Gearing up for Olympic offshore sailing

A mixed two-handed offshore keelboat event has been added onto the programme for the 2024 Olympics but there are still a lot of unknowns, not least off what class of boat will be used (and this might not be known until the year before the Games).

Regardless, sailors are going to need a varied skillset, like how to make a boat go fast in a range of conditions, driving at night, trimming, tactics, understanding weather and trust and respect for a teammate during a 72-hour race. October's inaugural offshore keelboat world championships in Malta could be a chance for a pair of sailors to test themselves early in the Olympic cycle (see below for details).

Yachting New Zealand caught up with five individuals who all have considerable offshore experience to get their thoughts on who would make a good short-handed offshore sailor and what people should be doing now if they have their sights on the Paris Games.

YNZ: What makes a good offshore sailor and one who could be successful at the Olympics? 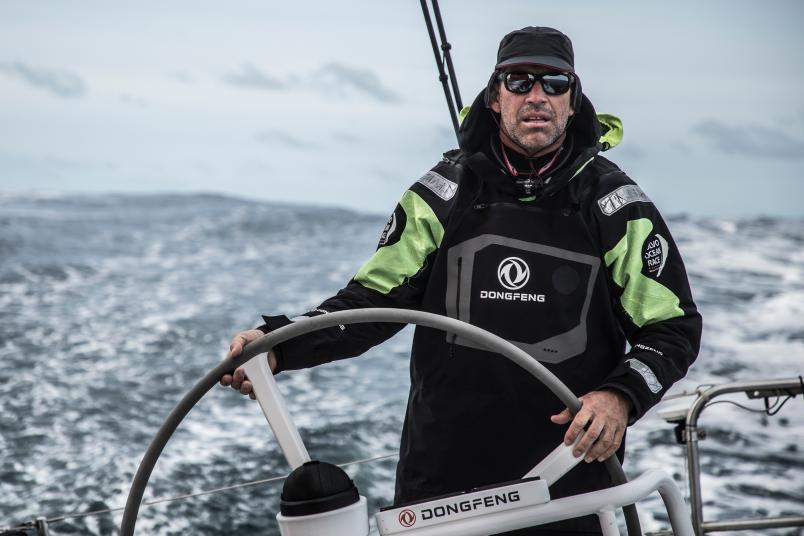 Stu Bannatyne is the most successful Ocean Race sailor of all time. Photo: VOR.

Stu Bannatyne: It’s not a simple answer, particularly as it relates to the Olympics. The boats aren’t yet known so it’s an overall, good technical knowledge of what makes small keelboats tick. It’s going to be a really tight race, so it’s about making the boat go fast and for days on end. You are going to have to have reasonably good fitness and experience with sleep deprivation. One of the hardest things about offshore sailing is being able to make fast decisions when you’re sleep deprived. That’s going to be tough. It takes practice and some people are better at it than others. It comes down to things like management of your sleep and nutrition.

Bianca Cook: Someone who is motivated to get stuck into absolutely every aspect of it. You need to be driven and mentally strong. It not just about being physically strong because a lot of it comes down to mental preparation. You have to be a team player because, even though it’s two-handed, you’re still a team. It’s the guys who get stuck in without having to be asked are the real team players in my eyes.

Making good decisions is definitely going to be a challenge. One good thing is that there are only two people making the decisions and you really have to bounce off each other. You’re putting your life completely in the other person’s hands. When it comes to fatigue and being hungry while you're pushing as hard as possible, decision making is really important.

Blair Tuke: You obviously have to love it and be pretty well rounded. Boat speed in offshore sailing is key because if you are slightly faster than the rest you can really start to see some gains after 24, 48 or 72 hours. You need to be able to push for long periods of time. In a 72-hour race, you can push hard and know your body can go without much sleep. A lot of what we did in the Ocean Race, you get into a routine and your body clock syncs to the watch system. I found the shorter legs in the Ocean Race to be the tougher ones because you just push so hard and you can’t let your foot off the throat. You’re doing sail changes with every wind shift and it’s going to be the same for the Olympic discipline. You have to keep making good decisions right to the end and it could be the decision in the last hour or two that could make the race. It is really difficult but having experience doing that and prioritising your time is key.

It makes it hard with only two of you. You have to make sure the boat is going fast as well as making sure you’re on the right part of the water. It’s understanding when to push, when the key times are and when you can get a nap. You also have to be pretty self-motivated. Short-handed sailing is quite different to a lot of offshore sailing where you have to fit into a team. You have to get the most out of the person next to you but there are only two of you. You have to be strong mentally to push yourself because there isn’t really anyone else around you to motivate you. You’re going to have to figure it out yourself.

Sally Garrett: I think being an all-rounder and specifically for girls you have to be happy to drive at night and by yourself. The other thing is you have to have some other skills. Between Rob and I, we are quite different people. He’s a rigger by trade, I’m a meteorologist, so we are able to cover quite different areas of the campaign and be solely in charge of them. You’re running an offshore programme but with only two of you.

Daryl Wislang: A lot of the top offshore sailors are from dinghy backgrounds. That gives you a good feeling of what the boat does and what the controls do because there’s no difference to sailing a dinghy and adjusting cunninghams, outhauls and rig tension and an offshore boat. It’s just on a bigger scale. Having a good knowledge of all of those aspects is key. It’s very hard to teach someone if they have just gone straight into a keelboat, it’s very hard to teach them feeling on a boat. It’s easier to do that on a dinghy because the response is a lot quicker and if you muck it up you go in the water.

YNZ: What should people be doing now if they have their eyes on campaigning for the 2024 Paris or 2028 Los Angeles Olympics?

SB: It will be new skills for a lot of people, new routines, so it’s definitely worth getting in a lot of practice. You can start with low-level racing but it will be absolutely critical to do some really high level, offshore racing of the right length to replicate what the Olympics will be. It starts now. It’s not really any different to any other Olympic class. It takes time to get to the top. This one will be a little different because it’s a new format and it will be a steep learning curve. 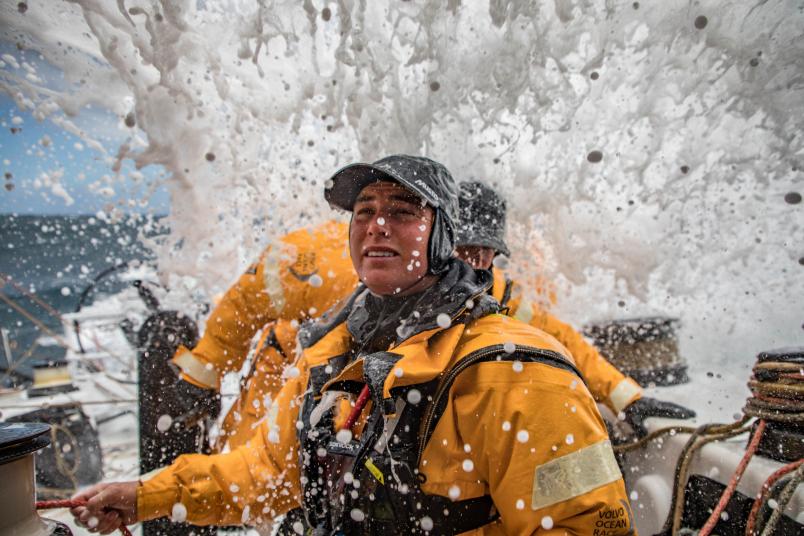 Bianca Cook is heading up a New Zealand team for the next Ocean Race. Photo: VOR.

BC: They should probably be doing the Round North Island race. That’s the best training platform in New Zealand in my eyes at the moment. It’s the perfect opportunity to see how your body works while two-handed sailing. You should be getting involved in SSANZ racing because you want to be putting yourself in that two-handed environment. There are people out there looking for crew. It’s such a strong fleet in NZ at the moment. Unfortunately we don’t have a lot of offshore racing but you could do the Coastal Classic two-handed or get involved in the Auckland to Fiji race or doing deliveries. It’s all about time on the water.

If you look at what other countries are doing at the moment, teaming up with a partner is definitely something people should be looking at if your ambition is to go to the Paris Olympics. If you look at the US and England, people are pairing up and creating that partnership early.

BT: There are a lot of little offshore races to start getting some time out there and you should embrace that and take it on, like the Sydney to Hobart and Fiji race. On the short-handed side of things, there’s the Round North Island race and some of the SSANZ ones are longer. It gives you a little bit of experience. At a higher level, France is by far the most advanced and most professional at short-handed racing.

The levelling thing about two-handed sailing is that it doesn’t matter who you are but, at some stage, it will be harder than what you can do. I sail with someone who is 6ft 4, is a pro sailor and very, very strong and there are still days when he can’t do the job because it’s too hard. Everybody is going to have their limit. It’s just when that happens. We have learned to do things differently. You still try to sail fast but also try to conserve yourself because you don’t have as much resource as a fully-crewed boat.

DW: It’s about taking opportunities as they come and not being shortsighted about an opportunity. Even doing boat work or sail work might present opportunities on a highly-tuned racing boat. For people getting into double-handed sailing in New Zealand, you look at the likes of Josh Tucker and Damian Joliffe, they started off in a smaller boat and did really well, and then got another. They work hard on the boat, sails and everything. That’s their passion. For a young person, it’s probably about talking to people to get it off the ground.

YNZ: What was your reaction to the inclusion of an offshore keelboat event on the Olympic programme? Is it something that interests you?

SB: There’s also a lot of luck involved in offshore racing, particulary in the Mediterranean where they are going to be racing. The weather can be very fickle so it’s very conceivable you’re going to get medallists who get on the podium because they get a bit of luck. I don’t think that’s right for the Olympic Games, myself.

I’m very interested in the discipline and seeing how it develops. I don’t really have a great interest in doing a campaign myself for various reasons, one of which is the luck factor. They do say, the more you practice, the more luck you get, and there’s some truth in that.

BC: I think it’s amazing. It’s brought in another element of sailing and it’s another pathway for sailors. It is definitely something I was interested in when it was first announced but, at the moment, I’m concentrating fulltime on the Ocean Race. 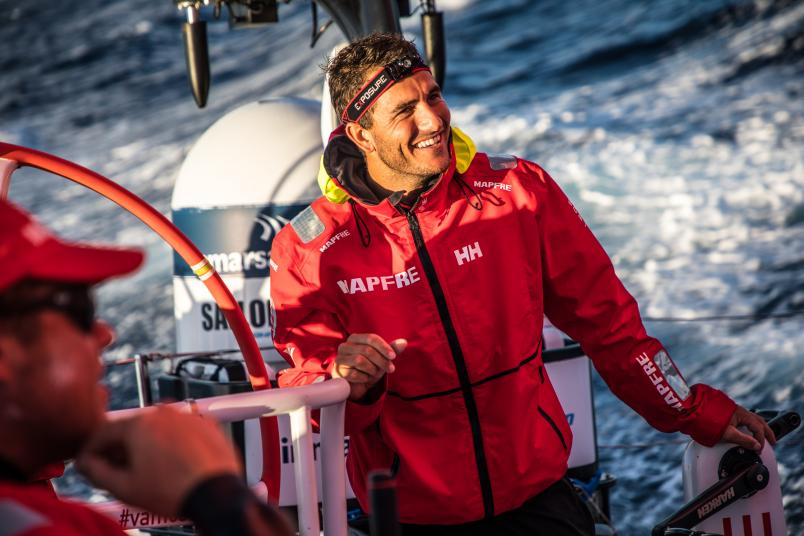 BT: I think it’s quite cool. It adds a different type of sailing into the Olympics. I was a little bit concerned about the cost of it, because it’s hard to do these campaigns and get practice, but I like the idea of it. As far as whether I'm interest, we will have to wait and see. The 49er is the boat that has interested me the most and we’ve had so much fun over the last 10 years. We’ll have to see what happens after Tokyo but Marselle and Los Angeles are two great places to sail offshore.

SG: It’s incredibly exciting. In my own case, it’s probably come a bit late for me. I couldn’t see a place for myself in the Olympics and wasn’t really enjoying my sailing when I took up two-handed sailing and it’s been a really good adventure. There will be some who make it to the Olympics and some who don’t but it’s going to be a different path to take. I hope it means we might get a one-design, two-handed fleet in New Zealand because both Rob and I are keen to buy into a fleet like that, not for our of Olympic campaign but those going to the Olympics need people around them to sail against and we are really keen to be involved in that.

DW: I was a little surprised but it’s a different discipline and great recognition for offshore sailing and double-handed sailing. It’s long been the understudy to the Olympic and dinghy classes so to get included in the Olympics is a huge step forward. I am interested but, with my ocean racing commitments I’m not sure I’m going to have the time you'll need to put into it. There might be time to jump into it after the next Ocean Race.