Yachting New Zealand are saddened by the passing of two well-known individuals in the sailing community and would like to pass on their condolences to their family and friends.

Sean Dickey was killed in a motorbike accident in Christchurch recently and had played a significant hand in the development of the Wanaka Yacht Club over the past few years, despite his young years.

Sir Russell Coutts walked away from an encounter with Sean Dickey saying, "there goes a future Prime Minister of New Zealand".

Coutts had been in Wanaka to help the Wanaka Yacht Club with the development of their sailing programmes, particularly around the O'pen Skiff. Dickey took it upon himself to formally thank Coutts and it's something that left a lasting impression.

"Sean being the senior guy in the group thanked Russell at the end," said Barry McKay, who was heavily involved in the Wanaka Yacht Club when Dickey was a teenager. "I'm not sure he had prepared the speech, but it sounded like it.

"Russell was blown away. Sean was an impressive young man. He was not only at the club for himself but for the younger ones, too, whether it was coaching or mentoring."

Dickey, who was only 22 when he was killed, was also very active in the secondary schools teams sailing scene before relocating to Christchurch to work as an ambulance officer. Hundreds attended his funeral in Wanaka recently. 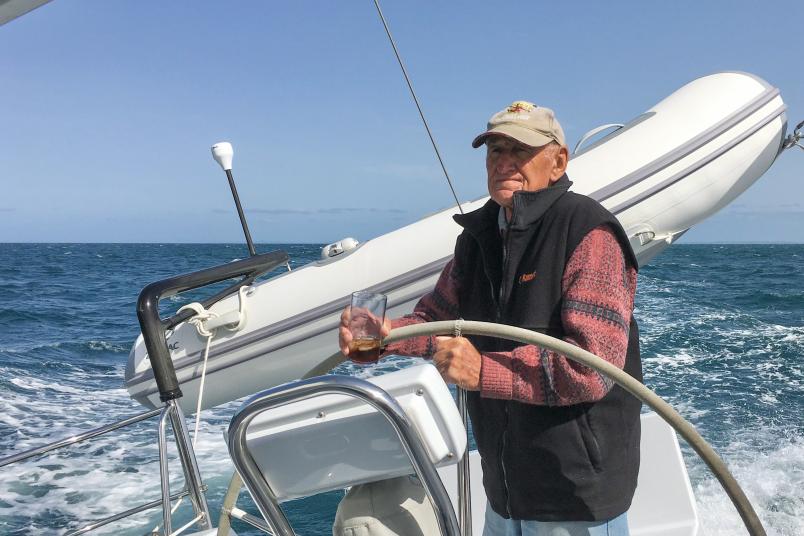 It's quite incredible Don Pollock did as many ocean miles as he did, considering he would often get seriously sea sick during passages.

Pollock was a member of the New Zealand team who famously won the 1971 Southern Cross Cup, sailing on Pathfinder, and repeated the feat in 1975 on Quicksilver. He also did several Clipper Cups, among a host of other ocean races, and was often called on to do boat deliveries.

"He actually used to get very sea sick," said longtime friend Erle Williams. "On one trip on Rainbow in one of the early Whangarei to Noumea races he was unable even to hold down fluids, but it never stopped him sailing. He was one tough cookie and with time actually got over it."

He was also a meticulous boat builder, spending many years working at Owen Woolley's yard before moving to work at Don Mosley Glass Yachts. He was such a craftsman, particularly when working with wood, he rarely let others help him with a build because he didn't trust them to meet his standards.

This attention to detail could be seen in boats he built for himself, particularly in the Davidson 45 Ace built of kauri which was recently refitted by Lloyd Stevenson. It was also a valuable attribute in his many years working as a Yachting New Zealand safety inspector.

"He was a tremendously clever yachtsman who was still going out on his own boat recently at the age of 86," Williams said. "He had a great love for sailing and being out on the water, and also loved having a few rum and cokes with his mates.

"He was a wonderful guy. He truly was one of New Zealand yachting's characters who was known and loved by everyone. Poll was also an incredible ukulele player who was usually the life of the party. On occasions he played until his fingers bled."

Don Pollock's memorial service will be held at the Kerikeri Cruising Club on Monday, May 9, at 1pm.