The America's Cup pitches boat against boat, sailor against sailor, but Laurie Davidson also liked it for the fact it was also a contest between designers.

Of course, Davidson was one of the best. He emerged out of an era of extremely talented New Zealand designers and helped Team New Zealand firstly win the America's Cup in 1995 and then defend it in 2000.

The quiet man with the white hair and thick, square, black-rimmed glasses is being remembered, after passing away on Monday aged 94. He is the third well-known New Zealand sailing figure to pass in recent times following those of Jack Lloyd and Earle Wells.

Davidson's connection with the America's Cup dates back to New Zealand's first challenge in 1987, when he worked alongside Ron Holland, Bruce Farr and Russell Bowler designing the 'plastic fantastic' KZ7.

He was employed to evaluate rival teams in the 1992 campaign because of his expert eye before rejoining the design team for the 1995 campaign at the invitation of team boss Sir Peter Blake, who recognised his skill, and interest, to work out what was possible within the design rules.

"I like to work with rules for two reasons,” Davidson told Rebecca Hayter and Boating New Zealand in 2007 when he was inducted into the America's Cup Hall of Fame. “One, to sort of analyse and try to get the best results out of it, and the other is, most of these rules are also studied by most of the top designers in the world and it’s good to compete against them.”

It's fair to say Davidson won along with Team New Zealand in 1995 when they swept the Americans 5-0 in the final.

In that challenge, Davidson worked alongside Doug Peterson and the team switched from NZL38 to NZL32 for the Louis Vuitton finals and Cup match, with NZL32 clearly having a click of extra speed over its rivals. 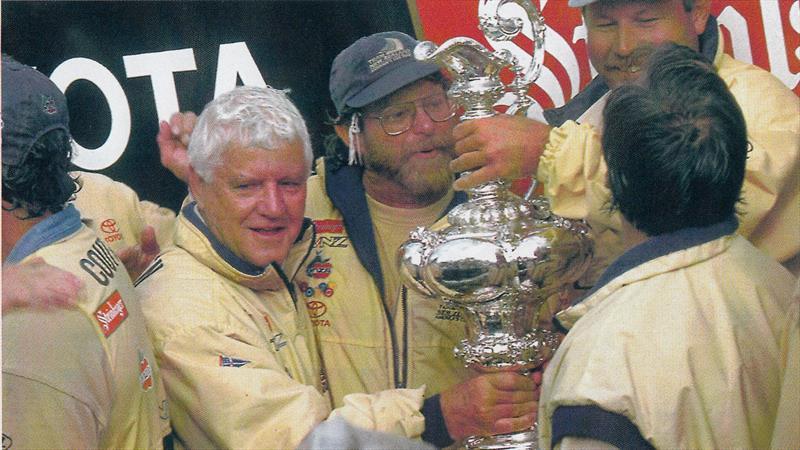 Davidson's flair came to the fore in Team New Zealand's defence in Auckland in 2000 when he was chief designer and he will forever be known for the 'Davidson Bow'.

"About halfway through [the campaign], we had the idea of working on the bow," said Tom Schnackenberg, who was design co-ordinator and navigator for New Zealand's successful 1995 and 2000 campaigns before taking over as syndicate head in 2003. "But it wasn't really well thought through.

"One day we just chopped NZL38 and put a transom on the front. It was an Optimist dinghy, just in front of the inner girth station, so it had a flat bow. We went out on the water and it seemed to go just the same as before. We thought, 'here we go'. This boat, under the rules, was now two feet shorter. We could take the entire boat and just stretch it two feet and it would be back to the same rating as before.

"We worked on that idea. Laurie worked away quietly on his own without getting involved in any of the discussions. He came up with a drawing, which didn't look much but it was his solution. A little while went by and eventually we built a tank model and it was the first model that was a jump ahead. Basically we built that shape for NZL57 and NZL60.

"We raced the Italians [in the Cup match] who basically had a tuned-up version of NZL32. If we had done nothing, we would have had a boat the same speed as them. As it was, we had a little edge. I would say the bow was the key difference between the two boats."

History will show Team New Zealand again swept their opposition 5-0, meaning New Zealand became the first non-American country to successfully defend the America's Cup. The bow shape, which had been pilloried by many in the leadup to the America's Cup match, became commonplace in designs for the next two editions before multihulls were introduced.

Davidson had decided before the end of that 2000 campaign to leave Team New Zealand afterwards and an invitation to join the American OneWorld challenge seemed a good fit, especially as Davidson had lived in the Pacific north-west for eight years.

It was a well-funded but controversial campaign, with the team being docked one Louis Vuitton point for being in possession of design secrets from another team. They were eventually knocked out by BMW Oracle one step short of the Louis Vuitton Cup final.

It was Davidson's last involvement with the America's Cup but that event didn't entirely define him.

He was an accomplished sailor who went on to become an acclaimed designer of anything from skiffs and M Class boats to half and quarter tonners and cruising boats. He name is attached to many well-known designs, like the Davidson 28, Davidson 31, Davidson 35, Davidson 40 and he also designed Outward Bound for Digby Taylor, which competed in the 1981-82 Whitbread Round the World Race and won the small boat honours.

While many raved about his designs, Davidson was not one to boast.

"He was not a salesman," Schnackenberg said, "but he always came up with the goods, in my opinion. I think he believed in himself but was just a typical Kiwi in that he let his boats do the talking. Once he got a customer, he kept them.

"He understood how a boat worked and had a good feel for the physics of a yacht. Even though he didn't do a lot of calculating that I could see, he had a pretty good feel for light, medium and heavy boats.

"If he said it was going to be OK, you knew it would be because that was a pretty outrageous thing for him to say. It brings people along." 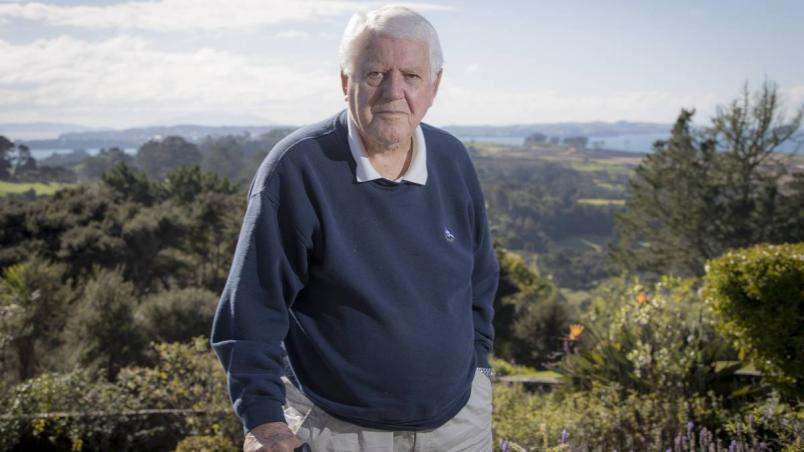 Laurie Davidson pictured at his home on the North Shore in 2017. Photo: New Zealand Herald.

The tributes for Davidson have poured in since his passing, with commentator Peter Montgomery saying, "Laurie Davidson changed the face of New Zealand and world sailing with his outstanding designs".

Earle Williams, who was on bow for New Zealand 1987 challenge in Freemantle said: "What a treasure he was to New Zealand yachting. His boats were always competitive, a pleasure to sail and at the same time great looking.

"Laurie came out sailing a few times with us early on and would sit down the back not saying much but when he did it was worth noting. It was always special to have a yarn with Laurie."

And Joey Allen, who was on the bow for both the 1995 and 2000 campaigns, fondly remembers his chats with Davidson.

"A man with a fantastic laugh," he said. "I always remember the conversations with Laurie about how much water was inside NZL32 at the end of each race. I would tell him 'we are sinking!' He would laugh and state the boat will go faster with a little water inside."

And that summed up Davidson. He always knew the fastest boat would win.