It’s a really exciting time to be a sailor, and a female sailor, as more and more opportunities open up in the sport and wider industry.

Yes, I sometimes wish I had my time again, but I also felt like a bit of a trailblazer having sailed in a couple of round the world races, multiple Sydney Hobart Yacht Races and having racked up over 100,000 nautical miles.

The last Sydney Hobart was with Ocean Respect Racing last year, when I joined a team of fully professional women’s sailors. It was so inspiring to be involved with that team of really skilled sailors and we were so motivated to do well in that race. We did, finishing second on handicap, blowing a lot of people away in the process.

There’s talk of us doing the next one, which I would like to think could happen, but one thing is clear is that there will be opportunities to come from that. And that’s how the sport of sailing works.

I do a lot of sailing, not just women’s sailing, and I’ve been lucky to sail with a lot of the top professionals like Brad Butterworth and Stu Bannatyne on Georgia. I still get really excited when I go out on the water because it’s a sport in which you can constantly be evolving and growing your knowledge base. I’ve learned other aspects of the industry through my work in testing, sales and support with PredictWind, and previously working at KZ Racefurlers. 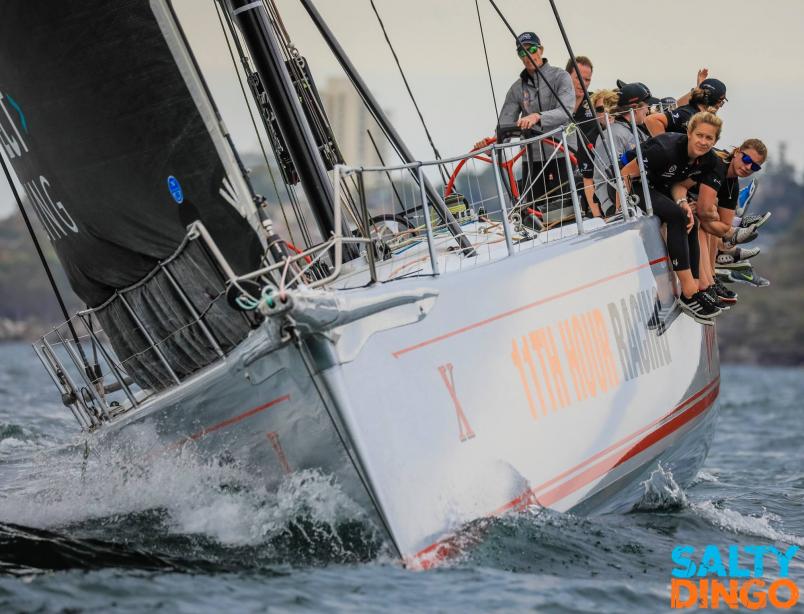 Keryn McMaster was a member of the fully professional women's team who were second on handicap in the last Sydney Hobart Yacht race. Photo: Salty Dingo.

I would like to be involved in the next Ocean Race in some way, but how I do that I haven’t really figured out yet. It’s a race that’s been a big part of my life, but I have two teenage girls and that’s something as a single mum I have to balance up.

Perhaps it will be in a mentoring role and that’s where I see myself going in the future. I would love to help Bianca Cook with her plans for the next Ocean Race because, even if I can’t sail, I think I’ve got something to offer.

Mentoring is such an important aspect of sailing and I was lucky to have people like Joey Allen and AJ Kearney teach me when I was young. They took me under their wing at the Bucklands Beach Yacht Club and I was able to move on to bigger and better things because of their guidance.

A family friend is staying with me at the moment, Rebecca Hornell from the Bay of Islands, and she wants to get into sailing professionally.

We’ve been talking a lot about how she can achieve that and she’s giving herself every chance sailing at every opportunity and by doing a rigging apprenticeship.

If you want to be a professional, you can’t expect to rock up thinking you’re a good sailor and think that’s enough. You have to bring other things to the table.

For Bex, it’s a rigging apprenticeship. For me, I trained as a nurse and having a medic on board for an offshore event is a must. You have to have something else to complement what you do on the boat.

There’s a push to get more females into trades in the marine industry and it’s something I would advocate, because not everyone is cut out for university. It’s another thing you can add to your CV which will help you get a foot in the door.

Sailing is also about networking because it’s quite a small community. A lot of youngsters ask me, “How do I get on boats?” and I always tell them the same thing.

You have to be the first on the boat in the morning, the last to leave, first to offer to dry out the bilges, first to grab a sail to move. Whatever you can do so people go, ‘that kid’s cool". Rather than telling people how good you are, go out and prove it!