Ben Beasley and Nick Gardiner were not only the youngest competitors in the recent Round North Island Race, at 19 and 20 respectively, but also on the smallest boat in the fleet.

Their yacht, Moving Violation, is an Elliott 7.9 designed by Greg Elliott and is just 7m on the waterline but they won two of the four legs in their division and were second in the other two and won the division overall.

Not only that, they also raised about $10,000 for Lifeline, who have been helping people in crisis for more than 50 years.

HW: What gave you the idea to team up with Ben and decide to do this gruelling race and how much time did you have to prepare?

NG: Ben’s previous teammate had to bail due to work commitments, so he was searching for another sailing partner and asked if I was keen. Being young and gung-ho, I was thinking. 'how hard can it be?' So the first sail with Ben was both a qualifier and the test sail, the SSANZ Enduro Series on May 9, 2019, to see if I was keen. After that, I was hooked and we were preparing at every available opportunity.

Race start day came around so quickly but I must say all the early preparation paid off and we were not rushing around last minute. 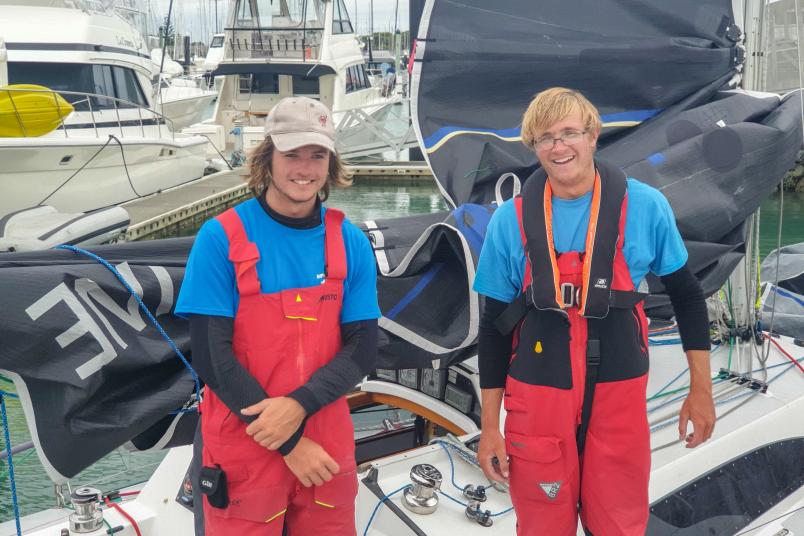 HW: What was your favourite part of the race and why?

NG: The favourite part for me had to be the second leg, after pulling off a split from the fleet, going wide to catch the other side of the high pressure and winning the leg in our division. It was interesting when we found out later, as we didn't really know where the rest of the fleet were. All we knew was that everyone we were with coming round Cape Reinga had tacked, but our weather models kept telling us to go west, and west we did.

My dad kept getting texts from his friends with comments like, 'please tell Nick it is around the North Island, not round Australia' and 'I hope they have packed their passports'. It was well worth the effort and what a ride we had once we got to the other side of the high pressure all the way to Wellington.

Most of the race was reasonably calm, although we were just beaten up at all the corners. North Cape and Cape Reinga were quite manageable but the waves were like fire hoses after North Cape.

Then we had Cook Strait. It was alright for the beginning after stacking every single sail and gear bag in the quarter berths to keep the stern down. We had to douse the S2 at the northern entrance as we had a little confusion with lights and boats, where we luckily enough changed to the S4 which was much smaller and easier to manage at night. When we found Coppelia on AIS we decided it would be good to follow them around Terawhiti, where we ended up being knocked over twice by a wave knocking our stern, and in the process bending our wind gear 90 degrees.

Along the south coast we received a large amount of breeze where we ended up dropping the jib and sailing under triple reef main alone still being knocked over with a peak gust of 59 knots on our wind gear. Then came beating up the Chaffers passage. Gusts were still 40 knots and it was still hard work with a storm jib and triple reef main. But, wow, what a ride leg two gave us. We were buzzing for hours after until sleep deprivation caught up with us. Big thanks to Matt Michel for getting the wind gear replaced and my father for all the shore support. 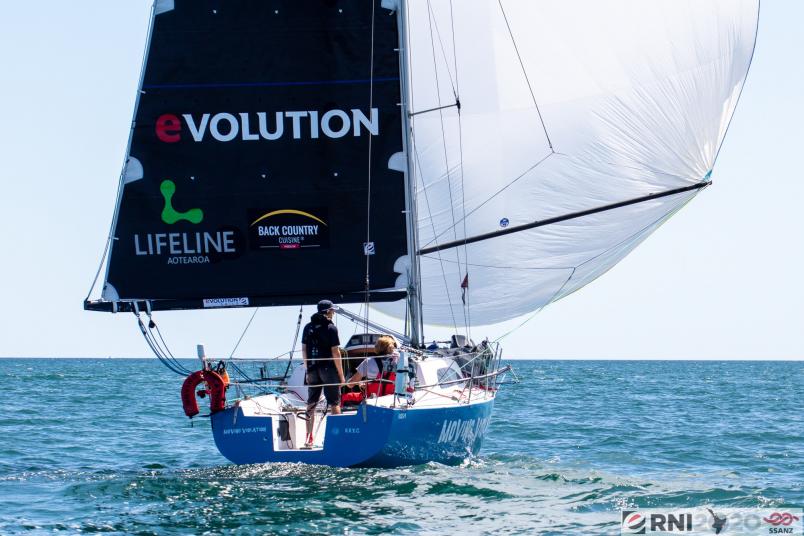 HW: Did you have any major breakers or wipeouts?

NG: Leaving Wellington was an eye opener. In the harbour it was a moderate 10-15 knots, so we put up the S2 on the way down Chaffers passage, but going past Bluff Point we saw the wind-speed on our wind gear begin climbing towards 30 knots. At that point we watched Fifth Dimension rip their kite in half and we pitch poled, with the rudder completely out of the water, cracking one of our stantions in the process. We recovered with the kite in one piece but with a very tired bowman. We learned our lesson, change down early.

The fleet compressed as we got into a line where the wind disappeared and the swells from both coasts continued so it was a very miserable night. We kept assuring ourselves that, 'we are enjoying this'.

At Cape Turnagain we got hit by a southerly gusting in the high 30s. We were thankful our course had taken us inshore so we were sailing dead downwind comfortably without the risk of broaching. We granny tacked to get around Cape Kidnappers, after which was an easy ride into Napier where we’d discovered that our starboard jumper spreader was bent down by 150mm. It was great the support from Napier Sailing Club, where we got our stantion and jumper spreader fixed. Once again, thanks to shore crew Dad.

The rest of the race was pretty easy going. The East Cape was kind and let us pass with good pace across the Bay of Plenty. We were becalmed just in sight of the Coromandel, going inside the Mercs and an easy reach/ downwind between Channel Island and Auckland. Wow, what a race and what and achievement. Gave us the buzz to do more offshore racing.

HW: How long have your been working in the marine industry and would you recommend this to other young sailors coming through?

NG: I began working in late 2016, working as a sailmaker and as a part of the RNZYS YTP scheme. I would definitely recommend entering the marine industry as I have had so many opportunities, such as getting to sail with customers in exciting events, getting the opportunity from Rodney (thank you boss) to give the Round North Island Race a proper go with his support and all the great contacts and support.

HW: Would you recommend others to do this race? What is good about shorthanded sailing?

NG: I would recommend the Round North Island Race. The entire experience was amazing and seamless, but would not have happened without the dedicated volunteers like Sarah, John, Steve and many others.

I wouldn't take this race lightly, though, and you need to be sure that you're prepared as this race was kind to us. But if the weather systems had been different, it could have been a very different race.

Long term, I would like to take up opportunities to extend my offshore and big-boat sailing as the buzz and exhilaration offshore provides, together with the camaraderie, are nothing less than fantastic.

I need to say a number of thanks, first of all to Ben for having the dream and putting up with me on a small 7.9m yacht for two weeks, Ben’s parents for being extremely supportive and putting me up after long nights working on the boat, the campaign couldn't have happened without them. Next I need to thank my father, for taking on the things that we couldn't have done without his expertise and sponsorship, to the wider shore crew who were at the stopovers and, lastly, to all the people who donated so generously to the approximately $10,000 we raised for Lifeline Trust. 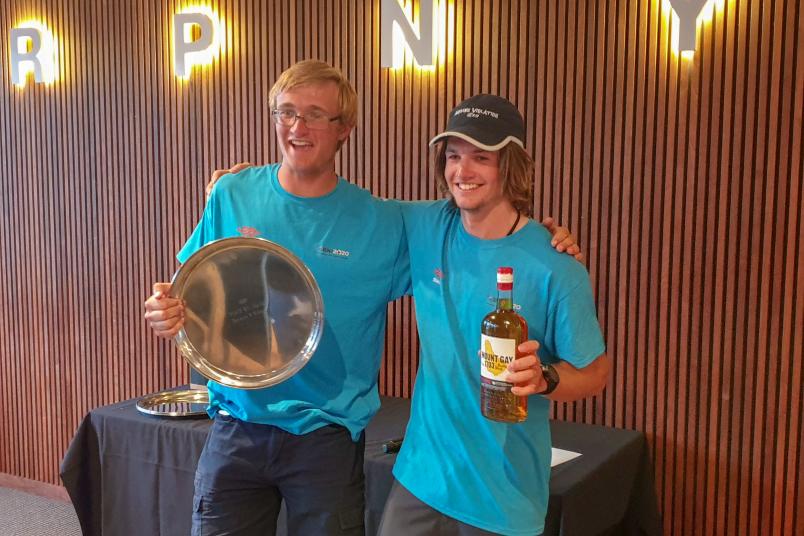