Whether it’s surfing, diving, or sailing, Lucy Te Moananui enjoys being alone in the sea.

The only female entered in the 2023 Trans-Tasman Race which sets sail on 9th April from New Plymouth says it’s the mental challenge that appeals, either barrelling through huge waves on her surf board, gliding through narrow underwater crevasses with scuba gear, or at the whim of the elements on her Contessa 32. 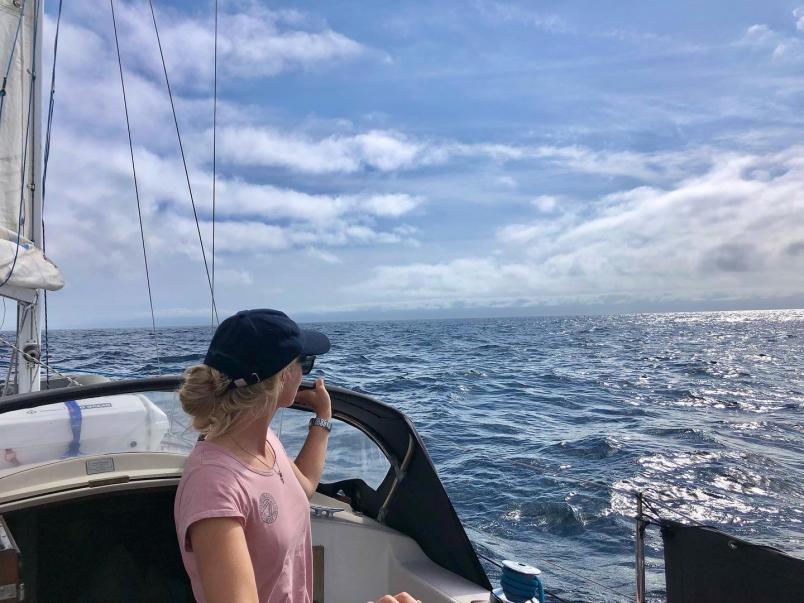 Sailing 1240 nautical miles across a notoriously rough stretch of water from New Zealand to Australia in an organised challenge has presented a perfect opportunity for the Kaikoura-based schoolteacher to "tick the box" on a lifelong dream to cross an ocean on her own.

“The solo side of things has always appealed. I quite like my own company and the challenge of putting yourself in a situation where you only have yourself to rely on. It’s like the challenge of big wave surfing – which I’m well familiar with,” she explains.

It’s hard to believe the 39-year-old with such an affinity for the ocean grew up on a farm in the middle of England.

“My mum is about as far removed from the ocean as you can get, but she did sign me up to the local yacht club on a lake when I was a teenager. We bought a little boat and that’s where my sailing started,” she says.

Lucy has lived in New Zealand for 17 years now and has owned a Farr 727, Cavalier 30, and her current boat ‘Nerissa K’, the Contessa 32 which she believes is “up to the job” of sailing from New Plymouth to Queensland. 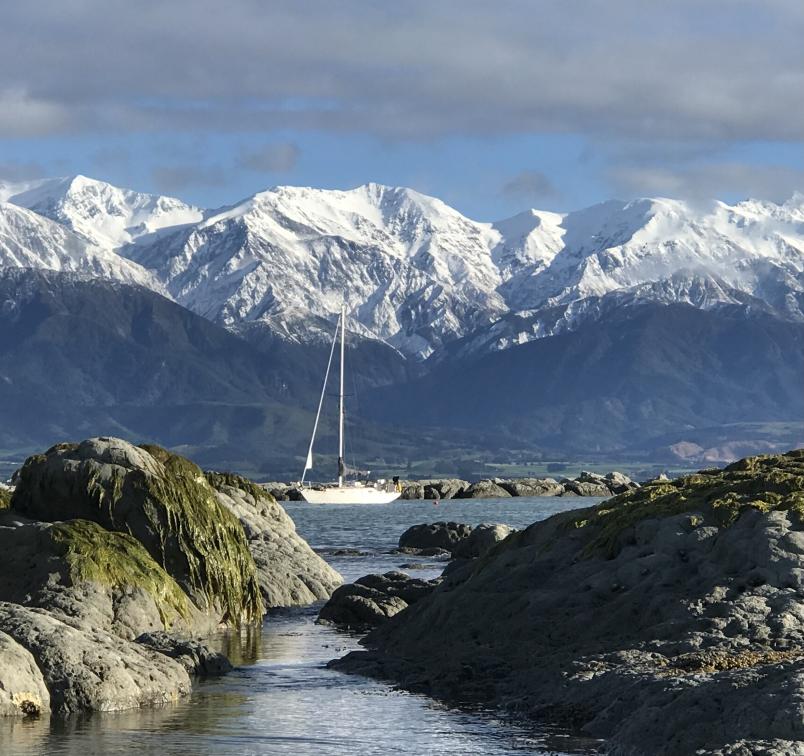 “I guess my story is a little interesting as I’m not a seasoned veteran having multiple offshore and singlehanded races under my belt like many of my fellow competitors. However, this is where I start to gain experience,” she says.

She’s spent time as a crew offshore and participated in gear tested for larger yachts and has covered many coastal miles on her own with the qualifying events required to enter the Trans-Tasman Challenge.

But the race itself will be the first time she’s crossed an ocean single-handed.

“My approach is to be as well prepared as I can for all conditions. I’ve chatted to plenty of people who have done this race before, and the running theme has been to prepare for any severe conditions, and train with your storm tactics. Most of my sailing has revolved around studying weather and picking your windows, so one of the biggest challenges is working to a date,” she says. 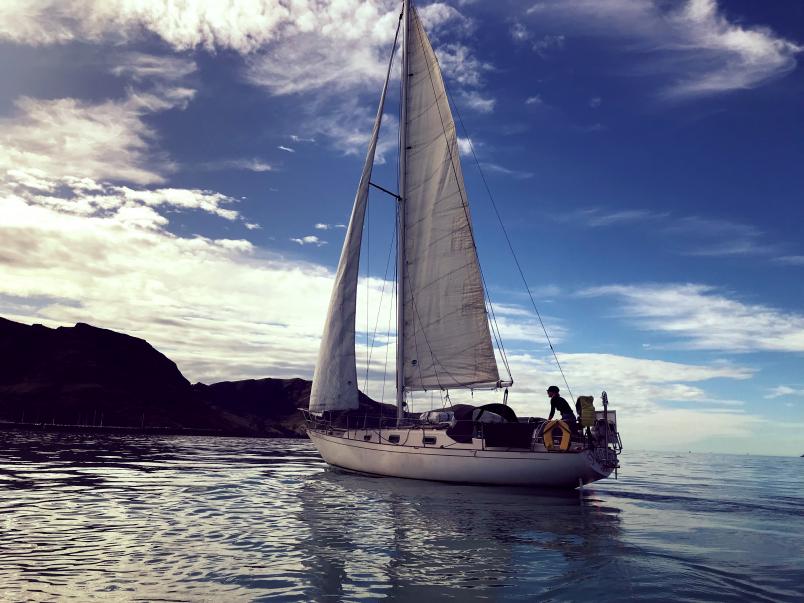 Lucy has lived in Christchurch, Nelson, and now Kaikoura, and met her husband and fellow competitive surfer Al through mutual friends on the beach. She's previously held national titles for surfing and has taught hundreds of students how to dive.

At Kaikoura High School she teaches "a bit of everything" including te reo Māori and art. She says the support from her friends, family and community has been overwhelming to take on the Trans-Tasman challenge.

“My husband is incredibly supportive, especially as he’s not from a sailing background. He’s also competed at the top level in surfing, and understands the drive, training, and time required to achieve a goal like this. He’s regularly onboard helping me train and seems to have a lot of confidence in me, which is encouraging!”

But like many other offshore sailors Lucy is fast discovering that the real challenge of an event like this is simply getting to the start line.

“It’s incredibly difficult. There’s a lot of boxes to tick, work to be done, and the training and courses required to enter the race. Time just starts ticking away, and when you’re in the thick of boat work and preparation it’s hard to see how it all comes together in time for the race – but you’ve just got to keep chipping away,” she says. 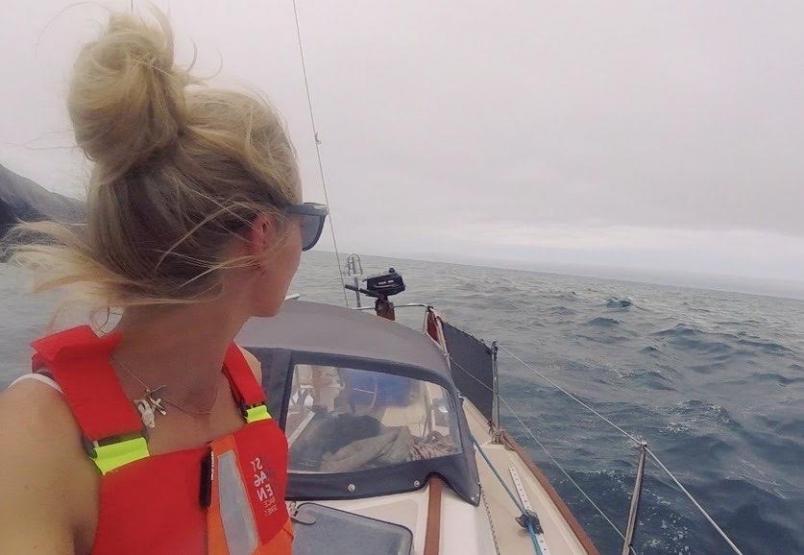 The one downside of being in Kaikoura is the limited options for keeping her boat there.

“At the moment Nerissa K is in Nelson, I took it there in October last year to get the standing rigging replaced, electronics installed, and other preparation work,” she says.

She’s feeling positive about the journey ahead and says it’s been encouraging being part of the 11-strong fleet of skippers who have all made her feel welcome.

“I’ve met some of the skippers already and there’s a real community feel about the fleet, it’s awesome to be part of,” she says.

The race, which has historically finished in Mooloolaba will this year send competitors to Queensland’s Gold Coast with a finish line off the Southport Yacht Club.

It will once again start from the New Plymouth Yacht Club in Taranaki.

The Solo Trans-Tasman Yacht Challenge is contested every four years and is the second-oldest continuously-run single-handed ocean race in the world. It's also the only race of its kind in the southern hemisphere and the 2023 race will cover 1240 nautical miles. Three classes will be catered for: Adventure class - Monohull, Adventure class - Multihull and IRC. Line honours is awarded the Sir Francis Chichester Trophy. For more information about the race history and 2023 line-up, visit the event page here.