It's appropriate the catamaran Micah Wilkinson and Erica Dawson sail is called Little Charger because nothing, it seems, is going to get in the way of them competing at the Tokyo Olympics - not even a broken leg.

Dawson fractured her fibula when training with Australia's top Nacra 17 crew four weeks ago in Queensland. The trapeze wire she was hooked into snapped, sending her into the path of the boat's rudder which she hit at full impact as it travelled at close to 20 knots.

She was immediately raced off to hospital where scans revealed the extent of the damage.

"It happened in the first 30 minutes of sailing but I really didn’t think it was broken when I went to hospital," Dawson said. "Then I found out it was a major, with the Olympics in five weeks' time.

"I was pretty heartbroken. I guess I didn’t really know what to think. I thought our chances [of competing] were gone. But then I read a few articles about [All Black] Waisaki Naholo [who recovered from a broken leg to play in the 2015 World Cup] and a few other sporting stars who had broken their fibula and it turns out it’s actually not the worst break because it’s just a supporting bone and you can still put weight on it. That was really encouraging."

Dawson then went to work with team physiotherapist Fiona Mather in the hope of getting back on the water. She tried almost anything and everything, and it's worked. 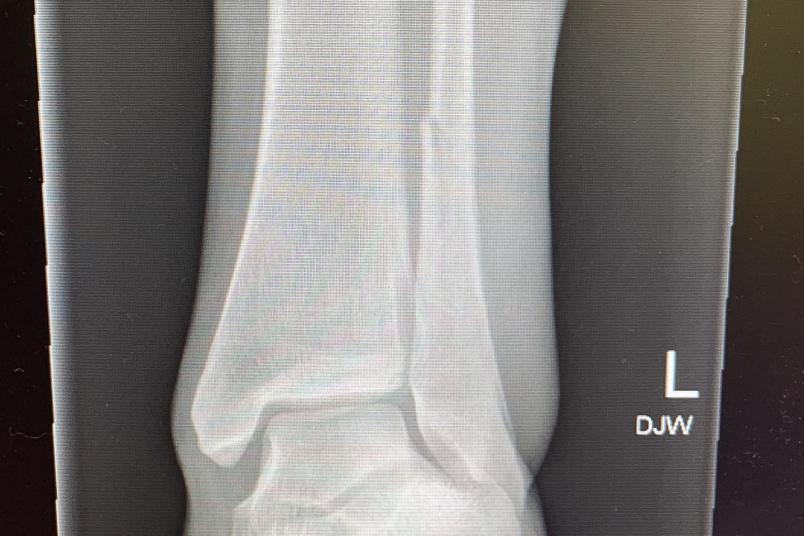 Wilkinson and Dawson went for their first sail together in a month a few days ago and Dawson, who is the crew on the foiling catamaran, came through unscathed.

"I think the fleet was pretty surprised to see us on the water three-and-a-half weeks after breaking my leg," Dawson said before Wilkinson added: "You could see the jaws dropping under the boom as she walked into the boat park to go sailing."

"I guess what I know is that the bone is healed and anything I do isn’t going to damage it," Dawson continued. "Yes, it’s going to be sore but a lot of it is mental and that’s what I’m working on at the moment.

"Every day my leg improves so much. A week ago I was still on crutches and being wheeled through the airport. A week from now it will be heaps better."

Competition in the Nacra 17 starts on July 28, allowing Wilkinson and Dawson another few days to find their groove again. They had displayed some promising signs, finishing seventh at the 2020 world championships and then second at a recent training regatta in Spain that featured most of the Olympic fleet.

Although the pair will be competing in their first Games, they have one of New Zealand's most experienced Olympic sailors, Jo Aleh, as their coach. The two-time medallist and former female world sailor of the year refers to her sailors, who are both in their mid-20s, as "the kids" and she's taken on a guiding role in their development.

Wilkinson and Dawson don't really know what to expect when it comes to the racing but won't be holding anything back.

"I think we have to be real and accept we haven’t had a perfect lead-in," Wilkinson said. "But we’ve never really had expectations. It’s about pushing as hard as we can and seeing where we end up. We will be there, we will be firing and we will charge on, regardless of what gets thrown at us."

The little chargers, you could say.