Mercury Bay Boating Club was hoisted off the water's edge and shifted 25m inland on Wednesday last week during a twilight keelboat race which saw the finish line, usually formed by the building itself, move for the first time.

The Whitianga club's Commodore Jonathan Kline found the bright side of a dire situation while recalling the absurd moment.

“It was the first of our Steinlager series for the summer, and as the keelboats were starting our Vice-Commodore was on the beach with a radio calling the start. The building which usually forms our start line was then lifted and moved, while the race got started,” he says. 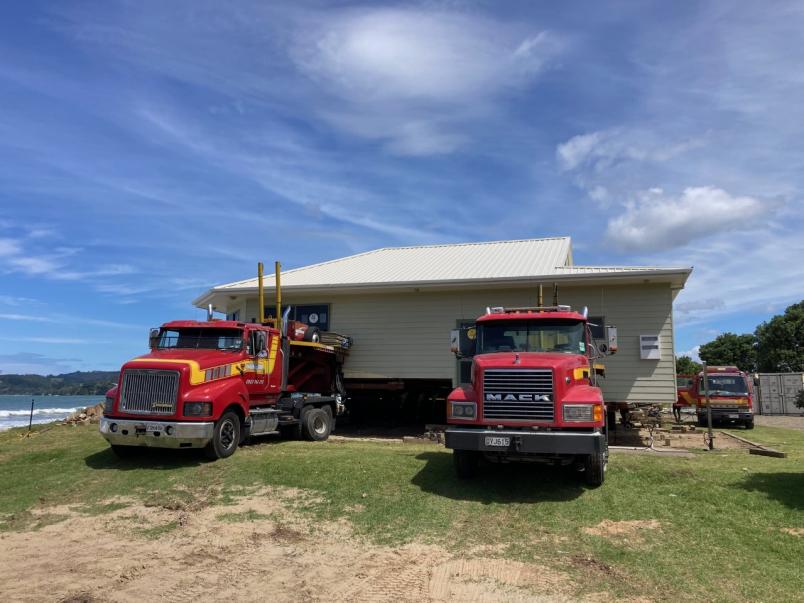 Mercury Bay Boating Club on the move during a twilight keelboat race starting off Buffalo Beach in Whitianga.

It had been nine days since the building was left teetering on the water’s edge in the wake of a storm surge caused by Cyclone Hale.

Two high-tide cycles eroded meters of land in front of the building and put the whole club at risk of being washed away.

“Herculean efforts” from club members and the local community to install a temporary coastal defence structure the following day prevented total loss, however funds are still desperately needed to carry out the process of relocation to the final position.

The building is now sitting safe and secure on temporary stands approximately 25m back from the edge of the dune, however it’s by no means a quick fix for the ultimate goal of moving it to the very back of the leased section.

“The building is now closed, and we cannot reinstate it in the current location, nor can we shift it to the final location until resource and building consent, along with Heritage New Zealand and all the different entities have been worked through,” Kline explains. 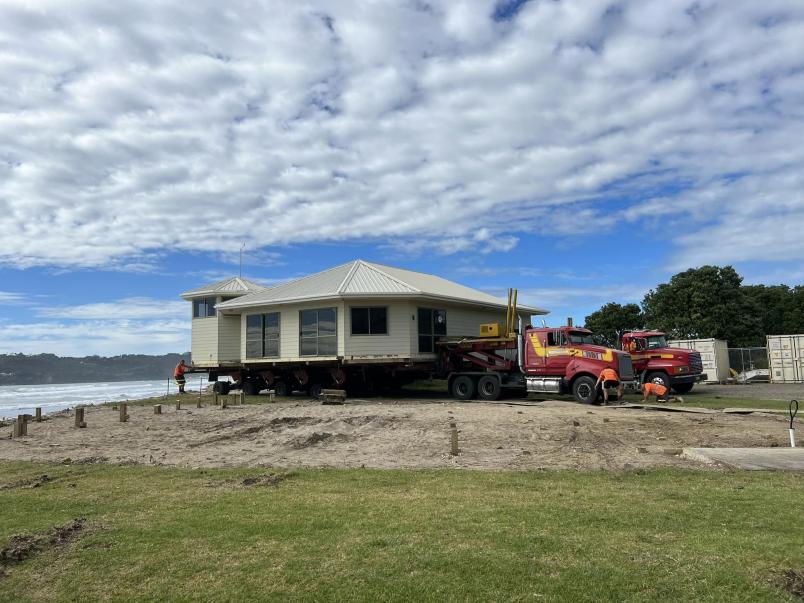 It’s difficult to predict a timeframe when dealing with these kinds of consents, and Kline says it’s more important than ever to ensure their junior and keelboat sailing programmes can still run.

“We do know that it’s an expensive undertaking, and we’ll be putting a budget together once we’ve caught our breath from saving the building. We know this will be a time-consuming process however, so in the meantime it’s essential to make sure we can run our summer racing and learn to sail, [programme]” he says. 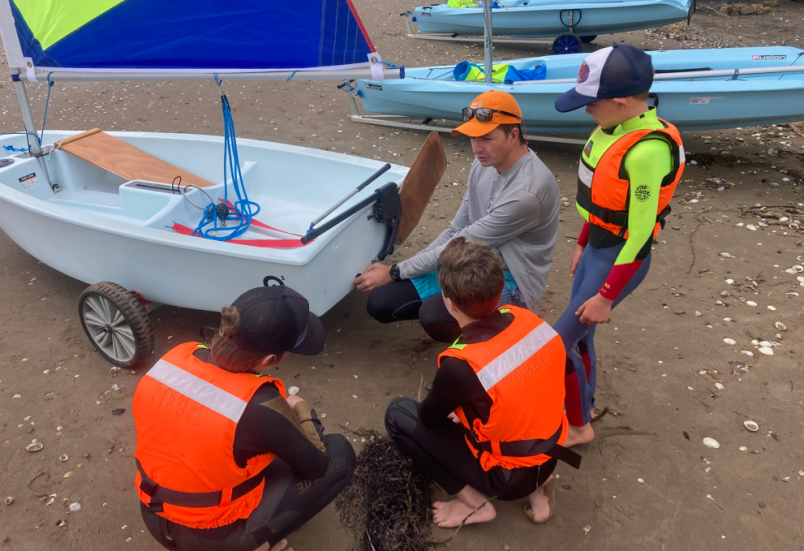 Learn-to-sail tuition taking place out of a makeshift container.

A container has been purchased to store equipment for the learn to sail courses and last week they successfully ran two courses with a bunch of happy young sailors.

“It was a big expense, but one we thought very necessary to keep kids on the water and inspired to sail. Learn to sail courses for the coming week are full as well." 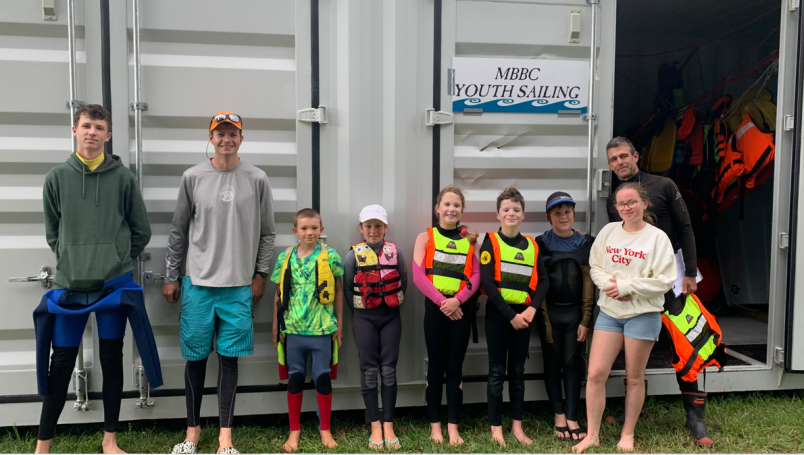 Entities including Waikato Regional Council and Ngāti Hei have already indicated they are open to discussions, and Kline says the process is off to a positive start.

One of the downsides of having the club closed for an undefined amount of time is the revenue lost from the usual stream of function hire and community use.

Kline says the fundraising page set up to raise money for the club's relocation has given them a good kick start to the journey.

Here's the link to the Givealittle Page with all proceeds going to the building rescue costs incurred thus far and to the goal of relocating the club to its final position.