Knots Racing rank as one of the world's best

Rankings don't always tell the full story but in the case of Nick Egnot-Johnson and Knots Racing it's a fairly good indicator of what has been a stupendously good 12 months on the match racing circuit.

Egnot-Johnson is currently ranked seventh in the world match racing rankings - this should jump up to five when the next ones are due to be released on August 14 - which is up 99 places from this time last year.

In that time Knots Racing have won the Governor's Cup and Match Race Germany, both grade 1 events, as well as the Nespresso Youth International Match Racing Cup, Hardy Cup and Oakcliff International and finished in the top three in five other events.

One of their biggest accomplishments and the event that really kick-started their progression, however, was finishing fifth at this year's prestigious Congressional Cup when they realised they can compete against the world's best match racers.

"That was the first event when we did well as a team against really good opposition," Egnot-Johnson said. "We learned lots from that and it has carried into these other events.

"It's super-awesome for us to be ranked as high as we are. It's a pretty cool thing for us to be able to see on the list that our team is ranked just as highly as some of the fully professional teams.

"We didn't think we would get here this early in our career, definitely not. Our goal for this year was to be top 20 because top 20 in the world can get you entry to most events that you want to do. We can pick and choose what events we go to now."

And that's a really significant point in the world of match racing. It wasn't that long ago they were scratching around trying to convince event organisers to offer them an entry and they often had to rely on their association with the Royal New Zealand Yacht Squadron's youth performance programme to get into regattas. 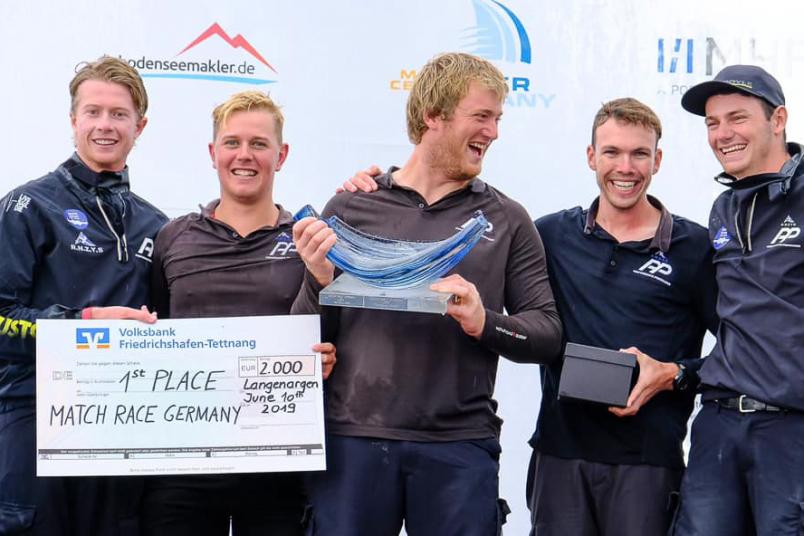 Most of Knots Racing are still in their early twenties - Egnot-Johnson is 21 - but some will be too old for the match racing youth world championships, which start in Russia this weekend. Egnot-Johnson will sail with Alastair Gifford, Taylor Balogh and Celia Willison for the six-day event in Ekaterinburg, when the quartet go in as favourites.

Knots Racing were fourth at the same event last year but two of the teams who finished ahead of them are now too old.

Before shooting off to the United States for a couple of regattas in September, Egnot-Johnson and most of the original Knots Racing team (Sam Barnett, Zak Merton and Tim Snedden) were contemplating racing in the relatively unfamiliar world of the M32 world championships but that is looking more unlikely. The team dabbled in catamarans earlier this year and know they need to keep an eye on the big picture.

"We specialise in monohulls and match racing but who knows where sailing could be in 10 years? It could be in catamarans, so it’s good to diversify."

Match racing is not where Egnot-Johnson saw himself even two years ago as he was blasting around on a 49er. But his sailing partner Jack Rogers was unable to sail due to a troubling injury so Egnot-Johnson put skiff sailing on hold.

"I started off doing the match racing to fill in time waiting for him to get better but just fell in love with it and haven't gone back since," he said.

That's unlikely to change for the forseeable future, especially if the World Match Racing Tour is reinvigorated after a couple of quieter years.

It's inevitable members of Knots Racing will receive offers to race in other teams and events - and Bradley McLaughlin races with Gladiator in the 52 Super Series - but they're hopeful of sailing together as often as possible.

Much of that could be dependent on their world ranking and that should take care of itself if they have another year like their last 12 months.