Kiwi sails solo to the UK to get to a party

His mother's 80th birthday celebrations was the impetus Andrew Ventura needed to sail solo halfway around the world last year and it was a journey packed with damages and drama but mostly delight even though he arrived late for the party.

Ventura departed New Zealand in December last year and sailed 12,000 nautical miles across the Southern Ocean and up the Atlantic. He had originally planned to do it in 2017 for his father's 80th birthday but saw his engine blow up when departing the Chatham Islands, forcing him to limp back to Auckland and contemplate another attempt.

That came in the middle of 2020 when he decided to "give it another nudge" and originally planned to do this one non-stop, given the world was in the grips of a pandemic.

Halfway across the Southern Ocean, though, he discovered a problem with his chain plates, fearing his mast on his Wauquiez Pretorien 35 might come down, on top of his engine refusing to start because of an electronic issue and losing virtually all means of communication through water damage.

"The journey across the Southern Ocean had its moments," Ventura said from MIQ after returning to New Zealand. "I was never out of communications entirely because I had a Garmin device in which you could send and receive text messages. It meant I was always in communication with the outside world letting people know what was going on even though I couldn’t talk to them.

"I was becalmed twice, if you can believe that. It comes as a surprise to you where you expect constant wind. The boat just rolls and the sails flap. It drives you up the wall.

"Going around the Horn itself is a memory that will stick with me forever because it’s such an iconic piece of land. It was a little frustrating because I was becalmed for 36 hours, eight miles from the Horn. I was actually drifting towards land so it was a very uncomfortable night but the wind came up very strongly the following morning."

It meant he battled headwinds most of the way up to the Falkland Islands, where an engineer was able to fix his rig and electronics and help him locate another satellite phone. 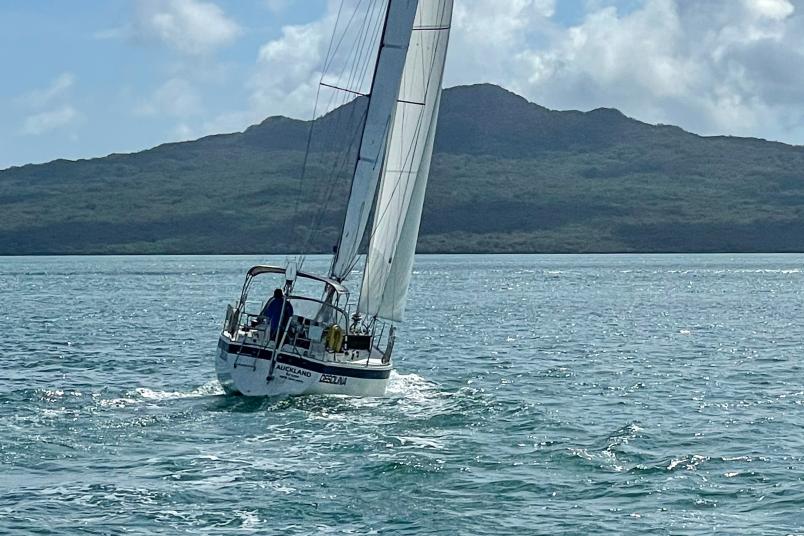 Ventura took roughly two months to cross the Southern Ocean and make it to the Falklands Islands and it took another 82 days from there to reach the UK. It was longer than he had anticipated, meaning he meant his mother's birthday.

When he did get there, his entry into the UK was largely trouble-free, despite uncertainty over travel restrictions due to Covid-19.

"When I got to the UK, because I had been isolating for the best part of three months, thankfully they put commonsense before anything else and let me walk straight in," Ventura said. "It partly helped that I had two passports (New Zealand and British) and partly through being at sea for so long.

"I still have a few friends in the UK who wanted to come down and greet me but I wrote to them asking them not to. The last thing I wanted was for people to come and spread Covid because it was before the vaccinations had really kicked in.

"My sister and brother in law came with champagne and unfortunately my mother broke her hip on her birthday. Nevertheless it was great to be back on dry land."

His mother's injury, and the fact the UK had been in lockdown, meant the 80th celebrations were delayed and, when they did have a party, it was significantly smaller.

Ventura originally planned to sail back to New Zealand, through the Panama Canal, but that would have required enlisting the help of some locals to navigate the canal.

"I would have needed four or five others to help me get through and didn’t want strangers to come on board during a pandemic," he explained.

Instead, Ventura sold the boat and flew home to New Zealand at the end of June, necessitating two weeks in quarantine.

Many find their time in MIQ challenging but Ventura is used to spending time in a confined space and on his own. In fact, when Yachting New Zealand caught up with him, he was rather enjoying the experience of being waited on.

It's also given him time to reflect on what he's achieved over the last 12 months. 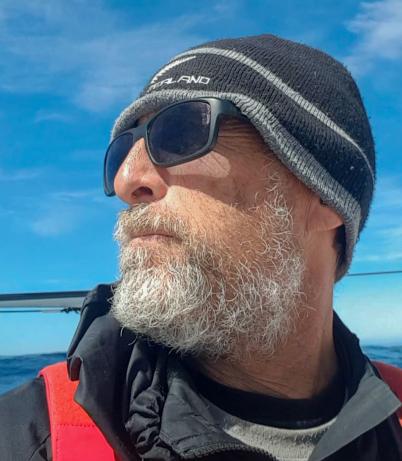 "It was an awesome trip," he enthused. "I saw a lot of wildlife I’d never seen before, had some rough weather, which you'd expect, and experienced an awful lot. I probably wouldn’t do it again but I’m glad to have done it.

"The experience of being at sea wasn’t new to me, having done a couple of Atlantic crossings when I was younger along with a lot of sailing in Europe and the Mediterranean, but the extreme conditions in the Southern Ocean was. It’s a big, lonely place.

"It was a great experience but bloody cold and bloody damp. There’s so much condensation inside the boat that everything is dripping. Although I was expecting it, it was one of the biggest trials because 55 degrees south is a long way south."

Ventura doesn't have any immediate sailing plans and feels he's satisfied his need to go offshore for a while. Instead, he might charter a boat and go for a Christmas cruise.

There's bound to be a party he can find to go to.