Tracy Edwards takes a moment to compose herself. It's 30 years since the 1989/90 Whitbread Round the World Yacht Race, but she still struggles with the fact Maiden finished runner-up in her division.

"I was absolutely gutted," says Edwards, who is in Auckland for the first time since famously winning the leg into the City of Sails with her all-female crew. "I have never got over it. It worries people. They are like, 'give yourself a break' and I am like, 'no'. I will never stop being angry with myself for the two mistakes I made. I just can’t, ever, because we could have won."

Most expected the crew on Maiden to die during the race, even Edwards' mum. The Whitbread has been described as the Everest of sailing but it was conveniently overlooked that the world's highest peak had been knocked off by a woman in 1975.

They were told they weren't strong enough or smart enough and that women didn't get along. Renowned sailing journalist Bob Fisher perhaps summed up the pervading view of the time best when he described the crew competing in the race as a "tin full of tarts". 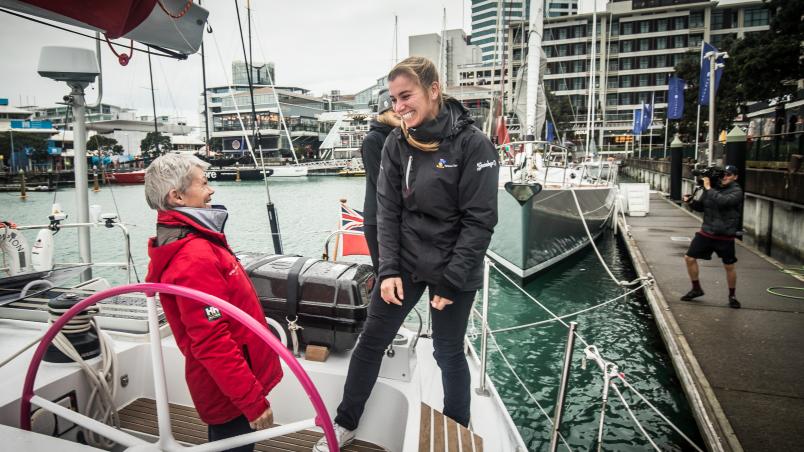 Rather than finding it hurtful, Edwards just accepted it.

"We grew thick skins very quickly," she says. "We had to. At the time, almost any publicity was good publicity. It didn’t matter what people were saying, they were talking about us.

"When we came into New Zealand, and Bob was here, he wrote, 'they are not just a tin full of tarts, but a tin full of smart, fast tarts'. We were over the moon. What an accolade. My daughter looks at me now as if to say, 'are you mad?' But it was a step in the right direction. It was hard to get him to write that. Bob allowed himself to have his mind changed whereas a lot of the others kept on the same vain."

What changed Fisher's mind was the fact Maiden had just won successive legs in the race and was leading her class. Their rivals hated it, those in other classes, like Sir Peter Blake who went on to claim line honours in all six legs and win the race overall on Steinlager II, were impressed.

"Sir Peter Blake was one of the first big-name skippers supporting us, right from day one," Edwards says. "He was way ahead of his time. By the time we got to New Zealand, he was like, 'yeah, I knew they could do it'."

Edwards also started to think they could win the whole thing and that scared her.

"It wasn’t that we didn’t think we could win but when we were the underdog it was easy, because anything we did other than die was a bonus," she explains. "I did not deal well with the whole winning thing because then I got stressed and aware of the fact that if we lost it was going to be my fault. I piled pressure on myself which was not helpful, at all." 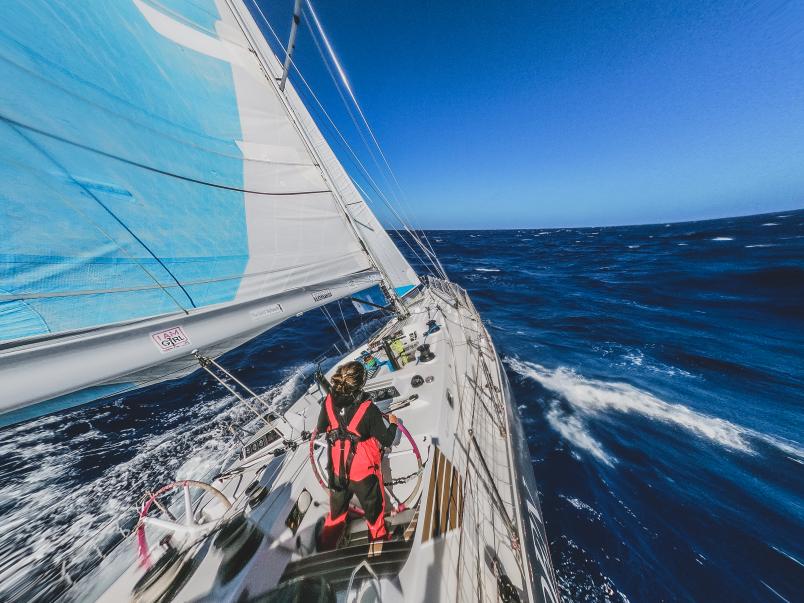 Maiden departs Auckland for Honolulu on Sunday with five New Zealanders on board. Photo: The Maiden Factor / Amalia Infante.

Maiden and Edwards are on another voyage around the world, this time to raise money and awareness for female education globally. It's pure coincidence their journey is happening at the same time as a documentary on Maiden's exploits in the 1989/90 Whitbread but it's proving to be mutually productive.

Not only is it raising awareness of both projects, but it's also helping Edwards deal with what happened 30 years ago. She's now starting to accept that what they achieved was significant.

"When saw film for the first time last June, we remembered how hard the race was. The second thing was finally being able to say, 'I am so proud of what we did'. I spent 30 years batting that sort of talk away. It wasn’t nothing. It was something."

It's easy to see it's also rejuvenated Edwards.

"Well, I had a shitty few years after Maiden and I didn’t want that to be the last thing I ever did."

There was the nervous breakdown, failed marriage and bad press. At times she was as broken as Maiden when she was found in the Seychelles in 2014 and about to be scuttled.

Bianca Cook was supposed to go sailing on Maiden today before the boat departs on Sunday but strong winds and rain prevented that from happening. Cook, who sailed in the last Ocean Race and is putting together a New Zealand team for the 2021/22 edition, was born the year Maiden competed.

"The thing that was the most inspiring was the fact she was told they couldn’t do it and wouldn’t be competitive and she proved everyone wrong," Cook says. "She really paved the way for female sailors around the world and it’s opened up doors for me to be involved in the race. I personally don’t think we would be where we are today if it wasn’t for Tracy Edwards and Maiden."