Drama all part of 100 years of Lipton Cup

Brian Trubovich once spent a night on Rangitoto Island after the mullet boat he was on ran aground and he was left behind during the rescue operation.

He trudged around the shoreline to Islington Bay and stumbled upon a camp where he spent the night before being picked up the following morning.

It is just one of the hundreds of stories that have become synonymous with the Lipton Cup, which celebrates its centenary race on Saturday.

The Lipton Cup is the oldest trophy still raced in New Zealand and has never been interrupted, regardless of weather, war or worldwide pandemic. Even last year's 99th, which was delayed by a few months because of Covid-19, was eventually sailed with Trubovich securing his third title as skipper onboard Tamatea.

Trubovich is into his 80s, but considers himself a relative novice given he didn't start sailing until his mid-50s and didn't get involved in the Lipton Cup until the 1990s. One of his first was when he was crewing but the mullet boat he was on ran aground near Rangi Light.

"It was a really windy day and we were getting a bit close to the rocks," Trubovich said. "We needed to get some speed up and bear away but instead got stuck in irons behind the lighthouse.

"I was told to jump overboard with the anchor because we thought it was only about five feet deep but we were actually on a pinnacle and it was about 30 feet. I was quickly about halfway down so had to let the anchor go. I managed to get back to the surface even though I had full wet-weather gear on.

"The boat had a hole and got towed back to Westhaven but I couldn't get on board quickly enough so had to spend the night on Rangitoto." 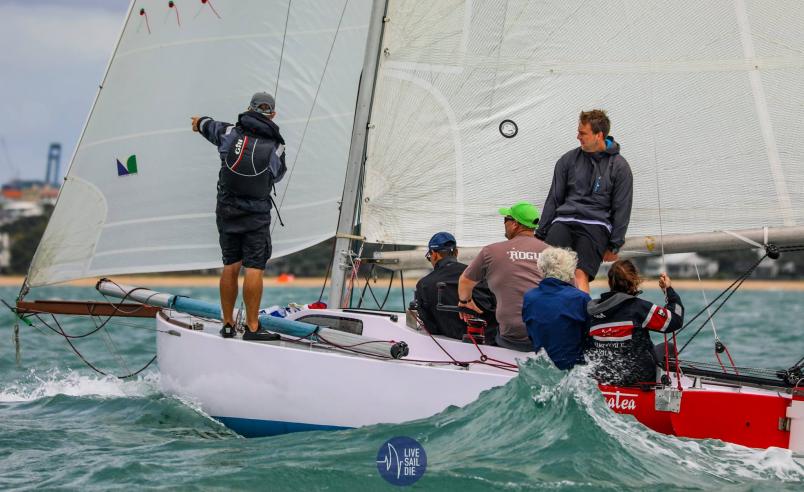 Most of the fleet have had their fair share of drama - Trubovich thinks every boat will have sunk at some stage - and it's largely due to its design. The boats are only 22 feet long (6.7m) but have a huge sail area so are often overpowered.

They were designed this way so fisherman could get their catch back to shore quickly in the days before engines and refrigeration.

"The boats have way too much sail for their size," Trubovich said. "They're also open boats so if water keeps coming in, then they're probably to sink. And a lot have."

Conditions are forecast to be pretty good on Saturday, with a moderate southerly on the cards, but Trubovich has a talented crew alongside him including Andrew Wills, Josh Tucker, Tim Snedden, Jamie Logan and Bradley McLaughlin.

Tamatea will line up in a fleet of nine confirmed starters for the Lipton Cup on Saturday, and there will also be three H Class and one L Class gaff-rigged boats taking part. Among the starters will be Valeria, which won the first Lipton Cup and is still very competitive, and nine-time winner Orion II, helmed by Martin Robertson, will be among the favourites.

The race, which starts off Westhaven at 11am, normally takes about four hours but has seen some incredibly close finishes. in 1928, for instance, a deadheat was declared when Valeria and Varuna couldn't be separated.

Trubovich would love to win the 100th Lipton Cup race but he would also like to get back to shore with the boat in one piece and with its skipper still onboard.