The Charteris Bay Yacht Club are known for building the first Optimist boat in this country but they're keen to add to their notoriety by hosting more national regattas.

After not having hosted a nationals for some time, Charteris Bay last month ran both the Tauranga Cup (and associated Tanner Cup) for P Class sailors as well as the Swire Paper Tiger national championships. If that wasn't enough, they also hosted last weekend's South Island Age Group championships.

"It's been a busy time," commodore Adam Hadfield said with a chuckle.

"I wouldn’t do it next week but as a club we have realised we are more than capable. Annually we would like to run a national regatta - I think we would limit it to one a year - because we think we have the resources and the people. Really, I just think people love doing it and it’s also good financially."

A set of coincidences and circumstances saw them host two national championships last month. The club have built a strong and active fleet of Paper Tiger sailors, mainly among parents of sailing children, and were asked to host the nationals. Soon after, they were approached by the P Class association to host the Tanner and Tauranga Cups.

"We knew it wasn’t ideal but thought it was a great opportunity so we went for it," Hadfield said. "Because we travel to so many regattas, we see the effort that goes in to make them such great experiences so we felt we needed to meet that bar if not try to raise that bar.

"It’s a great thing for the club and brings a lot of life to the club. We found we had new members, and old members who used to be active have come back. There are a lot of good reasons to do it but it is a big undertaking."

That's especially the case for a club with a membership base of 180 that relies entirely on volunteers. They spread the load among the committee and wider membership across both national championships and tapped into people's individual skills and strengths.

Hadfield, for example, has experience working with sponsors and brought on a number for the events. He now hopes to sign them up to a longer-term relationship with the club. 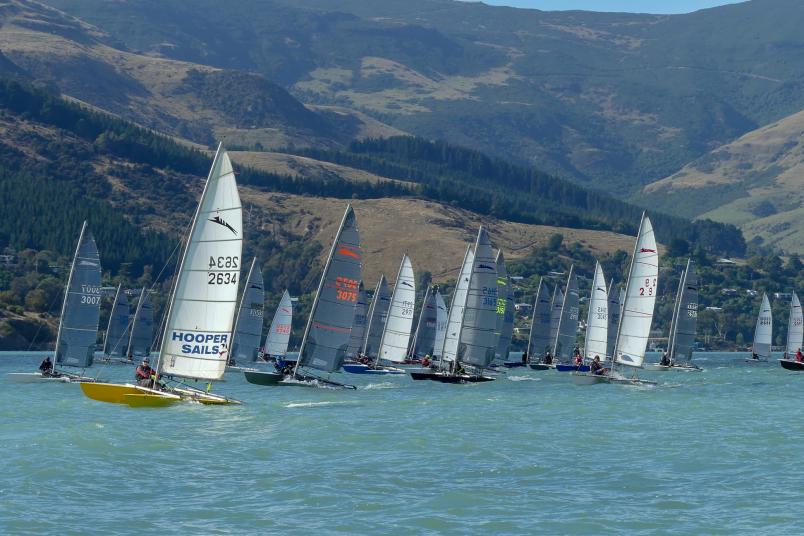 Charteris Bay are fortunate to have plenty of capable individuals within their membership and they also have a group of older members who complete small, and not so small jobs, around the club every Wednesday, sometimes with the help of 'younger' members. Known as the Last of the Summer Wine, the group has been around for about 20 years and members need to be invited to join - there's even a waiting list to get on.

Most have a long involvement with Charteris Bay and offer guidance and assistance when needed.

The club's hierarchy is set up slightly different to most clubs, with the commodore appointed for only two years and a succession plan established well in advance.

Charteris Bay have long been known as a family-friendly junior club but they've grown their senior fleet in recent years as more parents have taken to the sport. 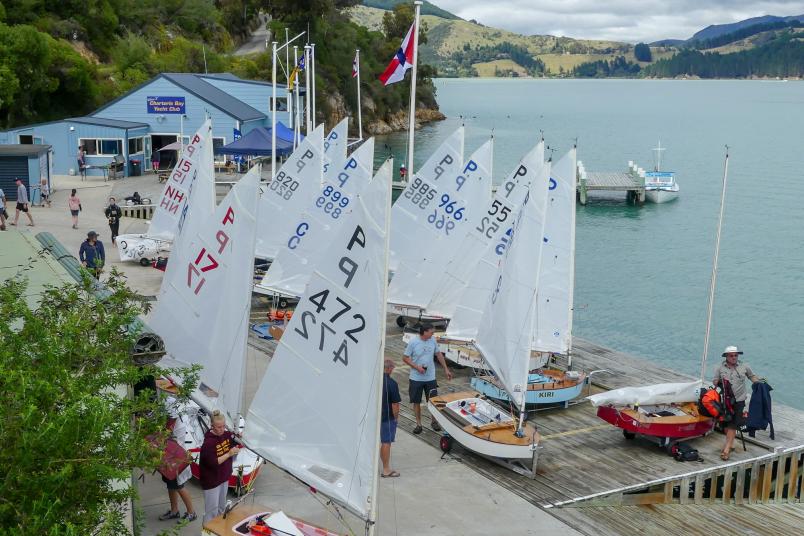 Their location, on the eastern side of Lyttelton Harbour - 'sunny side' as they like to tell everyone - is also an advantage even though they're not always the closest option.

It's less common than some clubs for parents to drop and run with few amenities close by and the club have introduced things like a coffee machine and comfortable seating to encourage parents to stick around.

"It's a destination," Hadfield said. "We have parents who travel 45-50 minutes to get to sailing. The reason they do that is the programmes, coaching and competition and, generally, once they are there they stay there."

They also have a very active calendar and, despite a busy few weeks, have plenty on the agenda for the rest of the season including club championships, Canterbury Optimist championships and regular club sailing.

Hadfield had some simple advice for any clubs contemplating hosting national regattas.

"It’s possible, as long as you have buy-in from the club," he said. "The support is there from Yachting New Zealand. There’s a clear strategy to follow. I was pleasantly surprised about the amount of support out there if you ask.

"Get into it because it’s what it’s all about. It will add another dimension to your regular season and we really enjoyed sharing our club and giving others the opportunity to experience somewhere new."