Maiden returns to NZ on another famous journey

The last time Maiden sailed into Auckland, she was winning a leg on the 1989/90 Whitbread Round the World Race.

On Saturday, she will sail in again, this time on an equally important mission.

Maiden was famously skippered by Tracy Edwards during the Whitbread race of 30 years ago. Edwards put together an all-female crew, with many questioning the wisdom of it, but they went on to win two legs (including the leg into Auckland) and were second overall in their class.

But Maiden fell into a state of disrepute and was eventually discovered in the Seychelles in 2014. Edwards found out about it and pledged to restore her but it was her daughter, Mackenna, who suggested using the boat as a vehicle to raise funds and awareness for girls' education.

Maiden is now on a three-year journey around the world and is scheduled to stop off at 29 ports on her way to San Francisco. Auckland is the third stop and she will be co-skippered on the voyage from Sydney by New Zealand's own Sharon Ferris-Choat.

Ferris-Choat competed in two Olympic Games (1996 and 2004) and has raced around the world three times, firstly as part of Edwards’ first all-female crew to attempt the Jules Verne non-stop around the world race and then the Volvo Ocean Race.

In 2005, she was part of the winning team in the Oryx Quest (non-stop around the world in 62 days), becoming the first women alongside Karine Fauconnier to win the race, and later joined Edwards on Royal & Sun Alliance and Maiden II as part of the team that broke and set several world sailing speed records.

Maiden is due to arrive into the Viaduct Harbour on Saturday morning at 11am, when she will be accompanied into port by Steinlager II and Lion New Zealand and greeted by 40 youngsters from Auckland Grammar. She will spend the weekend in the Viaduct Harbour before coming out of the water for a month for minor repairs.

A series of events are being planned when she goes back into the water around June 1 before the departure to Honolulu on June 9. Edwards will be on hand for the departure, along with Wendy Tuck who in 2018 became the first female skipper to win the Clipper Round the World Race (or any round the world yacht race).

See here for more on Maiden and the Maiden Factor. 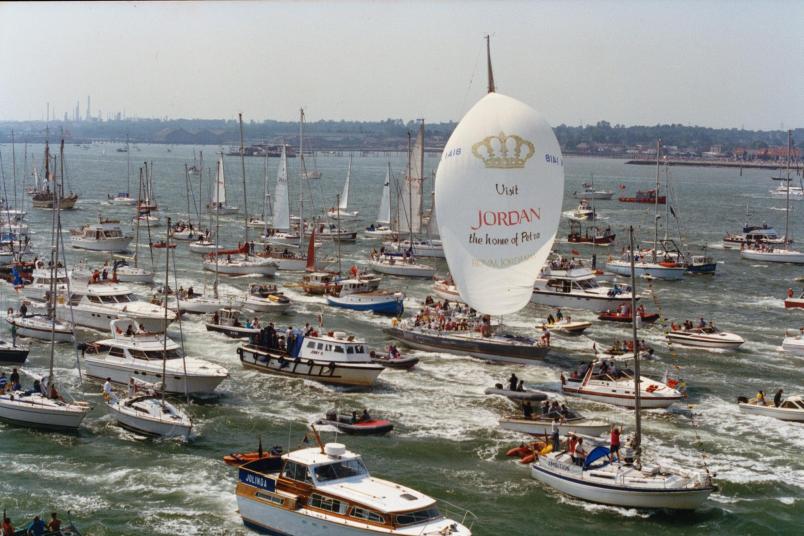