The Youth America's Cup has come at the perfect time for a bunch of young sailors whose plans have been thrown into chaos by Covid-19.

The Royal Akarana Yacht Club announced on Tuesday their eight-strong team to compete in next year's event, which has already attracted 17 entries including two from New Zealand. The Royal New Zealand Yacht Squadron have also announced their squad.

A strong feature of Akarana's squad is the fact the majority have come through Yachting New Zealand's development pathways and are already competing at a high level.

A gender rule has been introduced to the Youth America's Cup for the first time in the event's history, which requires two males and two females to be on the boat.

Olivia Christie is this country's top Laser Radial sailor and qualified the boat for New Zealand for the Tokyo Olympics; Annabelle Rennie-Younger is also campaigning in the Laser Radial and was fifth at the 2018 youth worlds; Olivia Hobbs has stepped up to the 49erFX after winning the 29er world title with Crystal Sun in 2018; and Bex Gmuer Hornell comes from a largely keelboat background, having competed in this year's Round North Island Race with her father and she was also a member of the all-female GC32 team who set a speed record.

Most in the squad had big plans to compete internationally this year but those have been scrapped because of Covid-19.

"We don't have a lot in the calendar at the moment," McHardie said, "so the Youth America's Cup has come at the perfect time. It's a good little project to jump into."

McHardie is in the unfamiliar position of feeling like the veteran of the team, being the only one in the two New Zealand teams who has experience of the Youth America's Cup.

He was the youngest member of the New Zealand team in Bermuda in 2017 who came agonisingly close to winning the Youth America's Cup. They had a poor opening day but bounced back to win all three races on the second day, only to watch in horror as a rival team got stuck on a mark allowing Great Britain to snatch the overall victory. 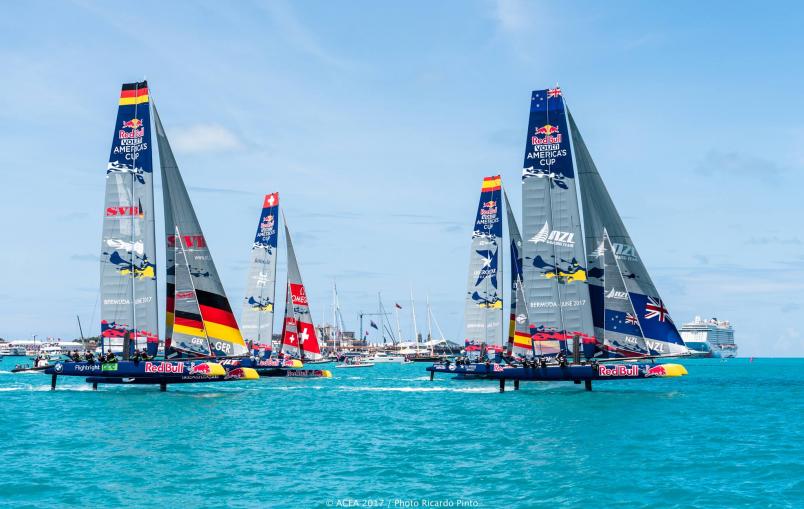 "It wasn’t the most amazing way to finish," McHardie said with a chuckle, "but there were a lot of lessons from it and it will be something I will take into this next campaign. I won’t let anything slide and will do anything I can to take the win.

"I think the biggest thing I bring [to the team] is that I have done it before and will be able to help the team run a professional campaign and leave no stone unturned. I feel like I am the most experienced out of everyone [in the Akarana team] but we also have some very talented yacthies in their own right as well."

They have some high standards to meet. New Zealand won the inaugural Youth America's Cup in 2013 with a team featuring the likes of Peter Burling, Blair Tuke, Andy Maloney, Jason Saunders and Sam Meech and the 2017 team backed it up with second.

The gender rule will add a new dimension to the event and will hopefully lead to greater opportunities in the future.

"It’s super-exciting for girls to have a shot at being on the boat," Rennie-Younger said. "It’s really exciting to have a pathway option that will hopefully lead to the America's Cup. It enables us to gain experience and exposure to that side of it which we haven’t had the opportunity to do in the past.

"We have an awesome squad with different experiences so we can all learn off each other." 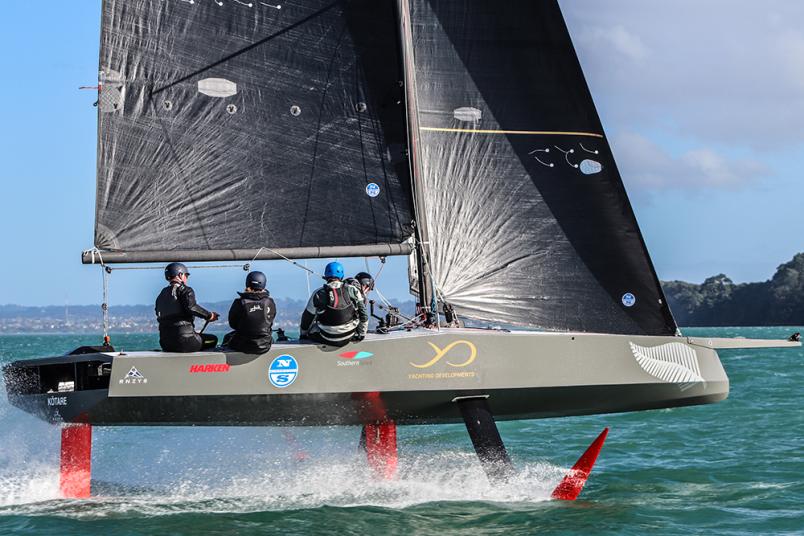 The teams will sail the AC9Fs in next year's Youth America's Cup. Photo: Andrew Delves / RNZYS.

Youth America's Cup rules mean the teams won't get access to the AC9F foiling monohulls that will be used until closer to the event. Seven AC9Fs are due to be built for the racing, which is scheduled to take take place over a three-week period in the off-sailing days of the Prada Cup Challenger Series finals and America’s Cup match (Feb 18-23, March 1-5 and March 8-12).

It means teams will need to find other boats for training and Akarana have been given access to a foiling monohull designed by Emirates Team New Zealand naval architect Guillaume Verdier which was a forerunner to the Imoca 60s.

The Youth America's Cup teams comprise of more than 250 people - the equivalent of two America’s Cup teams - and are expected to generate millions for the local economy. Organisers are working on the immigration process and teams are said to be willing to quarantine at their own expense.