The four Yachting New Zealand regional development managers take a look at what has been happening in their areas and give clubs some tips on how to best use their learn to sail resources.

School holidays are in full swing, and many clubs have been facilitating junior sailing programmes across the country. Plastic Optimists are commonly stored away in club sheds for programmes like these and are a great way to give kids a taste of sailing and their own gear to try out for a few days. Today, one of our RDMs gives us a few ideas that may help maximisie your fleet of club Optis so sailors can get the most out of their time on the water.

Coaching resources are easily accessed on the Yachting New Zealand website, and if your club is keen to reinvigorate their learn to sail courses there are also some ideas here  to get you started. 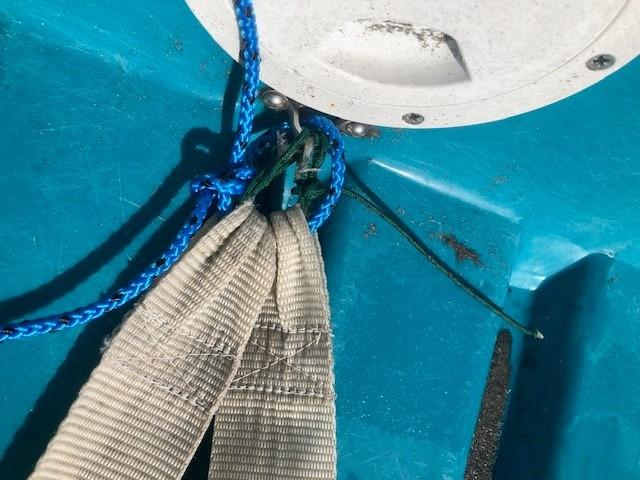 A spectra line through the hiking straps. Tighter straps will give kids more confidence in getting their feet under the straps and enable them to relax their shoulders and lean out. 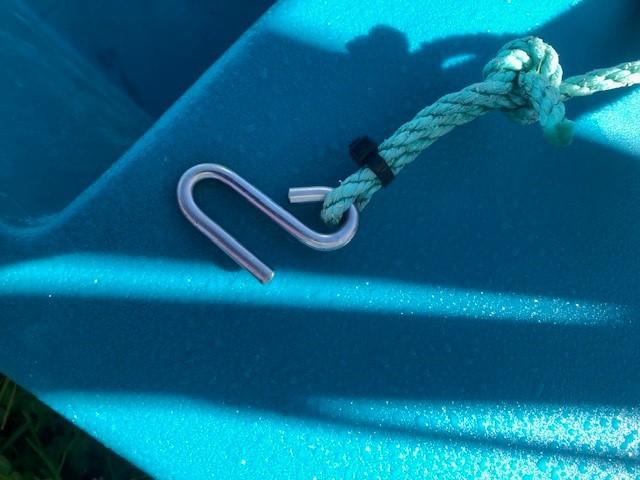 For towing, I attach an SS hook to the end of the painter. The Optimist behind's painter is then hooked over the stern of the Optimist onto the spectra loop used for the hiking straps (picture 1 above). The SS hook makes it easy for the sailor to release the boat behind them at the end of the tow. Painters need to be at least 7m.

We link the Optimists this way and tow them off the beach (with the centreboard out and rudder up) on the first day of our learn to sail programme and find this is a good introduction to being in an Optimist on the water, without the initial pressure of doing anything. Then when ready it's just a matter of getting the sailor to put their foils in and down, release the boat behind, and they are off! 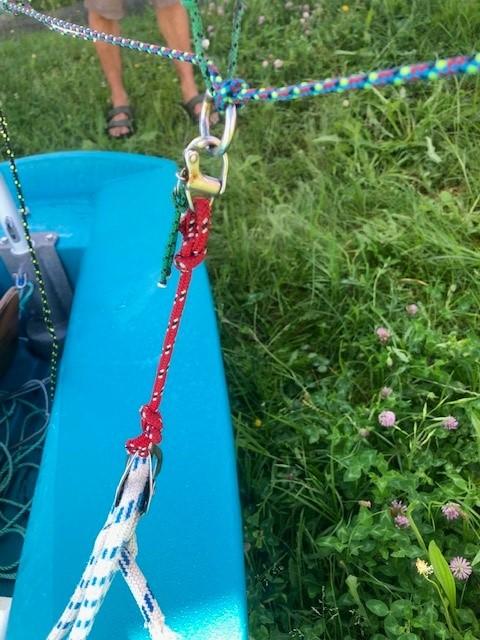 Add a release clip for the mainsheet which will help you to tow sailors downwind if required. The race Optimist has this set up as well. 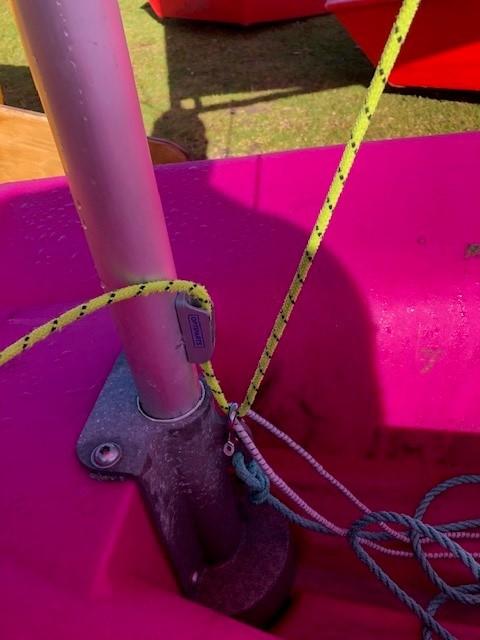 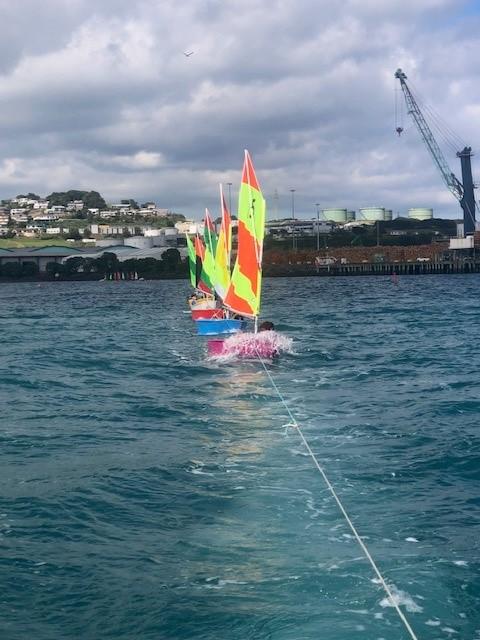 If your club is looking at purchasing new sails then consider coloured ones – they are an eye-catching way of promoting your learn to sail programme and parents always know which boat their kids are in.

I suggest getting them with a short leech to keep the boom high and over the sailors heads. (Putting an eyelet 100mm up the leech in your existing sails and attaching the outhaul to the eyelet would do the same job).

If you have any questions please contact your Regional Development Manager or Wayne Holdt directly.

Back to business for Mercury Bay 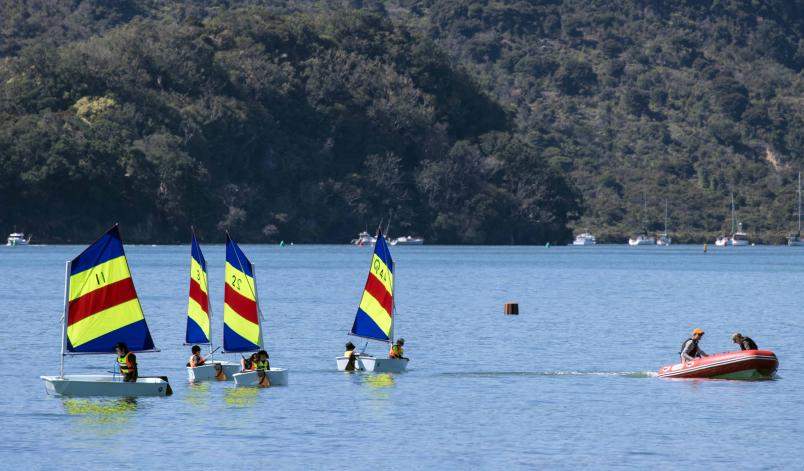 Learn to sail programmes have continued at Mercury Bay Boating Club in Whitianga despite the relocation of the famed building after storm damage. Photo / Chris Wornall

Mercury Bay Boating Club continues to put some of the region’s junior sailors through their paces – despite devastating effects from Cyclone Hale a fortnight ago.

The famed Whitianga club was battered by the country’s first tropical storm of 2023 earlier this month and teetered dangerously on the water’s edge after the ground beneath it was washed away. Local community members managed to save the building before it was last week moved 25m inland.

“Despite the massive setbacks created by Cyclone Hale, our MBBC coaches continue to put our juniors on the water out of the makeshift sailing centre at the Macrocarpa Reserve,” Commodore Jonathan Kline said.

Kline thanked Thames-Coromandel mayor Len Salt and the community for their help.

“Another seven learn to sail juniors took to the water on Monday morning in great conditions for learning balance, wind direction, and of course capsize drills."

Established in 1948, Mercury Bay Boating Club has a rich history, both locally and internationally, having challenged for the America's Cup in 1988 with Sir Michael Fay’s KZ1.

The club has a growing centreboard fleet, a popular learn to sail programme (including a special needs programme), a great fleet of multi-hulls and an active keelboat racing scene.

To contribute to the club’s relocation efforts, click here. 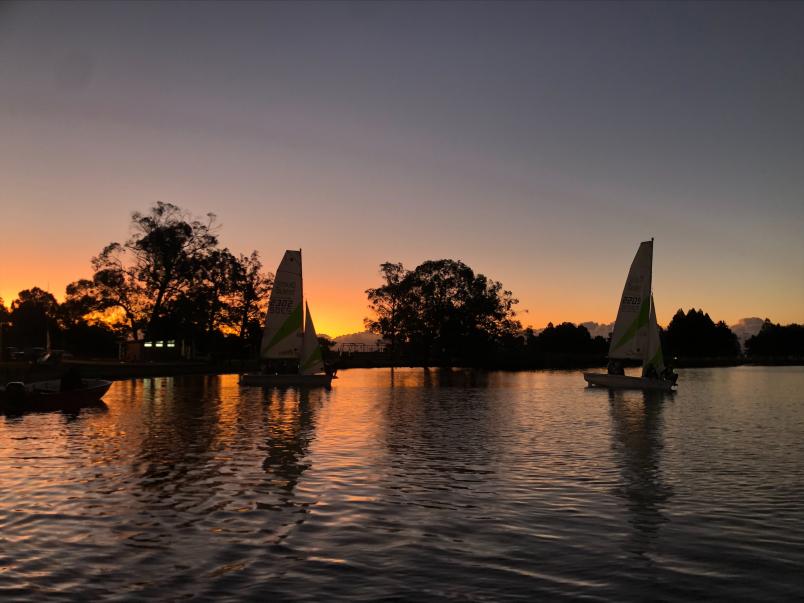 The night sail was a highlight at the OptiSail camp at Hamilton Yacht Club. Photo / Kirsten Moratz

How many up-and-coming young sailors does it take to sink an Optimist?

While Moratz and six other coaches did their best to keep participants at last weekend's Optisail Youth Sail training camp out of the water, capsizing the boat was one of several fun activities aimed at the group of 20 sailors, ranging in age from 8 to 17.

Other highlights included a night sail, bailer race, and the traditional relay on Optis which combined with plenty of sunshine, decent breeze and delicious food made for a fun-filled weekend.

"It was an amazing group of kids who all helped each other and included everyone in all activities," Moratz said.

"After the relay race, they tried to see how many sailors it would take to sink an Opti. I believe they got 15 of them on one boat before it was completely submerged."

There was also plenty of time for serious sailing too, Moratz added.

"We got a lot of good sailing in, and improved ability across the board. There was excellent parent involvement and kids making friends with others from outside their level group, which will hopefully lead to improved retention."

Find somewhere to learn to sail.

Meanwhile, the club has also been announced as the host of the 2024 Moth World Championship - an event widely regarded as the breeding ground for Olympic champions.

The World Moths will be held in December 2024, in partnership with the NZ International Moth Class Association.

The event will be held on over Waitangi weekend (February 4-5) and is welcoming entries from all classes under 4.7m - including Optimist (Open & Green), P class, O'pen Skiff, Starling, Splash, Laser, Laser Radial, Sunburst, 420, 470, 3.7, Europe, Zephyr and Phase 2.

Accommodation is available for out-of-town sailors. 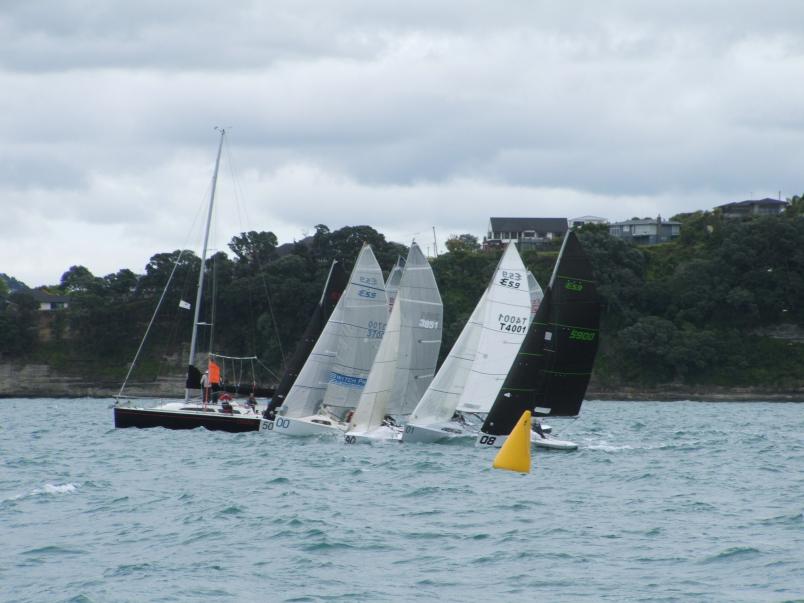 Organisers hope to see entries from the local Elliott 5.9 fleet.

The 2022/23 New Zealand Trailer Yacht Championships are back in the South Island this year, with the Canterbury Trailer Yacht Squadron and Naval Point Club Lyttelton hosting the event over Easter Weekend.

There are a few big-name boats in the South Island sports trailer yacht fleet confirmed to race - and it will be exciting to see the Chocolate Fish battling it out with the local gennaker boats after Mark Owen has completed a well-publicised rebuild of some major deck structures.

Handicaps will keep the other boats in it, too, and organisers are hoping to see entries in the A division fleet from the growing local Elliott 5.9 fleet, along with the other Elliot classes and Ross 780s tightly contest the windward-leeward courses.

The B fleet should look sharp too with a significant and close pack of Noelex 22s currently racing in Lyttelton Harbour, providing a spectacular watch in the Canterbury Championships.

More details can be found here and the Notice of Race and registration is available here. 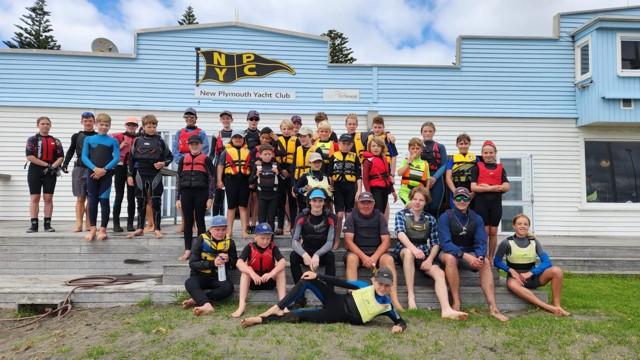 Sailers at this year's Juniorsail camp at the New Plymouth Yacht Club.

Perfect weather allowed the destination sail out to the Sugar Loaf Islands to check out the seals with a bonus early morning play on the Waterworld inflatable waterpark that has been operating from the beach in front of the club.

The club also hosted an extra junior learn to sail course for 20 youngsters over the following three days.

The Rodney Green Foundation has agreed to fully fund the new race committee boat Galaxy for the Napier Sailing Club.

According to the club, Rodney has been impressed with the development of the club in recent years, in particular the increases in junior sailor numbers, and is keen to see it continue.

The new boat will be used to support the race management team at the club. 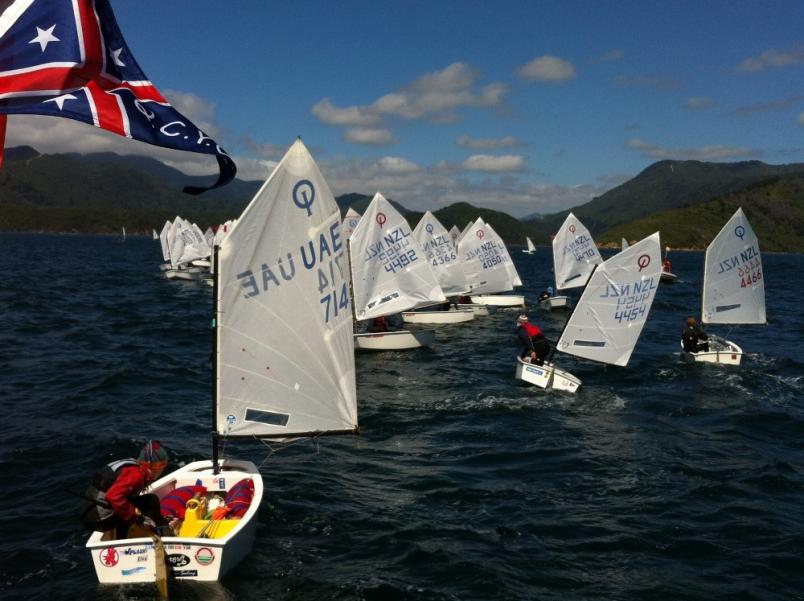 The Queen Charlotte Yacht Club will be hosting a number of regattas this season.

The Queen Charlotte Yacht Club will be hosting a number of regattas this season - including the 2023 Interislander Optimist Challenge/Port Marlborough Starling Championship.

After a two-year hiatus, the team are busily working towards hosting a regatta that not only showcases the beautiful Marlborough Sounds but also the new clubrooms which were still under construction at the last regatta.

Entries have already been received from across the country. To enter, click here.