The 2022 Aon Yachting Excellence Awards are just around the corner and some winners have already been announced. In the second of a three-part series, meet the winners of the service awards supported by Boating New Zealand and cruising category supported by Wichard on Safety at Sea.

Glen and Beverly Church have collectively given about 130 years service to the Stewarts Gully Sailing Club. They've both filled roles in anything from coach and race officer to kitchen duties and maintenance and Glen has been commodore for more than one-third of the club's 72-year history. Glen is also active with the Canterbury Yachting Association and J Class model yachting club and both have been strong supporters of the New Zealand Moth class. 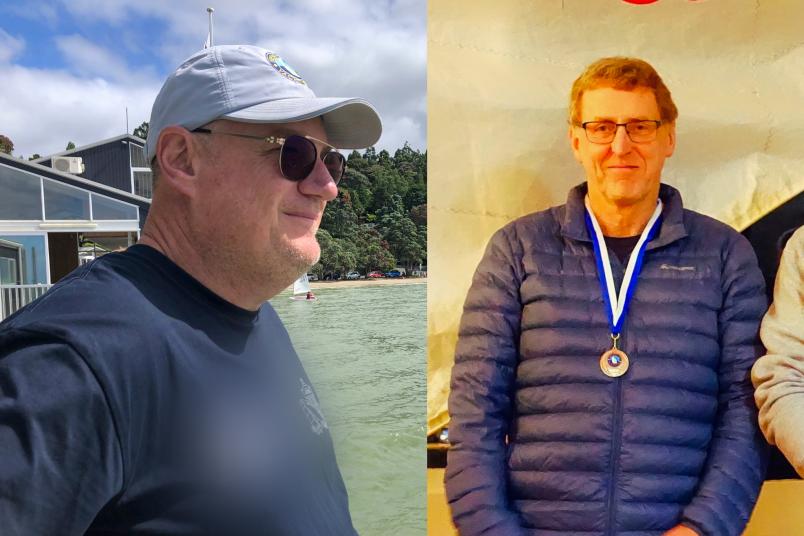 The French Bay Yacht Club have been through various highs and lows over the past decade, with growing fleets, good volunteer participation, diverse sailing options and strong performances at national events balanced out by the very real threat the club's lease might not be renewed and they could lose the rights to use the land they operate from. Allan Geddes, pictured left, and Fergus Thomson played leading roles in overcoming this crisis to ensure the club continues to have a promising future. 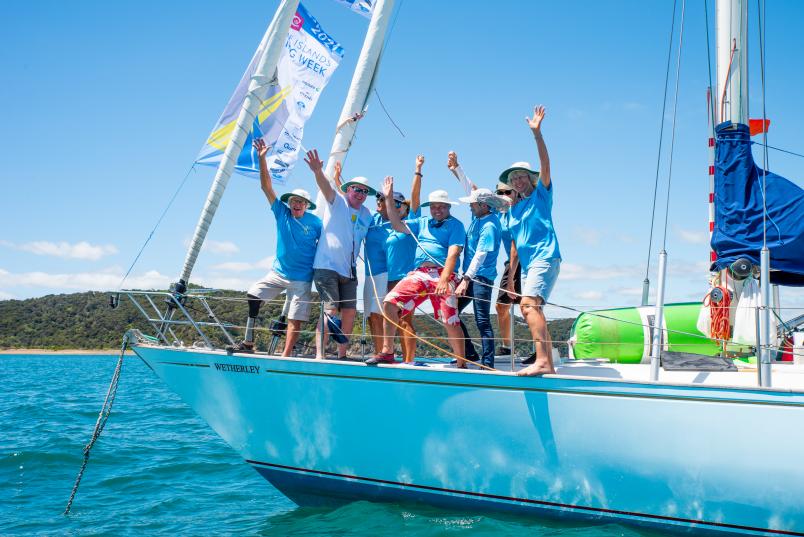 The Bay of Islands Sailing Week has grown into this country's biggest keelboat regatta, and next January close to a record 150 boats are expected to line up for the 20th edition. The event was created by Tony and Nina Kiff who wanted to provide something for keelboats, sports boats and trailer yachts while also showcasing the Bay of Islands. It has done that many times over, although there have been many times the regatta has come under threat and would have discontinued if it wasn't for the tireless efforts of Tony and Nina. 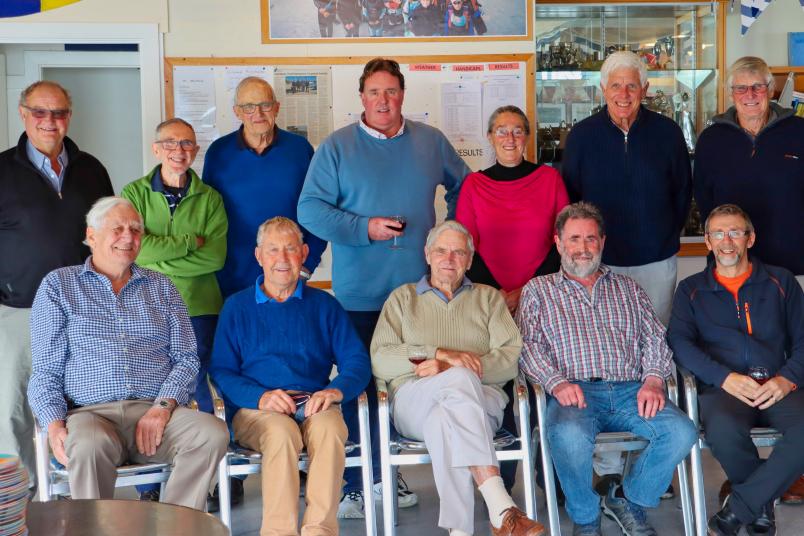 Every Wednesday morning, a group of old salts get together for a cup of tea and chat before getting stuck into anything and everything that needs done at the Charteris Bay Yacht Club. In the last three years, they've clad both the interior and exterior of the clubhouse, painted the club and storage sheds, replaced doors, rebuilt a launch ramp and maintained the club's 64-year-old launch. It doesn't stop there and they tuck into any job that needs doing around the place. Charteris Bay couldn't function as a club without the time and dedication of the Last of the Summer Wine Company. 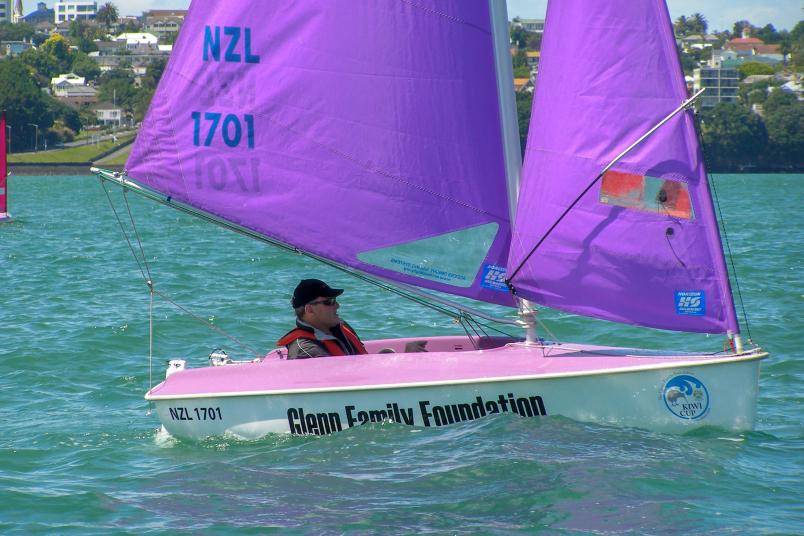 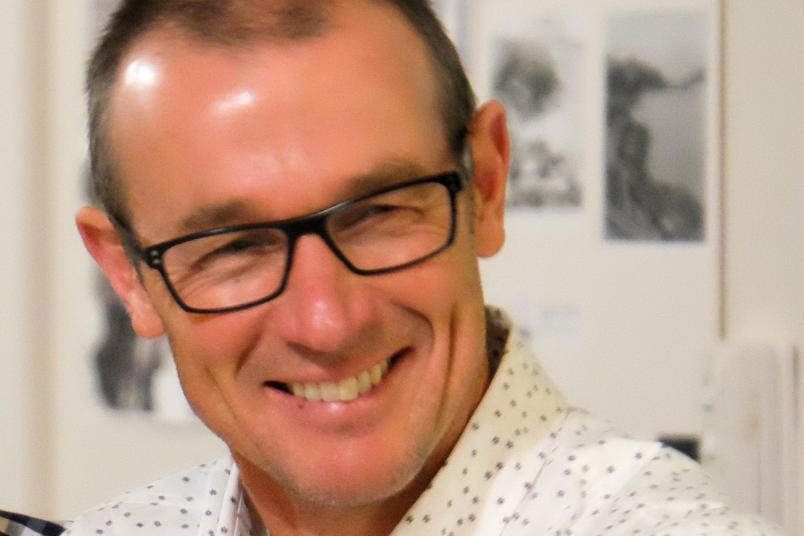 Evans Bay have a proud sailing history but until seven years ago the club had been without a junior or youth fleet for some time. All of their learn to sail focus was on adult lessons. David Nalder set about changing that when he became the sailing academy officer on the club's management committee in 2017, acquiring a fleet of Optimists and organising a variety of learn to sail and development programmes. More recently, Evans Bay became the first Wellington club to introduce Open Skiff sailing. The club now regularly attract more than 30 junior sailors to club racing - and growing - reflecting the health and enthusiasm for youngsters around the club right now. 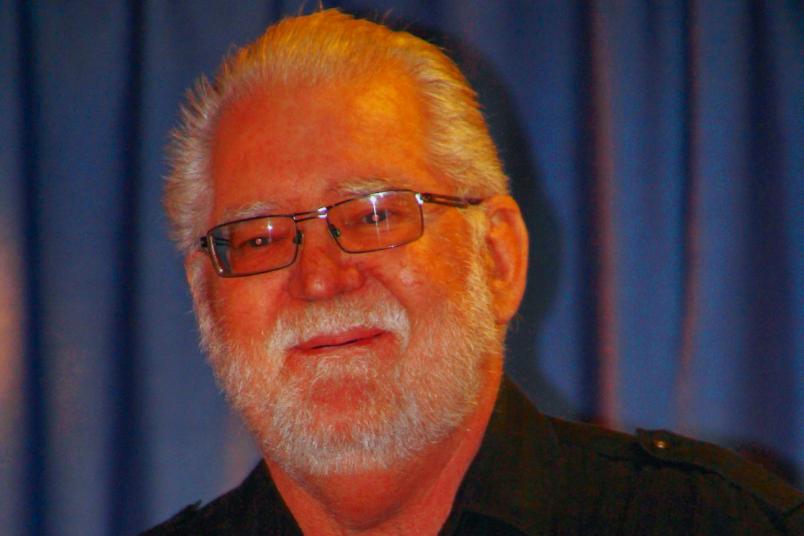 Jeff O'Leary has an impressive record of success on his coaching CV over the last 20 years, with many of his sailors going on to win regional and national titles, but it's the work he's done to enhance the lives of those around him which is less measurable. He's dedicated to helping youth and many of those he has coached at the Waimakariri Sailing Club have behavioural disorders, learning difficulties or thin family support networks. Jeff has a handful of boats which he's made available for sailors to use over the years and has often worked two jobs to help support his family and maintain the large fleet of boats. Somehow he even seems to find the time to also work on these boats in his spare time. 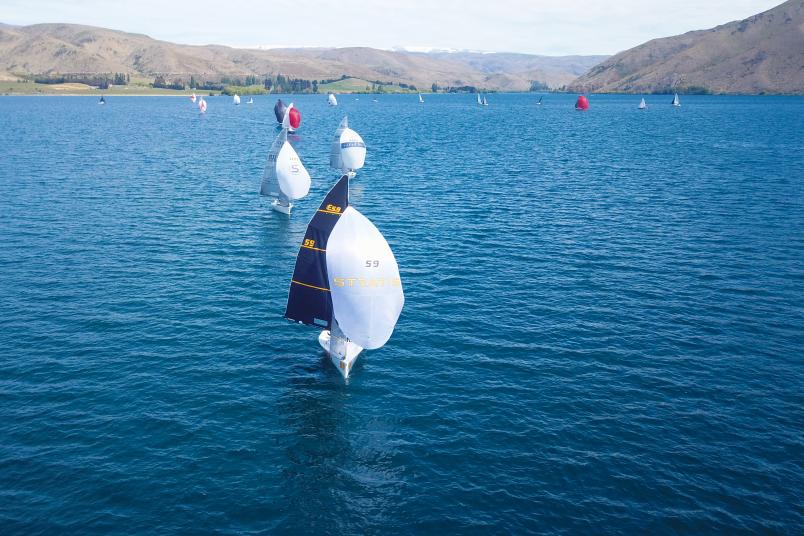 Every Labour Weekend for the past 33 years, Lake Aviemore in the central South Island is awash with colour as boats from around the south compete in the Trust Aoraki Aviemore Classic Regatta. It has become one of the largest trailer yacht events in New Zealand and one of the main attractions is the fact most competitors and their families camp at the venue to create a special social environment. Although the organisaing authority is the Timaru Yacht and Power Boat Club, the committee is made up of representatives from a number of different clubs to make it a truly collaborative event. 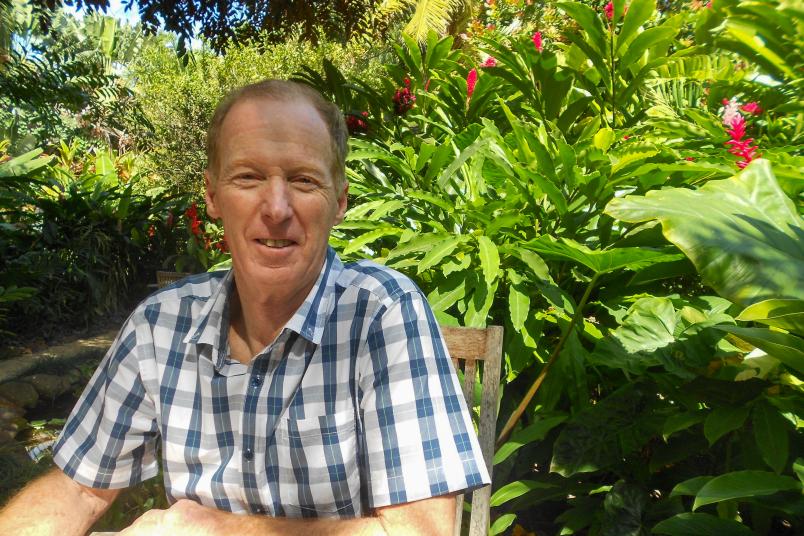 There wouldn't be many top Optimist sailors over the years who haven't come across Bob Witham. Bob has been measurer for the New Zealand International Optimist Dinghy Association for a considerable period, travelling to various regattas around the country as the class measurer. He's also written several measurement and safety guidelines and trained other measurers. If that wasn't enough, Bob has played a leading role at the Napier Sailing Club, particularly around health and safety, and he also led the club's MOSS exemption process. 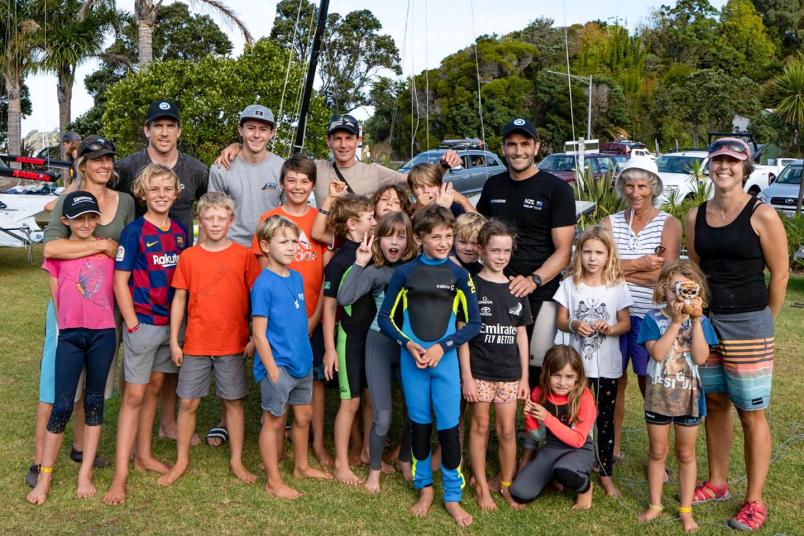 The Tutukaka Coast Youth Sailing Club was about to fold in 2015 with no youth members and equipment scattered and in a state of disrepair. That was until Ria Woollams and Lief Thomaes set to work to realise their vision of the club becoming an important cultural and sporting asset for the community. The pair have filled various roles between them over the years, from learn to sail coach and club chair to treasurer and maintenance work. The club have grown significantly in recent times and even has a home for their equipment at the Tutukaka Marina.

Cruising Award supported by Wichard on Safety at Sea 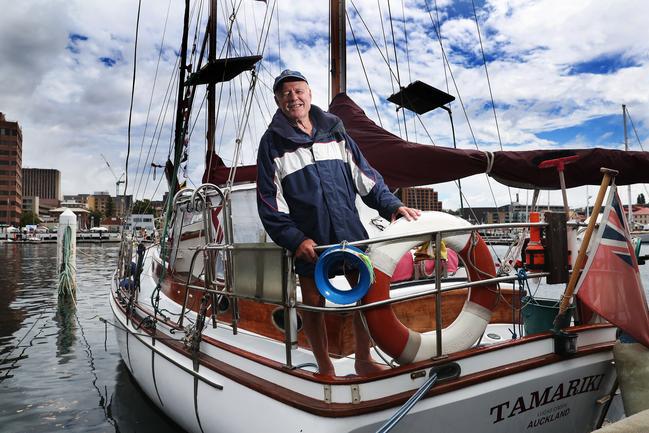 For most people, retirement means sitting back and taking it easy. Not for Peter Mortimer. Since 2014, soon after receiving a new knee, he's sailed extensively throughout the Pacific and Australasia, often on his own or with a small crew. In 2017, for instance, he sailed his 45-foot Gary Wheeler ketch Tamariki solo back from Tonga, the next year solo from Hobart and earlier this year, at the age of 77, he sailed around most of New Zealand on his own, often in stretches of water most people would tackle only with a full crew. Peter shows no sign of slowing down and is planning another trip to Tonga in 2023.