A national title might be on the line but Reuben Corbett hopes a few competitors walk away from this weekend’s Harken Secondary Schools Keelboat National Championships with more of an appreciation of the breadth of options available to young sailors.

A full complement of 20 teams from Christchurch to Kerikeri will line up for the three-day event, which starts on Friday at the Royal New Zealand Yacht Squadron.

For most, it will not only be a rare chance to compete for their school but also do it in a keelboat.

“The vast majority are dinghy sailors so hopefully we can show the social aspect and team aspect to sailing bigger boats,” said Corbett, who is the training manager and regatta organiser at the Royal New Zealand Yacht Squadron.

“Each day they’ll also walk past all the trophies in the cabinets and around the walls. There’s a fair bit of history there and it might open their eyes about what’s there and what they can aspire to if they stay in the sport.”

King’s College will be back to defend the title they won in 2020 but will face stiff competition from the likes of Rangitoto College and Westlake Boy’s High School. There are also three all-girl’s teams, up from one in 2020, as well as teams from Lindisfarne College and Sacred Heart College for what is believed to be the first time. 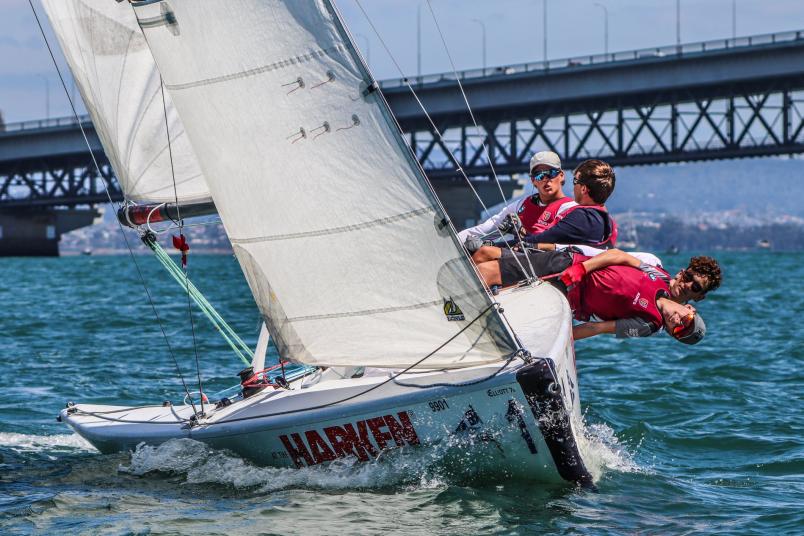 If the vagaries of sailing a keelboat and having to work together in their teams of four or five wasn’t curly enough for most, they’ll also have to contend with spinnakers this year.

“This time we are using spinnakers and not gennakers, and that’s something a few teams have been battling with, particularly those who are used to sailing 29ers,” Corbett said. “That’s probably going to be a big challenge, learning how to use a spinnaker pole.

“The idea is that when youth sailors graduate [from the Youth Training Programme run by the Royal New Zealand Yacht Squadron], they can sail on any members’ boat. Some have gennakers and some have spinnakers and we have to train them to do both.

“Through all of our youth events, we always mix it up and this year it’s spinnakers. It also then shows up who reads the notice of race and sailing instructions. Some of the teams assumed it was gennakers and went training with gennakers.”

Yachting New Zealand will once again film the action for a highlights package to be screened on Sky Sport Next. It’s the first of three events that will be filmed in 2021 – Covid-19 permitting – and is done to help promote youth sport.

The 20 teams will be split into two fleets for qualifying on Friday and Saturday before the top five in each pool move through to Sunday’s gold fleet racing.