The Auckland Three Kings Race started on 7th April with an impressive following both on and off the water. Skipper Rob Bassett and his crew aboard Wired took out line honours and PHRF, while the double-handed division was won by Shane Bellingham and Ben Beasley on Titanium.

Royal New Zealand Yacht Squadron's Billy Woodworth spoke with Rob Bassett and Shane Bellingham for their recap of the race, how they found the sailing and a couple of highlights from the weekend.

“The start with ideal conditions and a lovely sunset, with an easy spinnaker run out the harbour and an idyllic first night”

From Flat Rock on, the breeze kept building all weekend after we passed Flat Rock of Kawau Island, so didn’t stay light at all for the week from about 8pm Thursday. We expected the wind to move east as predicted, but it was far from light sailing despite the win and race record”. 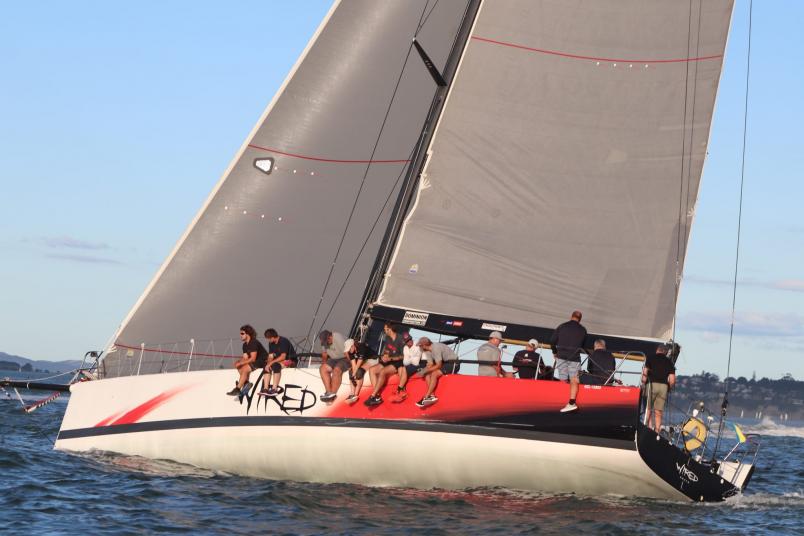 “The breeze and seas built all weekend, with the most we saw being gusts of 30 knots at the top of New Zealand. It was had great conditions for quick sailing and we used big reaching sails- we couldn’t use spinnakers due to the big waves from the Bay of Islands onward but with tight reaching sails to start and broad reaching to end, we were able to manage the 23 to 26 knot breeze”. 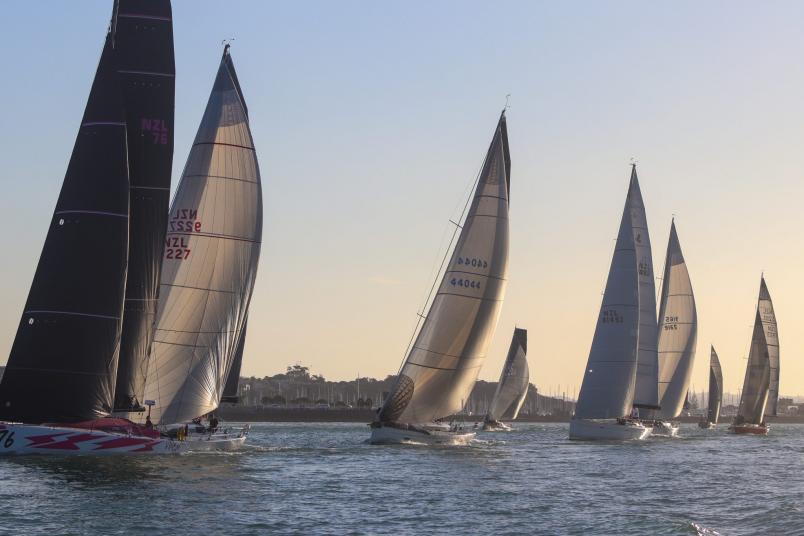 “We really didn’t expect such a rough crossing and we definitely had to change strategy. We went into the weekend expecting breeze topping at 15 knots, but we saw 25 to 30 knots consistently with horrible cross seas coming across from the Tasman. There were plenty of big waves and white water aboard, but that’s what you get at intersection between two currents”.

“The open ocean crossings we took on had a good 3 meter swell with a sou’wester current on the way to the islands, so going through all sorts of rough stuff as we went over the back of many peaks.”.

“The tide would have changed for later boats but we got the full front of it all – we had to manage our sail selection and stop going so quickly into the waves. The way back was justv as eventful, with 23 to 25 knots around the Three Kings and the boat and crew had plenty of  of bangs, crashes and falling off waves on the way back to North Cape”.

“It was great to get  back into ocean racing and returning to the watch system with all the crew –  a competitive spirit grew between the watches to get the boat going the fastest and cover the most ground during their shifts. I noticed the team were quiet for the first 12 hours, but once we got into the groove sailing everything livened up. Trying to cook and live aboard doing the basics of life became tough in the rough seas –  but thanks to the sail decisions we ensured the boat and the crew were balanced between speed and control – to finish first, you’ve first got to finish”.

“Sailing with new crew is always fun and they fell into the same groove that we find in ocean racing with ease. With a mixture of old crustaceans and youth aboard, the older team members were able to pass down a few ocean racing lessons and show how consistency beats straight line speed in these kinds of races. However, they were working incredibly hard and did an awesome job with the sail changes”.

“Special shoutout to our bowman who despite a few big crashes from the top of waves and being crook as a dog at some points, didn’t back down from the challenge and did excellently”

“It was incredibly refreshing to be back ocean racing – it’s new for people that don’t do a lot of offshore and I really enjoyed that it was a mini-ocean race to introduce new people and show them it’s a completely different kettle of fish doing ocean racing”. 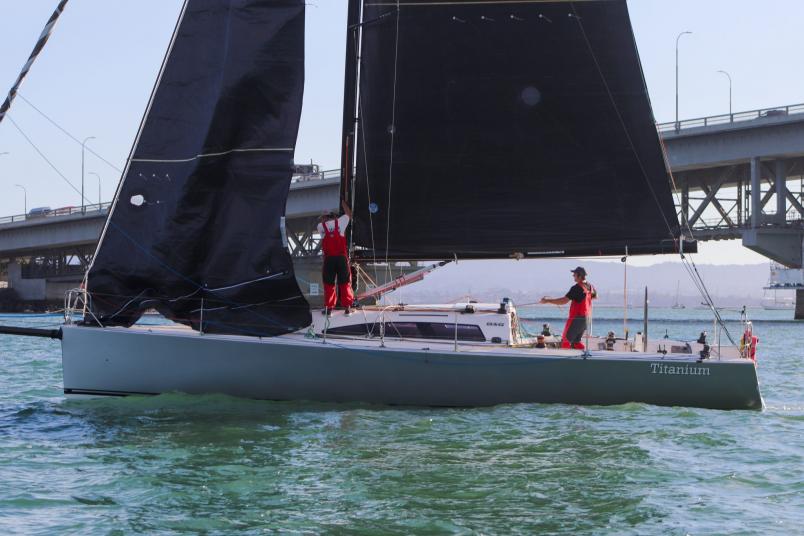 “We made a last minute decision to do the race double-handed with Ben Beasley as co-skipper, who was sailing Titanium for the first time with me. As it turned out things went really well”.

“The first night went well with a clean start out the harbour and a small kite ride out, followed by a reach up to Cape Brett in moderate conditions. We moved to a A2 gennaker and basically continued with this until North Cape”.

“The seas got quite large as we headed up the Northland coast to North Cape and there was plenty of good fast rides  throughout Thursday and Friday”.

“The breeze built to the top end for that kite, and unfortunately we blew it out about half way between North Cape and the Three Kings. We retrieved remmants of the kite, and changed to an A5 for the rest of the crossing”.

“After North Cape we had a cross swell which made the sea state very confused and difficult for the remainder – the maximum breeze we recorded was around 28 knots which was probably why the masthead kite blew out.”.

“Titanium got to round the Three Kings during the day Saturday at around 6.30pm, which was both of our first time around them and seeing them”.

“After Three Kings I was dreading a full length beat all the way back to Auckland, but as it turned out we only had to sail upwind to Cape Brett. From there on, it was cracked sheets with some reaching sails and kite work back into Auckland”.

“Our strategy for the race was to keep it simple, try to understand where other boats were and not take too many flyers – overall for such a long coastal race we did very few sail changes and were never becalmed in tough conditions, so that worked well for a two handed boat”.

“We were stoked with the race and finishing up where we did – except for destroying a kite we are really happy with the overall result and had a fantastic weekend of sailing”.