The last five Elliott 5.9 national titles have all been won by the same crew but they might not have it all their own way this weekend at the Sandspit Yacht Club.

Craig Satterthwaite and Richard Bearda, together with either Matt Mitchell, Matt Kelway or Carl Evans have dominated the class in recent times. They will still be the team to beat this weekend but could come under pressure from a last-minute entry.

Team Slam Dunk of Stu Clarke, Cam Horne and Stu Malloy will also be in the mix, particularly if the two crews mentioned above start some match racing tactics.

"It’s going to be great to get back out on the water and do what we enjoy the most – sailing against great mates and the closest racing in the country," said Clarke, who is also class president. "The boats are affordable and just look at the names that are on the trophy. A lot of these guys have gone on to do big things in the sailing world."

The honours board, dating back to 1985, includes the likes of Peter Burling, Mike Sanderson, Richard Mason, Tom Dodson and Grant Beck.

Racing at this year's national championships will start on Friday off the picturesque Kawau Bay and is scheduled to include 12 races.

The forecast is looking promising starting with plenty of breeze on Friday then going lighter as the event goes on, which will help given it is a very social class. 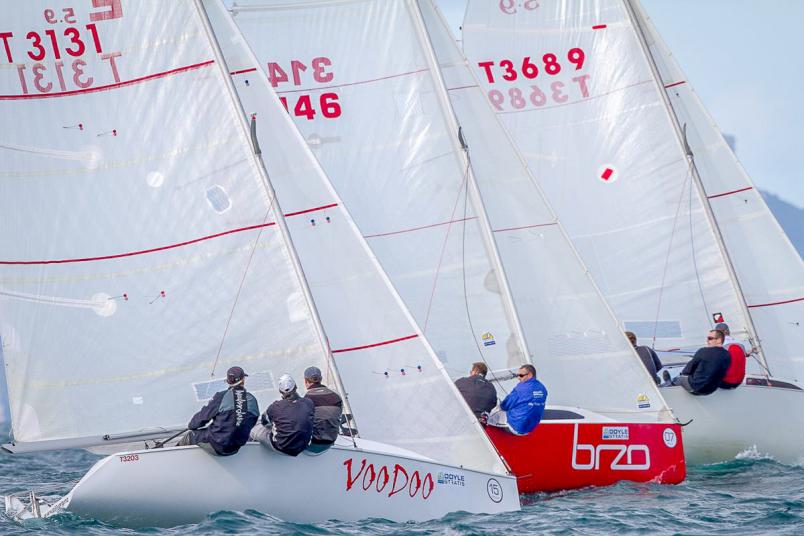