In our regular focus on the regions, the four regional support officers look at what has been happening in their areas and also provide some advice on applying for fuel tax rebates for your club.

A fuel excise tax rebate is available for clubs which operate a commercial vessel and meet either of the following:

You can find the application form here and make sure you include the name / number of the vessels in your club's safety system.

NZTA will then consider the application and, if approved, will issue a registration number.

Clubs can then fill in a return on the MR70 form each quarter, which can be found here.

Make sure you have the following when filling this out:

You can find more information here or learn more about the MOSS exemption here but if you want to talk to someone then contact your local regional support officer. 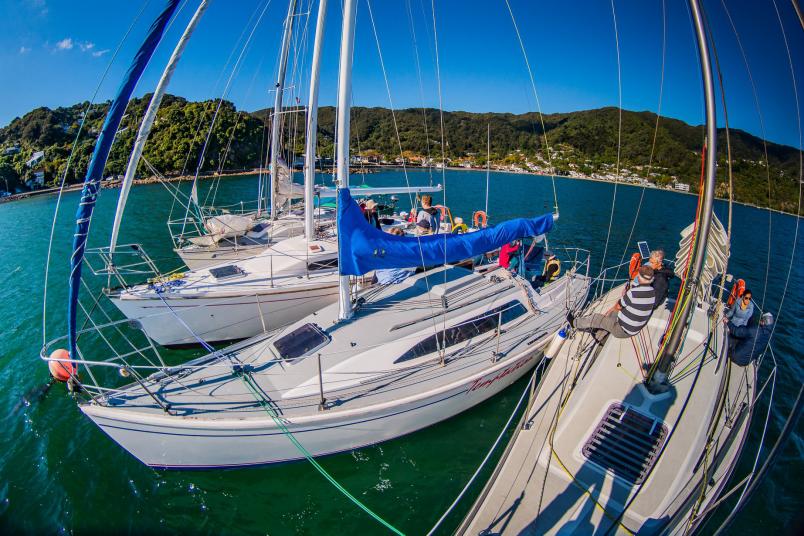 You might remember we sent around a couple of surveys last year - one for clubs and another called the Voice of the Participant - and we now have the results to share with you.

Yachting New Zealand will be holding a webinar on Wednesday, May 26, which will be a great chance for you to get a picture of what is happening around the country.

The results are also important to us because it lets us know how participants enjoy the sailing and boating experiences we offer and help us make decisions on how to improve our sport for everyone.

We'll send out invitations via email soon inviting anyone interested to join the webinar. 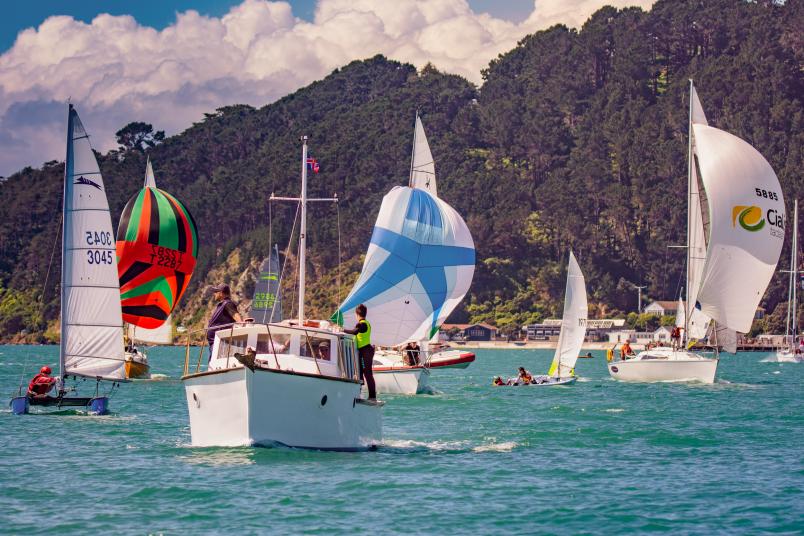 Dinghy and keelboat sailors can keep sailing over the coming months by taking part in the racing put on by a number of Wellington clubs.

The Titahi Bay Boating Club have gone from strength to strength over the last couple of years and they'll be looking to build on the popularity of their winter series last year.

Racing starts on May 30 and will run every second Sunday, with the fleet made up of dinghies of all kinds.

The Worser Bay Boating Club will be running their autumn series as usual, starting on Sunday and continuing every Sunday throughout May.

The club have pencilled in Sundays as a reserve day this year and will make the call by Thursdays at 4pm if the forecast looks sketchy on the Saturday. This will give some participants time to reorganise their weekend if necessary.

You can find the notice of race for the Evans Bay series here.

The Lowry Bay Yacht Club will kick their fortnightly winter series racing off on May 30.

It will take a break on June 13, when Lowry Bay challenge the Muritai Yacht Club for the Antarctic Challenge in the Sailability Wellington Hansa 303s, but resumes on June 20.

Further north, the combined Gulf Harbour Yacht Club and Weiti Boating Club's winter series starts at 10am on May 16. This is a fun and sociable series to help keep you and your crew out on the water over the winter. 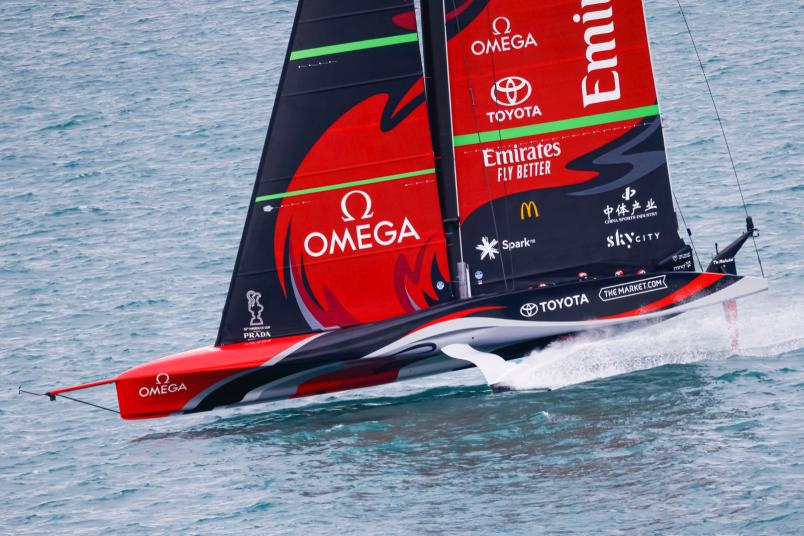 Five experts from Emirates Team New Zealand will be able to share some of their knowledge at the Murrays Bay Sailing Club alumni's America's Cup event, which is now set for May 22 after it was postponed last year due to Covid-19.

The theme of the event is 'the fastest boat always wins the AC' and the expert panel will share some of the team's inside story on designing, engineering, building and maintaining Team New Zealand's AC 75 boats. They include:

Tickets (which include dinner) are $30 a head but tickets purchased last year are still valid.

The cash bar will open at 6.30pm and anyone interested is asked to purchase tickets early so organisers can arrange catering.

For more information or to register your interest, email julian.beavis@xtra.co.nz 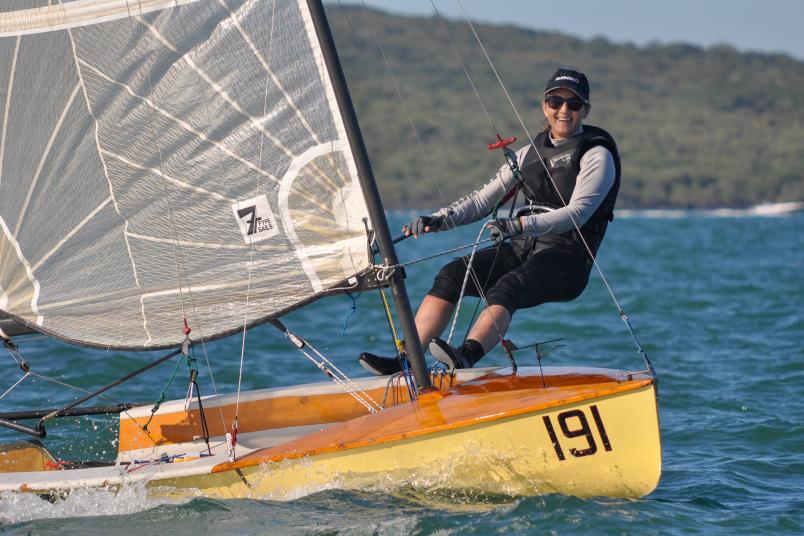 It's that time of year again when many clubs recognise their club champions and a couple of Auckland clubs held events that were well attended and hotly contested last weekend.

The Wakatere Boating Club had 78 boats across 11 classes, including 21 entries in the OK Dinghy fleet, competing over two days last weekend. You can find the results here and pictures from the weekend here.

Just up the North Shore coast, the Murrays Bay Sailing Club ran their youth classes club champs. Check out the action, including the results, here. 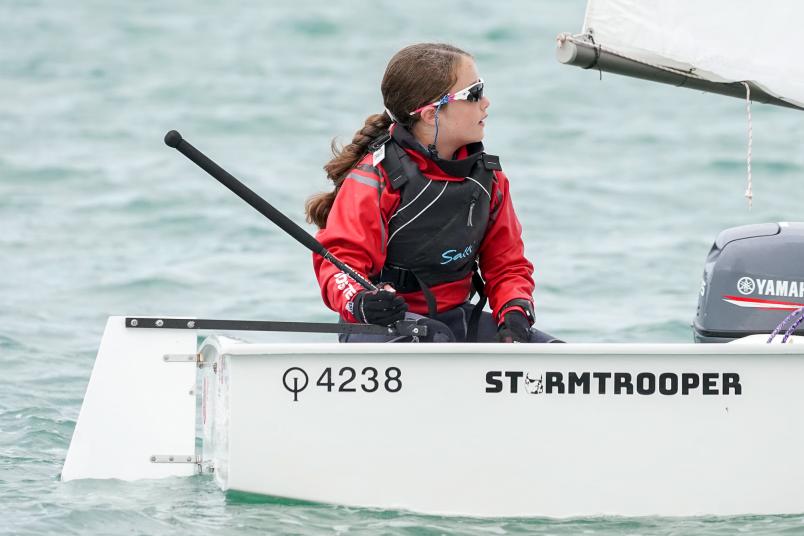 More than 50 competitors took part in the Burnsco Inter-School Champs hosted by the Bay of Islands Yacht Club recently.

The annual event is typically held in March but organisers moved it to May to avoid the America's Cup. The club had been a little nervous about what the weather might bring so late in the season, but were still delighted with the turnout with good numbers in the O'pen SKkff and Starling fleets.

The winds were light and shifty, making it a challenge for both competitors and the race committee. Only two races were completed on the first day but a nice sea breeze on Sunday afternoon meant six races in total were completed.

You can find the full results here and photos here.