The four Yachting New Zealand regional development managers take a look at what has been happening in their areas and also highlight how they can help clubs and coaches connect.

Coaching is a lot of fun and a great way to give back to the sport we all love but it's also an excellent means to secure part-time or fulltime work.

As a regional development manager, part of our job is to help clubs find coaches. An effective way we can do that is by knowing the coaches out there looking for work.

If you are looking for coaching work and are a qualified Yachting New Zealand coach, please reach out to you local RDM and we can help connect you with a local club.

We have a Facebook coaches networking group (Yachting New Zealand Coaches Forum) with 715 coaches, and often send out resources or opportunities.

You can find out more about the current qualifications available here, and we will soon be announcing more online courses.

Whether you're a volunteer looking to upskill or have your mind set on coaching as a career, we can provide training to help get you there. Look out for our online sessions in 2022 when guest speakers will be invited to share their knowledge and experiences. 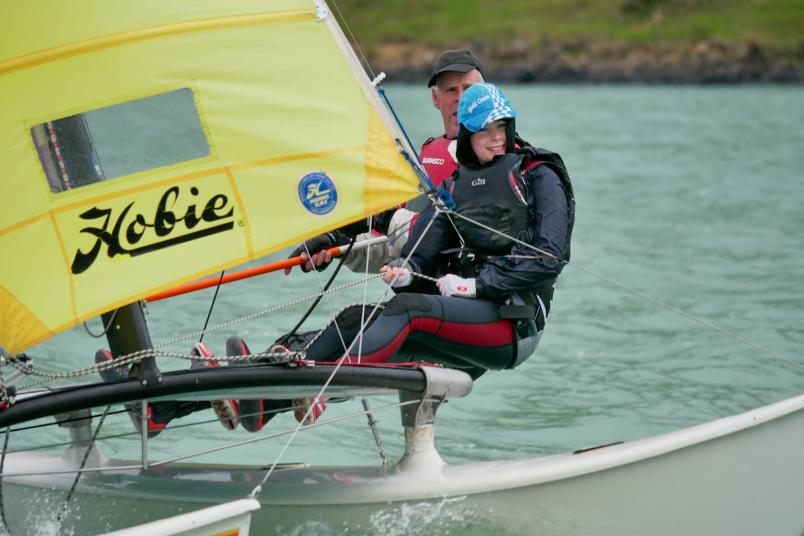 The Pigeon Bay Boating Club held their annual multihull weekend recently, with as many as 20 boats taking part.

Competitors were treated to a range of conditions - a 10-15 knot southerly on the first day which gave way to an 8-10 knot easterly on the Sunday - as well as the pristine sailing conditions.

Plans are already under way as the Club look forward to next year's event. 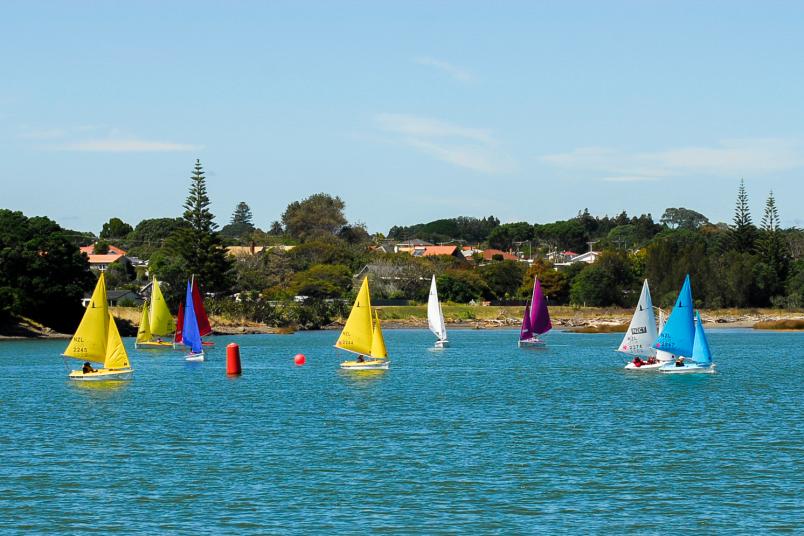 The Waitara Boating Club and Sailability Taranaki will host the Hansa 303 Class North Islands on December 11-12, when a good fleet of visiting Hansas are expected to mix it with the nine local boats.

The two-day regatta will be the first event for this season for the class.

Attention will then switch to the 420 North Island Championships the following weekend (December 18-19) at the New Plymouth Yacht Club, when the club will also be running their junior regatta at the same time.

There's a good local fleet of 420s starting to emerge in New Plymouth and another in Napier and, with Auckland crews being able to travel by then, this should be a great regatta. 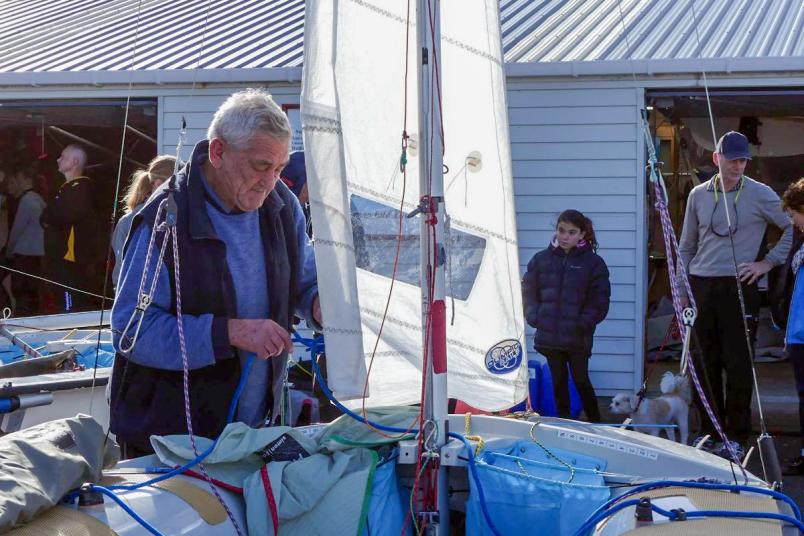 A couple of club stalwarts from the Wellington region have passed away recently.

Evans Bay Yacht and Motor Boat Club life member Barrie Smith (pictured) was involved with the club for 70 years and spent countless hours helping out, including with the Tup Radford Intercollegiate Yachting Academy 420 programme that runs from Evans Bay.

Our thoughts go out to family and friends of both Barrie and David. 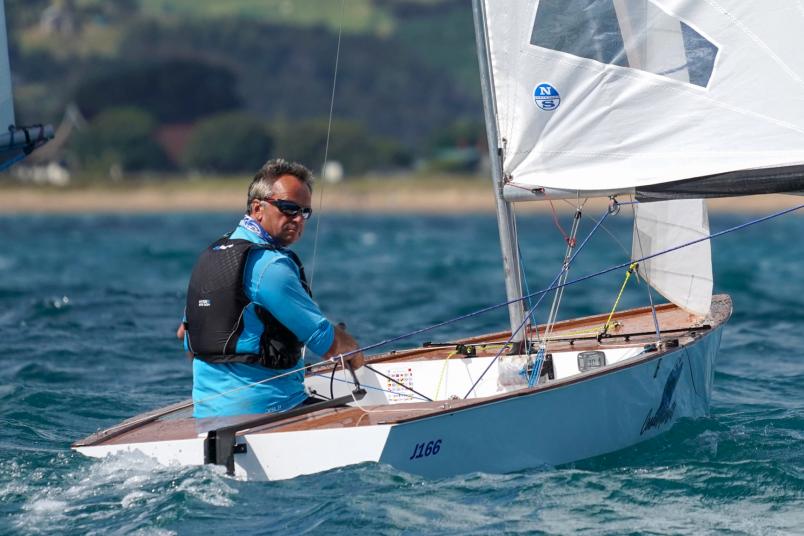 The sailing conditions were sublime, with easterly winds of between 8 and 15 knots, and eight races were held over the two days.

Numbers were down due to the Auckland border being closed but the event still a great local turnout.

Terry Bailey turned up with his Weta and entered the open division which also featured J14s,  29ers and RS Fevas. There were also separate Laser and Open Skiff divisions.

For the record, Andy Child won the Lasers, Lilly the youth Lasers, Brooke the Open Skiff and David Ferris and his offspring sailed a very clean regatta to win the RS Fevas. The Fewtrell twins from the Bay of Islands each sailed a different boat in the 29r class to have that covered and were the fastest in the Open class with Bailey and Roger Hall in his J14 Cookie Monster (pictured above) trying to keep them honest.

Many thanks to Burnsco Marine Opua and North Sails Opua for the generous prizes, as well as new club commodore Angela Schofield and her management team, including Patron Paddy Simms as race officer.

"A special thank you to Roger Hall, the outgoing commodore, who has significantly impacted this yacht club for the past four years," Yachting New Zealand regional development manager Hayden Whitburn said. "We look forward to continuing our support and working with Angela in the future." 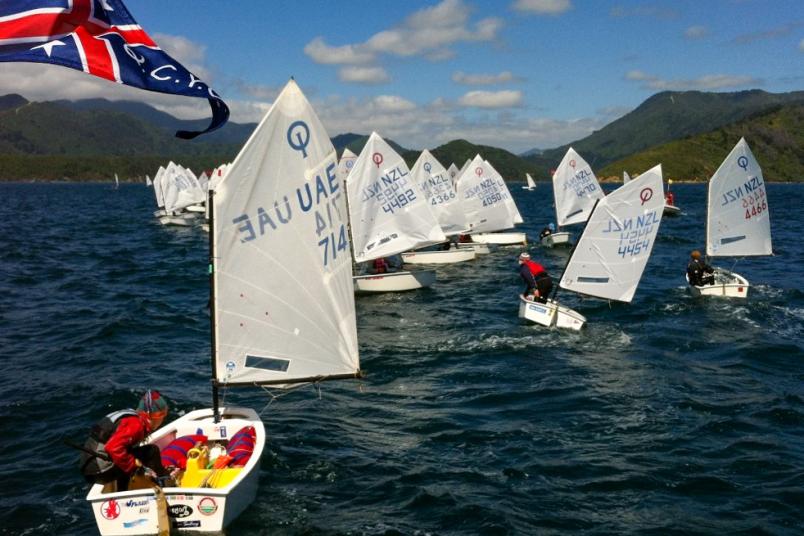 This weekend's Marlborough Nelson Regional Championship at the Queen Charlotte Yacht Club is set to be one of the biggest yet as it incorporates the South Island Zephyr and South Island Flying Dutchmen Championships.

So far, as many as 70 boats have registered for the event, with some coming from as far away as Wellington, Nelson and Christchurch.

The event coincides with the first weekend of the new Covid Protection Framework (traffic light system), which will present some challenges for the club. The event is being held under the Orange level and the club have instigated a procedure for verifying vaccination passes on entry to the site and event.

It promises to be another great event, especially if the weather turns it on along with the club's renowned hospitality. 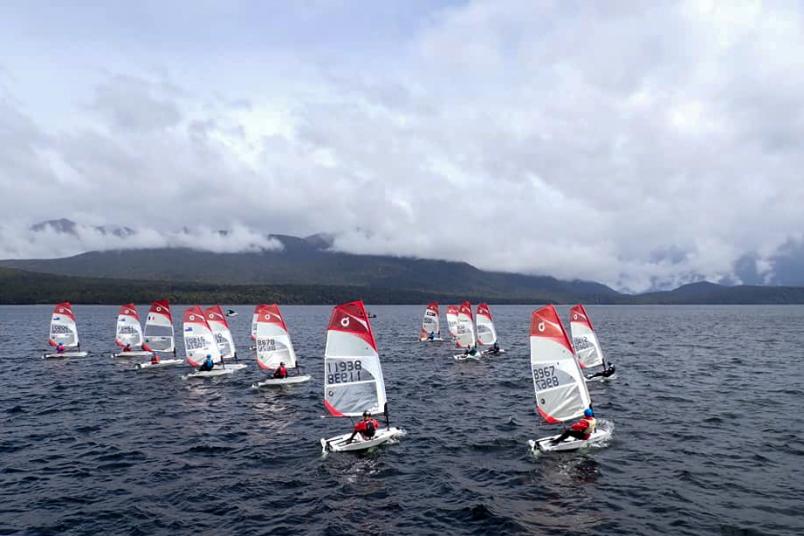 Competitors from as far afield as Napier were among the 28 entries who competed at the South Island Open Skiff Championships at the Marakura Yacht Club in Lake Te Anau recently.

Keiley Thompson (Napier Sailing Club) was rewarded for making the long trek by winning all seven races in gold fleet and Eddie D took out the honours in silver fleet. Unfortunately, no racing was possible on the second day due to a lack of wind but a BBQ was held on the Saturday evening. 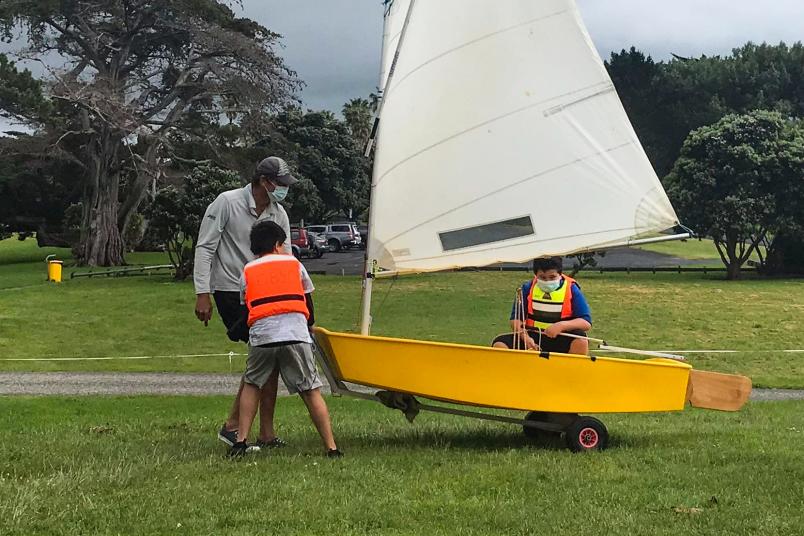 The Clarks Beach Yacht Club have seen an incredible revival over the two last years, taking their membership from 10 to 30 thanks to an enthusiastic new commodore and a fantastic bunch of local volunteers.

Their summer 2021 learn to sail programme received overwhelming interest from both children and adults but Covid border lockdowns meant their coach was unable to travel from the Waikato. Not to be deterred, the club rallied around and organised a new coach and upskilled their volunteers with a safety boat driving course.

Strong winds for the first day of the programme saw the sailors restricted to land-based activities – tying knots, understanding the wind direction and learning how to tack. Sunny skies and light winds on the second day meant sailors could put their new-found knowledge to the test by hitting the water for their first sail.

The club are thankful for all the support received from so many people over the past month in pulling it all together. A growing Clarks Beach Yacht Club community is a wonderful thing to see.