In our regular focus on the regions, the four Yachting New Zealand regional support officers take a look at what has been happening in their areas and offer advice to clubs. 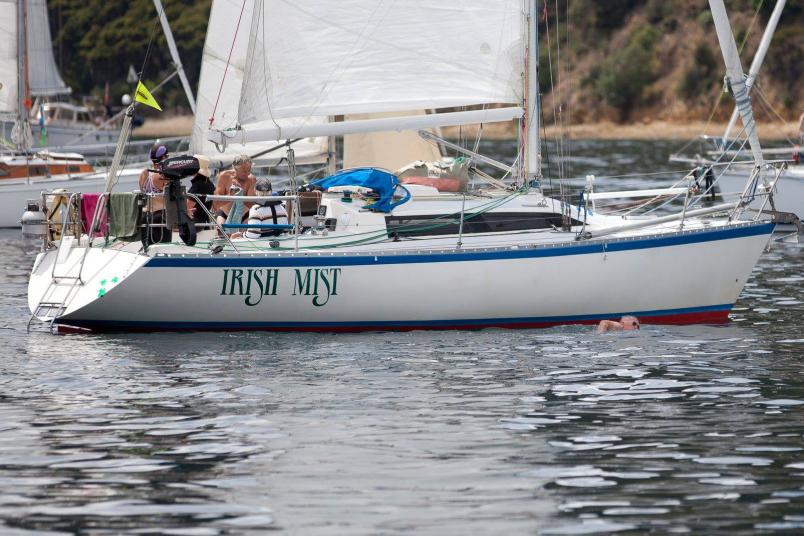 There are thousands of people who go cruising each year, be it by power or wind, and clubs can do some simple things to keep those members engaged.

One example of that is provided by the Naval Point Club Lyttelton, who set up the Little Ships Club of Canterbury to support cruisers.

The Little Ship Club is a group of current, former and future cruisers who gather on a regular basis to discuss articles of interest, listen to guest speakers and organise events connected with the sea and those who sail on it.

For an additional $20 on top of the Naval Point sub, members can enjoy:

• Membership in a unique historic and prestigious organisation
• Members-only outings, some of which will give members access to otherwise closed venues
• Access and the right to borrow books from their extensive nautical library
• The opportunity to purchase club caps ($15) and club burgees ($40)
• The opportunity to make new friends with others who share similar interests
• Access to the vast repository of technical and maritime knowledge held by members
• Visits to member’s crafts and opportunities to sail in them and see how they are organised
• Regular informative newsletters
• Social interaction with like-minded, fellow enthusiasts

Events are held monthly, so check out the calendar of events on their Facebook page to see what they are up to.

The Waikawa Boating Club also have an active group of cruisers and, rather than post-race drinks in the clubhouse, prefer to meet off one of the club’s 100 moorings out in the Marlborough Sounds, a fish on the hook and the barbie warming up, or anchoring somewhere around the coasts of New Zealand (or further afield).

Whatever your ambitions, the team at Waikawa are happy to offer advice and assistance under the capable and enthusiastic leadership of rear commodore cruising Liz Nelson. 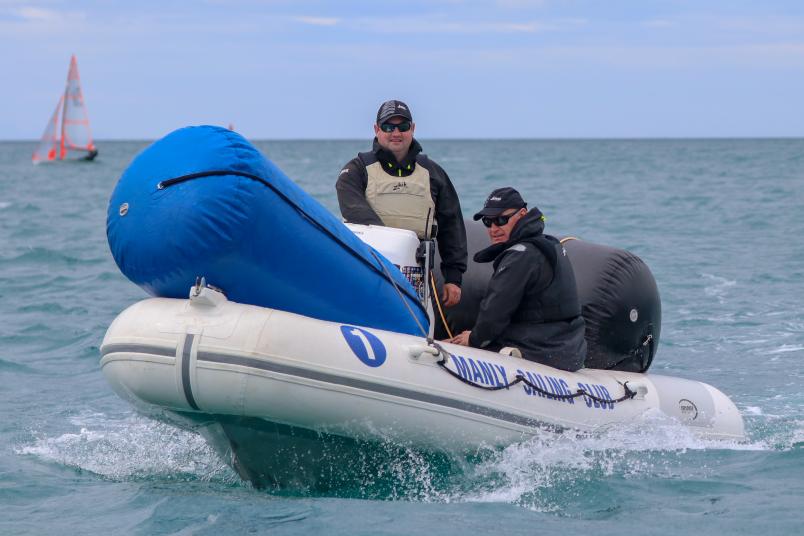 When using volunteers outside of your own club membership to provide on-water support at regattas, ensure they are well-equipped with all the necessary information regarding key contacts, communication channels, operational levels and emergency procedures when out on the water.

To help clubs with this, we have put together a safety card template for clubs to use to provide these volunteers all this important information. 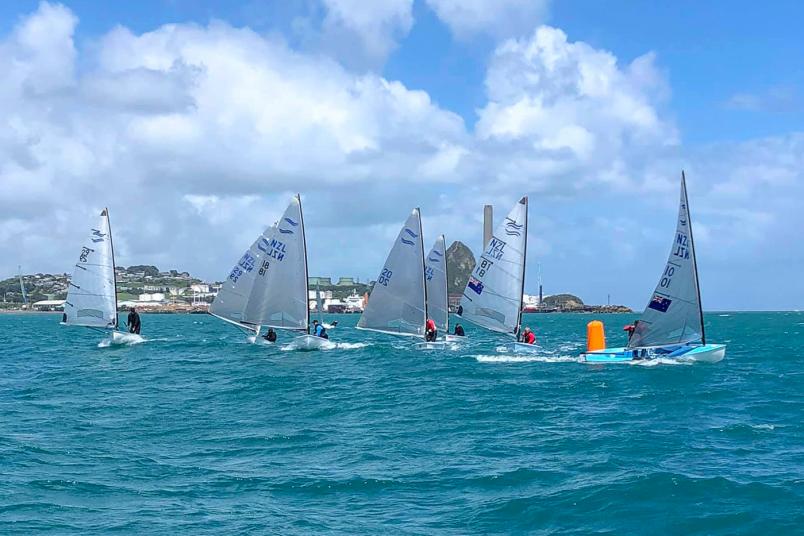 Perrow finished on nine points across the seven races, one point ahead of Hall with David Hoogenboom a further six points behind in third.

The 11-boat fleet had a mix of North and South Island competitors who sailed alongside the junior fleet at New Plymouth. They tackled four races on the first day with a further three on the Sunday when a fresh breeze came through.

One of the highlights was seeing the local Optimist and Starling sailors competing on the same course as the Finns on the Saturday morning and combining with the club's senior fleet in the afternoon.

Upcoming events in the South Island 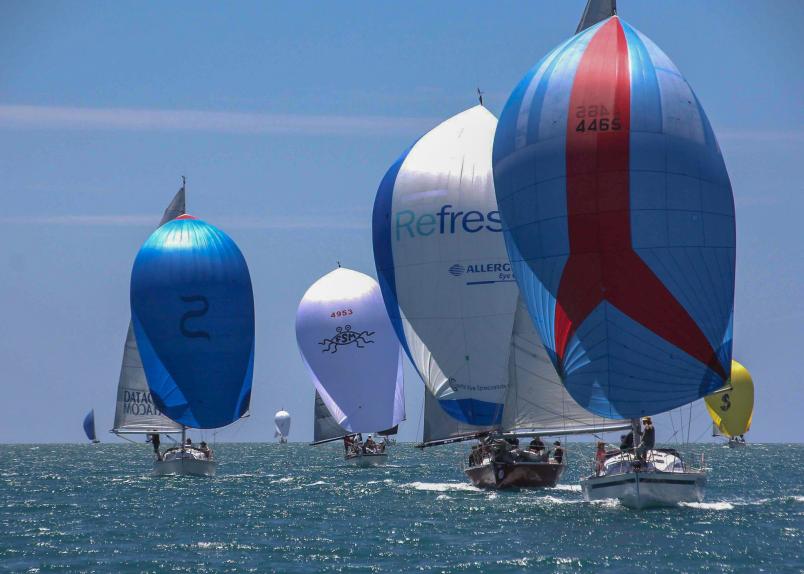 Nelson and Marlborough is the place to be in January and February with a number of significant events taking place before the focus switches to the Deep South.

The 2021 Regatta is the biggest on-water event in Nelson and open to keelers, trailer sailors and sports boats.

A full programme of racing starts on January 22 and goes through to January 26 and incorporates the annual Wellington to Nelson race, round-the-cans racing and coastal racing, which will include a night and a beach party in Torrent Bay in the Abel Tasman National Park.

Boats taking part in both the Nelson Regatta and Waikawa Regatta (Jan 9-10) will be able to compete in the inaugural Top of the South Championships then, after celebrating in Nelson, there is just enough time to fly out to join a boat for the CRC Bay of Islands Sailing Week.

The Open Teams Summer Regatta will be held in Nelson on January 30-31 and will be a great chance for teams to get some practice before the national championships rolls around again at the Kerikeri Cruising Club in June.

The regatta is mainly geared towards post-schools teams, either open or even university teams, but senior school teams up for a challenge are welcome as well.

For more information email jamie_2121@outlook.com or nztsasecretary@gmail.com, or see the notice of race here 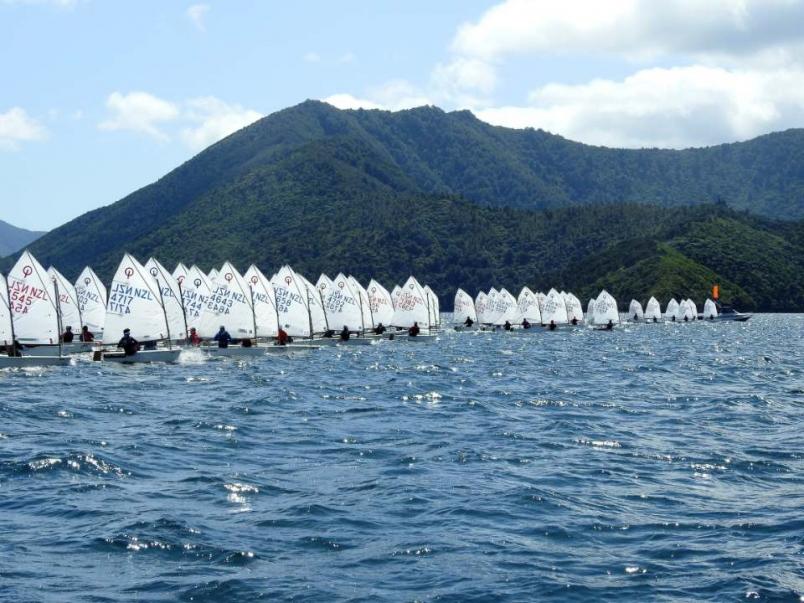 The Interislander Optimist and Port Marlborough Starling Regatta (February 19-21) is always a highlight on the junior sailing calendar, not least of all so mum and dad can enjoy the Taste Marlborough evening sampling local wines and foods.

Next year's regatta, the 13th edition at the Queen Charlotte Yacht Club, will be a green event under the Sailors for the Seas Clean Regatta programme.

Interislander have again offered some great deals to get across the Cook Strait and details of these offers are available when you register for the regatta.

The Bluff Oyster Regatta (March  20-21) is a regatta like no other, not least of all for the great sailing as well as a taste of southern hospitality off the water with delicacies fitting the name of the regatta. 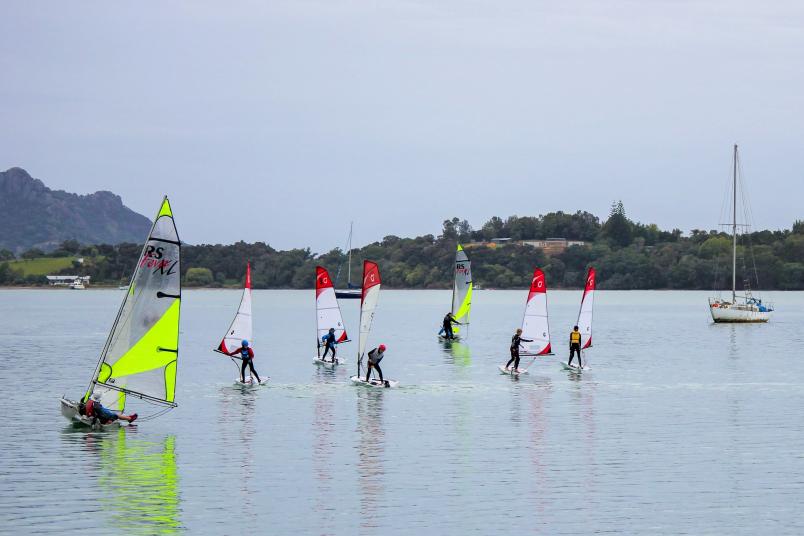 The Whangarei Cruising Club, in conjunction with the Sail Northland Charitable Trust, hosted a very successful training regatta at Parua Bay last weekend as a way to give the new sailors a regatta experience and for parents to find out whether their children enjoy this type of sailing.

Racing in two fleets, a mixture of RS Fevas, Splash and Yamaha in one fleet and eight O'pen Skiffs in another, they encountered very blustery conditions on the first day. It was real test for the younger sailors in the O'pen Skiffs but, judging by the smiles, everyone enjoyed it.

The conditions were a lot gentler on the Sunday, which made for some excellent and close racing.

The sailors were assisted on the start line and around the course by a coach, encouraging them when the racing went well and offering support when a wind shift went against them. Afterwards, the sailors were encouraged to think about entering this weekend's Sir Peter Blake Regatta at the Torbay Sailing Club.

The Whangarei Cruising Club intend holding another learners' regatta at Parua Bay on March 20-21, when a similar approach will be used. 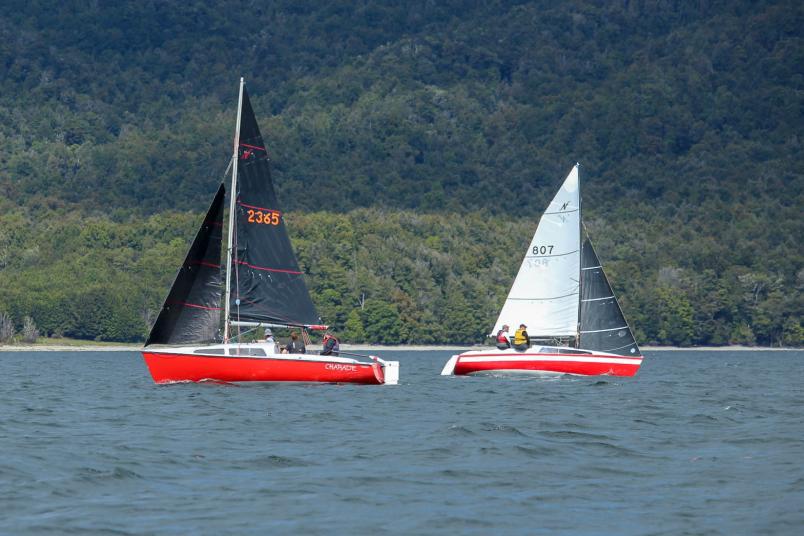 It's been a busy time for the Marakura Yacht Club with two significant events held close together recently.

The Dome Island Race had a mix of strong winds, light winds and in-between winds but everybody finished with breeze which made for some extremely tight racing.

A nice southerly then kicked in for the International Paints around-the-buoys racing, with four races completed so was a great day on the water morning. Bart turned the tables on Eau asis to take the series, with Guzzini third.

Shortly after this 10 boats battled it out on Lake Te Anau for the Nolex 22 South Island championships, with Freestyle taking the title ahead of Charade and Hardcore Pawn. 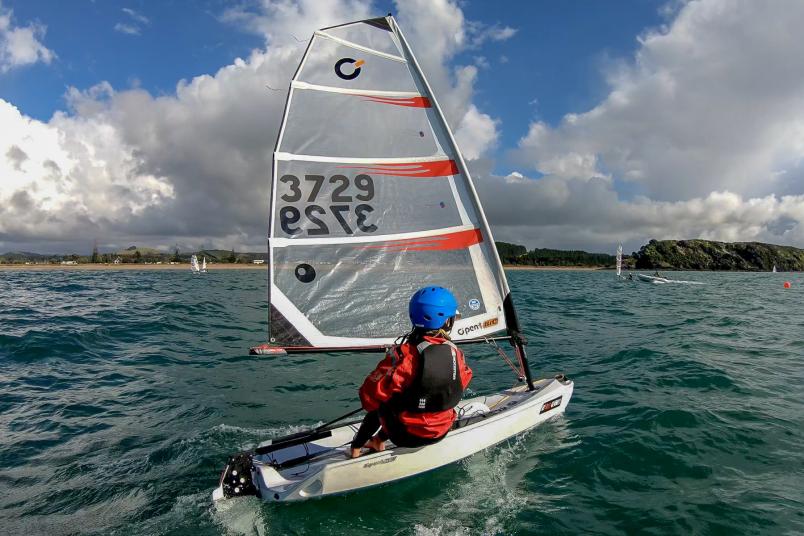 A record 44 entries across nine classes competed at the Far North Championships at the Taipa Sailing Club last weekend.

The venue at Doubtless Bay lived up to its reputation as a beautiful place to sail with a light sea breeze on the Saturday and fresh crosswind westerly on the Sunday.

An early start on the second day allowed travellers to get away mid-afternoon and the relaxed atmosphere was a winner.

Thanks to Nick Webley from Burnsco and Mike Pasco from nzsailing.net for donating the prizes.