It was as busy as Grand Central Station, as an incredible 603 races were completed at the Secondary Schools Team Sailing National Championships held at Algies Bay recently.

The weather was kind but it meant race officers were able to fire off an average of more than 100 races a day to complete a five full rounds - a record.

In the end the Rangitoto College team of Lucy Leith, Naiomi Ferrissey, Caleb Armit, Joe Leith, Seb Menzies, Alex Hebberd, Josh Ferrissey and Kayla Abbott sailed a superb series to retain the trophy they won last year. They lost only three races all regatta and were unbeatable in the last two round robins to finish on 37 wins. 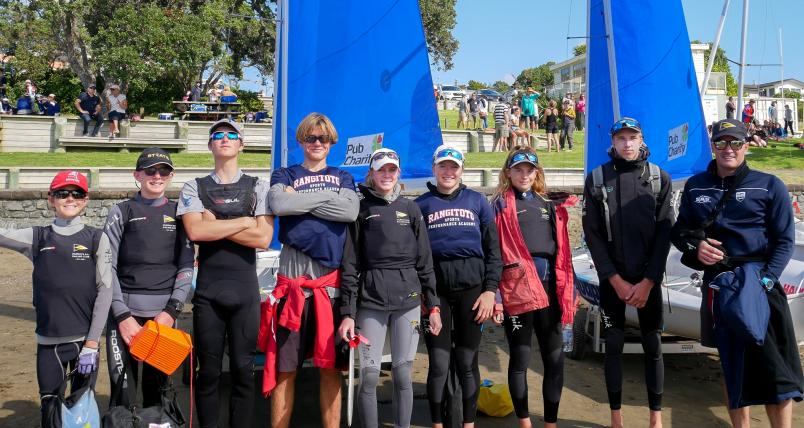 Competitors faced a wide range of conditions, from light and shifty breezes to steady and strong winds, to test their sailing skills.

It took a team on and off the water to make the event happen, including regatta coordinator Ross Sutherland, race officers Viv Butcher and Richard Brown, chief umpire Rob Herries and the rest of the umpiring team (including those newly qualified this week).

Next year's national championships will also be sailed at Algies Bay when Rangitoto College will be looking to achieve a hat-trick of titles.

Full results and standings can be found here.