Karleen Dixon still remembers her surprise when she was asked to skipper a team in the inaugural NZ Women's National Keelboat Championships more than 30 years ago, even though she'd never really sailed a keelboat before.

Yesterday she added a seventh national title - on top of her seven (she thinks) second placings - to confirm her standing as one of the best female keelboat skippers in the country.

It was also her second in a row and came in very contrasting conditions to the 2020 Barfoot & Thompson NZ Women's National Keelboat Championship.

"It was a pretty sweet victory," Dixon said. "Last year was super-windy and it was nice to do it back-to-back in completely different conditions. For anyone who thought we won last year just because it was windy, we showed that we could do it in the light as well, so it was really nice."

Dixon and her crew of Paula Satterthwaite, Jennifer Jameson, Miranda Addy, Kieran McMaster, Kylie Jameson and Bex Gmuer Hornell finished one point ahead of Melinda Henshaw, with Megan Thomson another nine points behind in third. 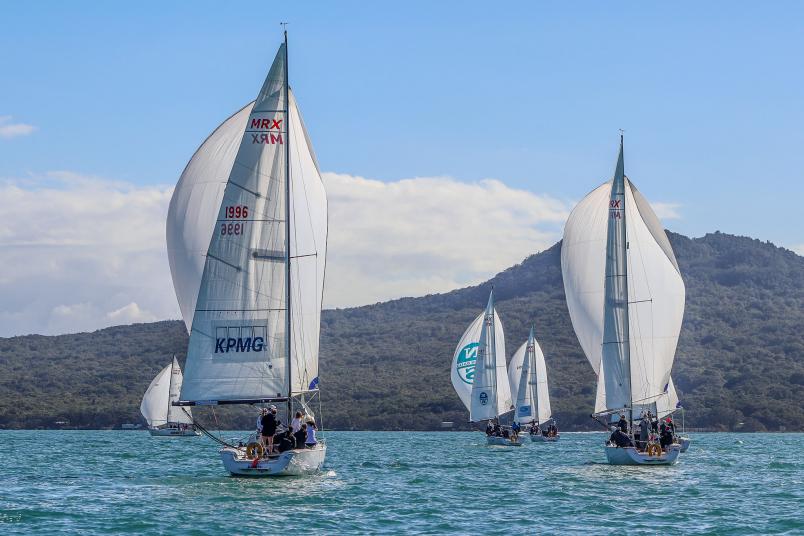 Dixon had some nervy moments, especially after they finished seventh in the eight-boat fleet in the second race on Saturday, but excelled on the final day with two wins and two seconds.

The majority of the crew have been sailing together for years and Dixon has been a regular in the event since the first 31 years ago when it was sailed in Farr 1020s. These days they use the MRX fleet.

Dixon, who had been a Europe dinghy sailor at the time, was asked by the Royal Akarana Yacht Club to helm a team, even though she lacked keelboat experience, and an advert was put in the paper to find a team.

"We have been sailing together a long time and we're all very good friends," Dixon said. "We go to each other's weddings and birthdays and we have an absolute blast together. That experience pays off."

It's one event the team make an effort to compete in, on top of the annual Waikawa Women's Regatta, but they can struggle to get together at other times due to work and family commitments.

Dixon expects to be back in 2022, when she will go for a third win in a row, but she would also love to see more younger crews pushing for the crown.

"When you look at the fleet, obviously I've been doing it a long time and so has Melinda and her crew," Dixon said. "Where have all the other teams gone over the years? It's just a bit sad some have dropped out, so it's always great to have the youth girls out there snapping at your heels."