Jan Apel was the latest para sailor recognised by Paralympics New Zealand as part of the Celebration Project which officially celebrated the achievements of New Zealand’s 209 Paralympians since Tel Aviv 1968.

Apel was born and bred in Wellington but in 2000 was diagnosed with a spinal cord condition which meant she would lose the use of her legs over time.

In 2010, she tried out a newly-installed sailing simulator at the Auckland Spinal Unit gym, which sparked the beginning of Apel's sailing career.

She teamed up Paralympian #172 Tim Dempsey the following year and the pair made their debut at the world championships in the Netherlands in 2011 when they qualified a slot for New Zealand for the London 2012 Paralympics.

Apel is to date the only female Paralympic sailor to represent New Zealand.

She now resides in Auckland where she is still actively involved with Sailability Auckland and is also a member of the Royal Akarana Yacht Club. Over the years she has also had national successes in para archery and shooting para sport. 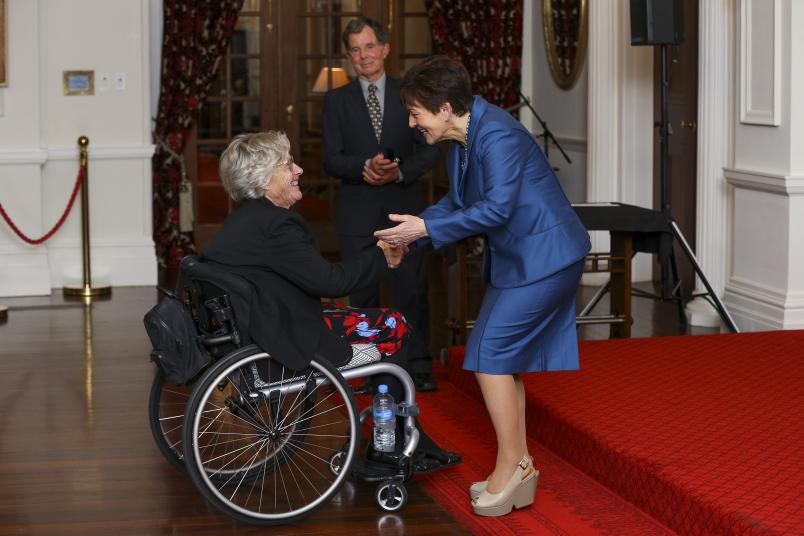 This week's ceremony in Wellington was the the ninth community event as part of The Celebration Project, when 18 New Zealand Paralympians came together at Government House hosted by PNZ Patron Her Excellency The Rt Hon Dame Patsy Reddy, Governor-General of New Zealand.

The Paralympians are now part of a group of 103 NZ Paralympians that have received their official ‘numbered’ Paralympic pin and certificate following The Celebration Project events in Auckland (x2), Whangarei, Hamilton, Tauranga, New Plymouth, Palmerston North and Queenstown during 2019/2020.