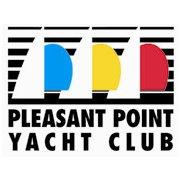 PPYC are currently working out of five shipping containers as they look to build new facilities after the Canterbury earthquakes.  If they can raise $1 million to re-build the clubrooms, apart from ensuring their club thrives, they will be contributing to the regeneration of South New Brighton and grassroots sailing in eastern Christchurch.