Youngsters get back in the international saddle in Kiel

Kiel Week is the world's biggest regatta and an appropriate way for many of New Zealand's emerging sailors to reacquaint themselves with international competition.

The biggest contingent is in the skiffs, and three younger 49er crews will join the three who have already competed internationally in 2022 and another 49erFX combination will also join the mix among the more experienced campaigners.

"In many respects, Kiel Week marks the start of campaigning for the 2028 Olympics for some of our younger crews," Yachting New Zealand talent development manager Geoff Woolley said. "This will be their first taste of international racing for some time and will be a good chance for them to see how they stack up.

"Kiel Week is always a great event - there are about 4000 sailors competing this week - with awesome conditions and strong fleets."

Two New Zealand boats have already made a start to the 140th edition of Kiel Week and the results have been encouraging.

George Lee Rush and Seb Menzies top the standings in the 29er, which doubles as the Euro Cup, having won all six of their races in qualifying. And Caleb Armit is third in the open ILCA 6 (Laser Radial), only two points off the lead after six qualifying races. 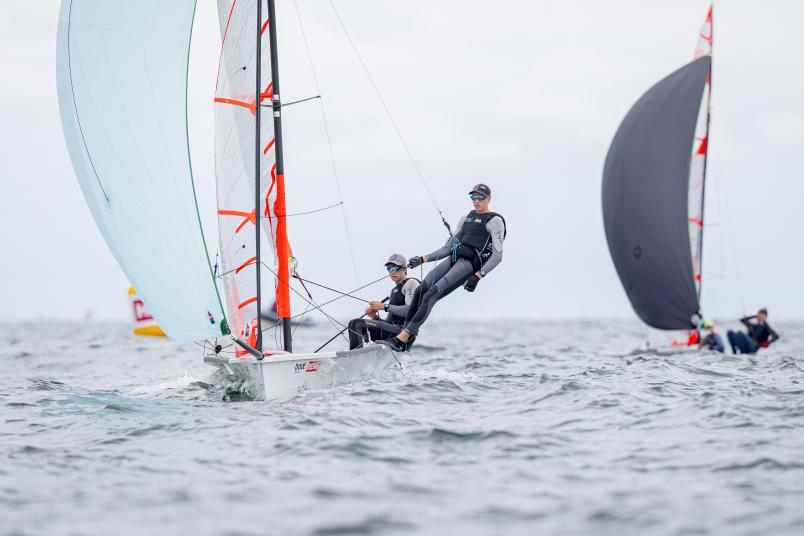 The next four months loom as an important period for many of New Zealand's Olympic class sailors competing internationally.

A big contingent will head to next month's 49er, 49erFX and Nacra 17 European championships in Aarhus as well as the 49er and 49erFX junior world championships for under-23 sailors in Lake Como in early August.

"We highly value major junior regattas in all Olympic classes as an important step as our sailors transition from the youth classes into top Olympic campaigners," Woolley said. "These events are a chance for them to line up against sailors they'll be competing against throughout their careers."

Racing will get under way at Kiel Week for the 49er, 49erFX and Nacra 17 sailors on Wednesday night (NZ time).