Delayne Salthouse was angry but knew there was no one individual or organisation to rebuke. The whole world was, quite literally, to blame.

She had just collected a "horrendous" amount of litter during her regular walk along Narrow Neck Beach and decided something needed to change.

"I remember thinking, 'where can I have the biggest impact for this problem?' and looked up and saw the club," she explained. "I thought, 'there are 450 members at this club, I’ll start there'."

What started with a local action plan has turned into a national programme, with Salthouse playing a leading hand in the development of Yachting New Zealand's Clean Club programme. This was the first of its kind in the world when it was launched late last year and is something other countries are looking to emulate.

Now the Wakatere Boating Club, the club Salthouse and her family have been long-time members of, have become the country's second three-star clean club. It's appropriate recognition for the work the club have done to become more environmentally sustainable but also acknowledgement of their place as leaders. 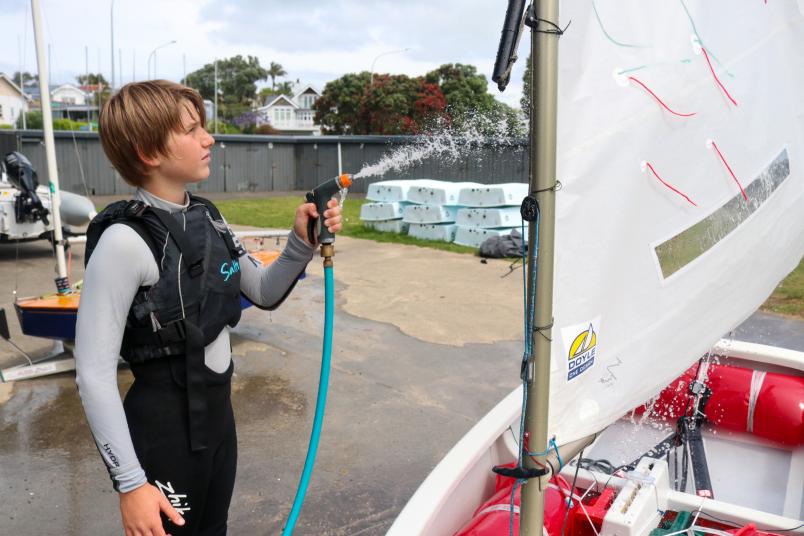 They were the first to run clean regattas under the Sailors for the Sea Clean Regatta programme when they started with the Wakatere Junior Regatta in 2018. They now run all their major regattas at platinum level and the changes they have made around the club have altered behaviors among members and visitors.

"There’s a real appreciation that, through our clean regatta efforts, the process has become really simple," Salthouse said. "A lot of the things we need to put in place for clean regattas have become part of our club’s day-to-day processes. It’s happened quite intuitively and grown to the point where we’re all of a sudden ticking all these environmental boxes that have become standard practice for us.

"The biggest hurdle was people’s mindset and demystifying it a bit. When I asked members to run a clean regatta, people were wary of getting involved because they thought it would be an arduous job. But once they’ve got involved they’ve said, 'actually, that’s really easy'. The idea of it is more daunting than the actual doing of it."

That's why Salthouse's biggest advice to clubs thinking about starting on their own sustainability journey is just to start. It's also why she's happy to act as a sounding board for other clubs.

"There’s no right or wrong approach," she said. "The only wrong thing is not doing anything. Start at the easiest, most obvious place for your club and just start. One thing will lead to another.

"The Clean Club programme has been designed to be as easy as possible. With the three layers [of achievement], it doesn’t have to be an overwhelming first step. It’s a little bit like exercise. If you go out and try to run a marathon straight away it's going to be awful so start by running around the block or whatever. Gradually you'll get there." 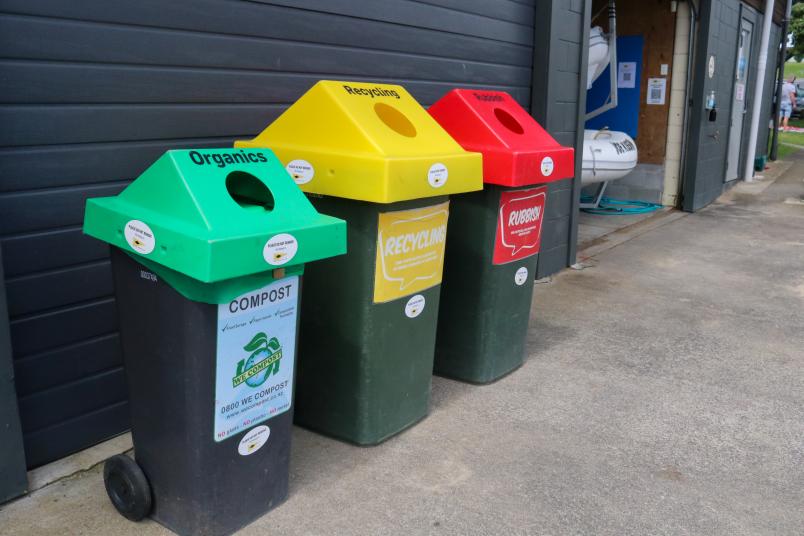 Three-star recognition is not the end of the journey for Wakatere. They have plans to help regenerate the health and abundance of shellfish at Narrow Neck Beach and want to recruit more club members to become more actively involved in sustainability initiatives.

"As a club, sustainability and environmental issues are at the core of all of our decision making," Salthouse said. "When we are running an event or hosting regattas, there’s always an environment mindset. That culture has been developed and that’s what I am most proud of.

"What I would like to see is that to become stronger throughout our whole membership, not just at general committee level. I know our members are proud that Wakatere have achieved all these things but it’s the actual hands-on involvement I would like to create and encourage more opportunity for.

"It's something we all have to do. You can’t ignore it. The sooner you get onto it, the better it is for our planet and oceans, and the more people we can educate and influence to make change."