Shorthanded sailing a battle of mind and body

Hallucinations are common and one experienced campaigner thinks shorthanded offshore sailing helped prepare her for motherhood.

Shorthanded sailing is growing in popularity in this country and that will only increase with the inclusion of a mixed two-handed offshore keelboat event on the programme for the 2024 Paris and 2028 Los Angeles Olympic Games.

Not everyone will get to that level but it's added a new layer of interest to an already burgeoning side of the sport. At last count, there were already 73 entries for the first event in the SSANZ Triple Series on July 4.

Doyle Sails brought together four of this country's most experienced offshore sailors - Mike Sanderson, Emma Sanderson, Stu Bannatyne and Bianca Cook - to talk in front of about 70 people at the Royal New Zealand Yacht Squadron last night about how they would approach a shorthanded sailing campaign at whatever level. 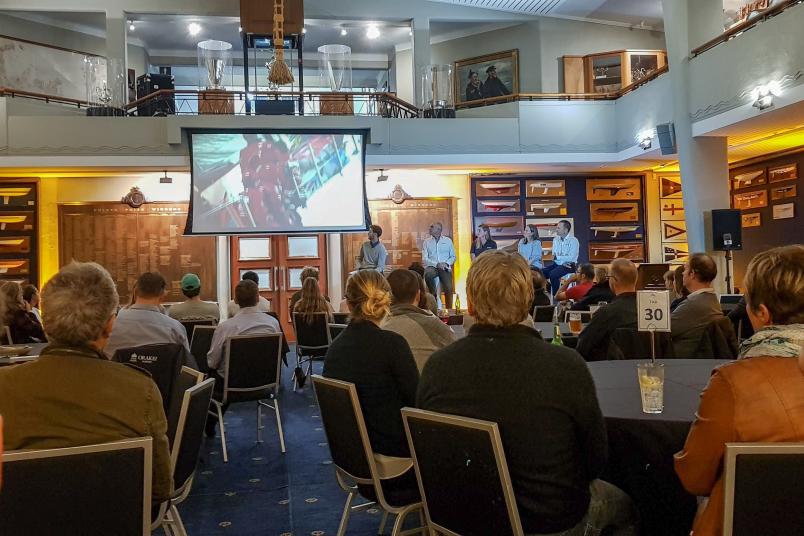 One of the main themes throughout the evening was that short-handed sailing requires a blend of good all-round sailing skills from both skippers to succeed, but that careful management of your body is vital to performing at your best at all times.

Sleep deprivation is a constant battle and can lead to hallucinations for many sailors during the course of a race.

Mike Sanderson experienced this when he imagined his best mates onboard alongside him to help with a sail change. He also told the story of a protest when one competitor thought he saw a rival competitor with a full crew onboard.

Sanderson's wife, Emma, said there was an upside to sleep deprivation because it set her up well for motherhood in later years. In 2002-03, she became the first British woman and youngest person to complete the Around Alone, a 29,000-mile, single-handed round the world yacht race.

Some of the key messages coming from this experienced panel were:

The French are regarded as the world's best shorthanded sailors and their Figaro circuit is considered to be offshore sailing's most competitive one-design class.

Recognised as the unofficial world championships of solo offshore racing, the Solitaire du Figaro race is fiercely competitive. As many as 30 skippers are expected on the start line this year in Saint-Brieuc in north-west France to take on 1830 miles of Europe’s roughest waters, including some of world’s best ocean racers as well as ambitious young rookies.

The details of the Olympic event are still to be confirmed, but it will be a mixed gender two-person crew competing on a 30-35ft yet-to-be-decided boat in up to three races of various distances.

The winner will be decided on the fastest elapsed time cumulative over the three races. This format closely follows the Solitaire du Figaro format that is scored/ranked by totalling the elapsed time of each boat on each leg to see who has the shortest time for all four legs.

Doyle Sails are happy to assist teams with their aspirations towards success in the two-handed keelboat scene, with almost all of the panel unanimous in their desire to compete in a SSANZ Round North Island Race one day, and maybe even take a family member along - hallucinations or not.