Rex Sellers feels a bit like a taxi driver about to hang up the keys, but it wouldn’t really be a surprise if he jumped back in the cab.

Sellers has been sailing this week with his son, Brett, at the Tornado world championships which wrapped up at Takapuna today.

At 68, the two-time Olympic medallist thought before today’s racing it might be his last major regatta but the pair went into the world championships having claimed the national title against the same competition a few days earlier and today finished fourth in a fleet of 23 boats.

Only boat damage, when an “unbreakable” part came away and meant they failed to finish two races, prevented them from collecting silver behind Australians Brett Burvill and Max Puttman. They otherwise finished in the top three in six of the 10 races, including two race wins, to end up one point off a bronze medal.

“Third is better than fourth but fourth is better than fifth,” Sellers said pragmatically. “[The breakage] really put us on the back foot and we would have been second but, hey, that’s yacht racing.

“You’re only as good as your last race and we are thrilled to have won that one. It’s been great to sail with Brett. That’s better than any win. He’s an awesome sailor. He’s as good as any crew I have had, probably better. I just do what he tells me, so the roles are reversed from when he was young.

“I always say that [this will be the last major regatta]. It’s a bit like a taxi driver going around the block; doing 100,000km and saying that’s the end. We’ll see.” 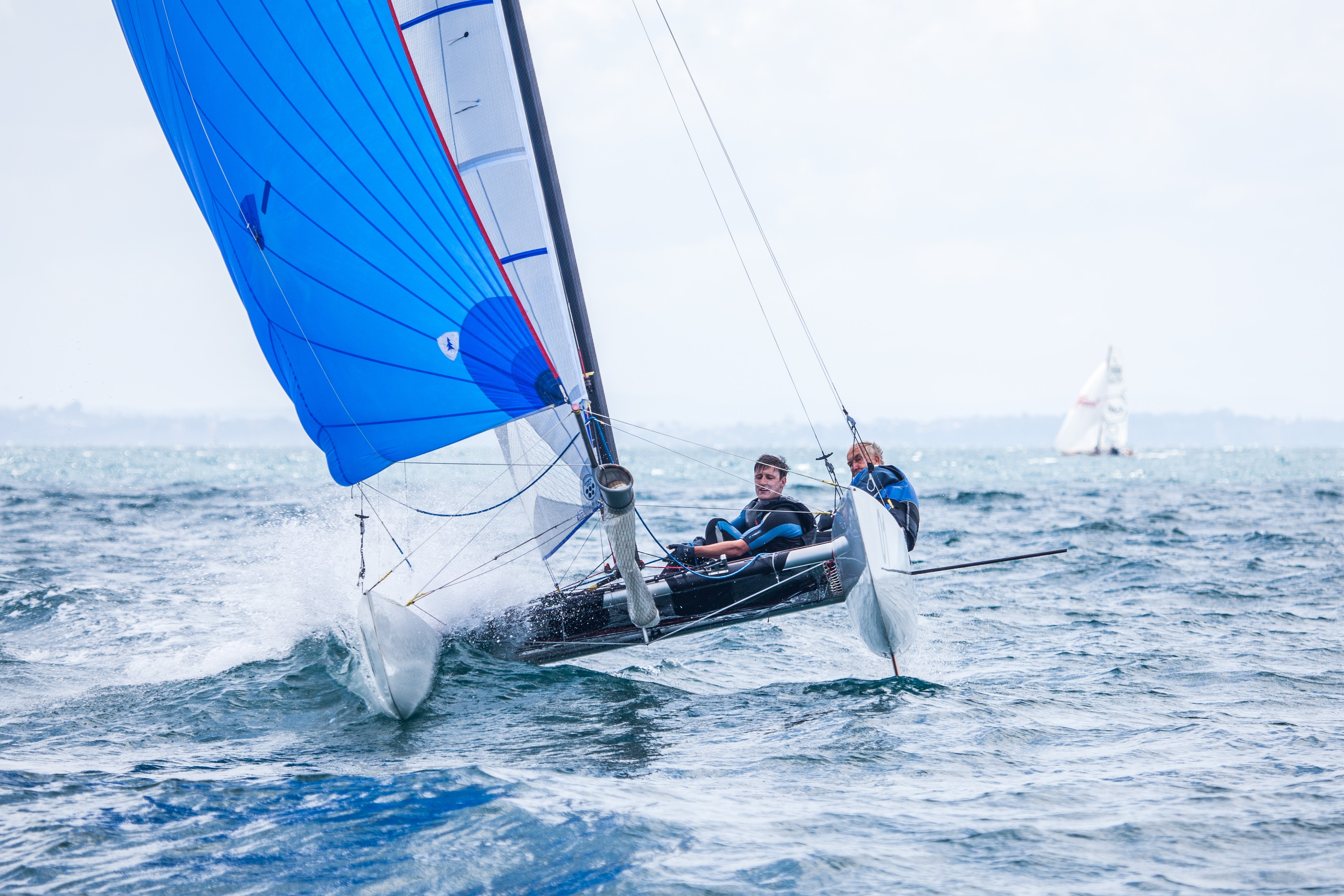 It would bring to a close a remarkable career, highlighted by Olympic gold (1984) and silver (1988) with Chris Timms in the Tornado class. Sellers went to four Olympics in total and might have won a third medal if it hadn’t been for New Zealand’s boycott of the 1980 Moscow Games.

Sellers also won gold in his age group at the 2017 World Masters Games in Auckland in the Weta trimaran and was fourth overall.

These days he spends a lot of time babysitting his grandchildren, with his daughter Justina Kitchen hoping to compete at the 2024 Olympics in kiteboarding (the sport was recently included on the programme for Paris).

Brett has also been a top sailor but money was a major obstacle. He didn’t hesitate, however, when Rex suggested they compete at Takapuna this week, 10 years after they competed at the last Tornado world championships held in New Zealand.

“It’s been really good,” Brett said. “We get on really well. There can be tense times on a race track but we are just having fun and that’s normally when you do your best sailing.”

Burvill and Puttman dominated the week, winning six races to take the title by 13 points over Switzerland’s Jorg Steiner and Michael Gloor with Germany’s Estela Jentsch and Daniel Brown a further 16 points back in third.

Soon after the boats returned to shore after the final race, won by the Sellers, Rex admitted he could be tempted to race again.

“We’ve been offered a boat for the 2020 worlds so that might be our next campaign, but we’ll just absorb this one and go from there,” he said.

Results and standings after the Tornado world championships sailed at the Takapuna Boating Club today (23 boats):