In our regular focus on the regions, South Island regional support officer Ian Gardiner takes a look at what's been going on in the area. 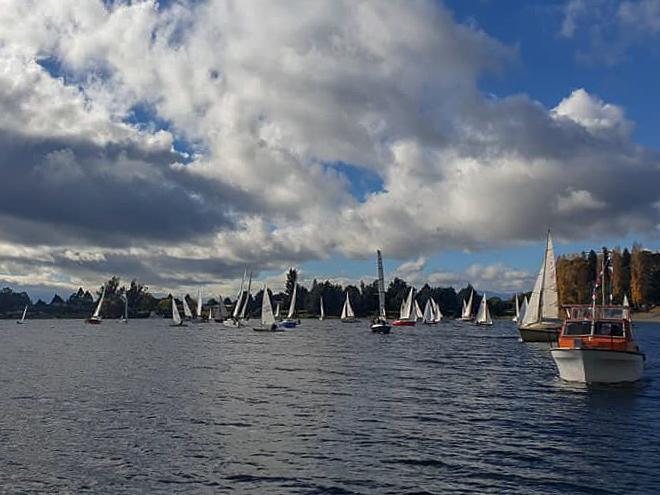 The Marakura Yacht Club hosted one of the biggest turnouts in the club's history over the Easter weekend as they celebrated their 50th birthday.

More than 50 boats from O'pen Skiffs to trailer yachts dotted the water on occasion for the event and one of the highlights of the celebrations was the sail past by all of the boats in front of the club on the last day of the regatta before prizegiving.

Another highlight was a presentation by members of Emirates Team New Zealand as they work towards the 2021 America's Cup.

Club members had worked hard organising the regatta, celebrations and gala dinner and the weekend's success was a real credit to the dedication of the members. 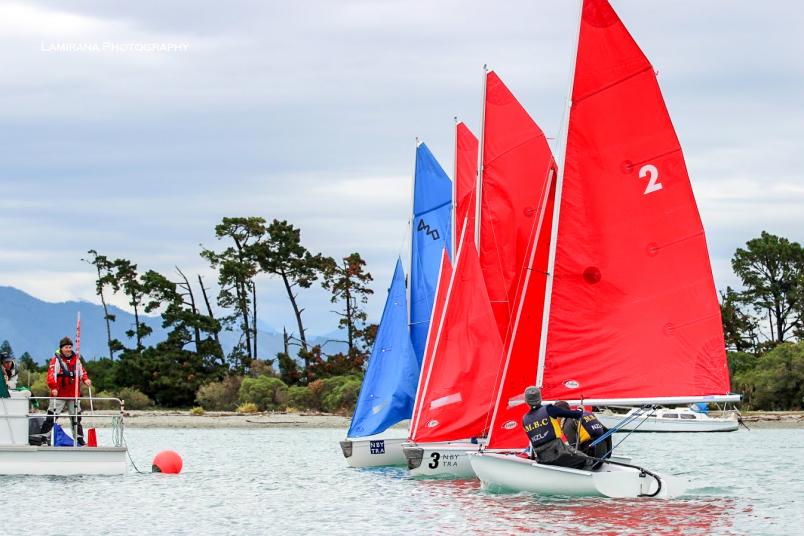 The last major area in New Zealand, Dunedin, will soon see the sport of schools team sailing on Dunedin Harbour.

A committed group have been working hard in the background to make this happen, and one of the big catalysts is the fact the New Zealand secondary schools national team sailing championships is being held at Lake Hood near Ashburton in April 2020.

A number of 420 boats have been secured and venues have been identified close to the city of Dunedin.

A three-day introduction to teams sailing is planned for Labour weekend when local secondary schools can participate and learn the sport of team sailing from a number of committed and proficient team sailors and umpires. 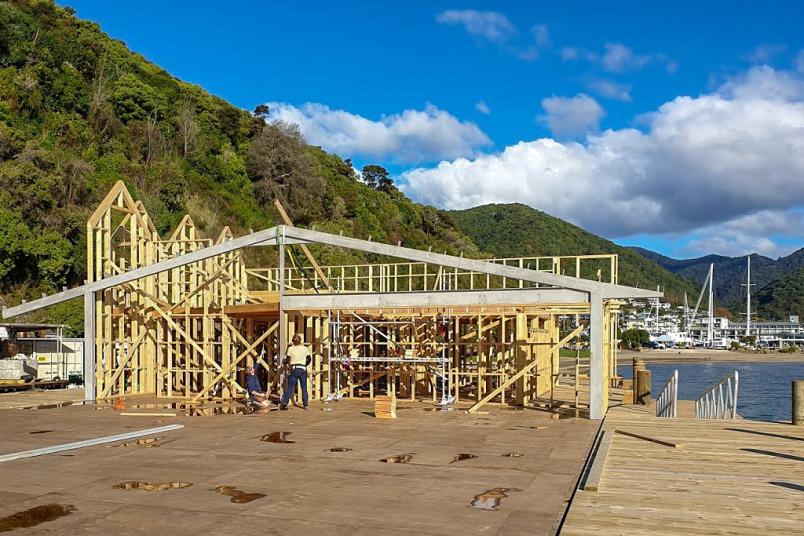 The redevelopment of the Queen Charlotte Yacht Club has generated plenty of interest nationally as an events venue and a couple of events have already been booked in for next year.

Construction of the club's new building on their leased land at Shelley Beach in Picton is well under way and is scheduled to be finished in time for the 2020 Zephyr national championships in February, 2020.

The New Zealand waka ama long distance nationals have also been booked for Anzac weekend 2020, when an estimated 600 waka ama paddlers are expected to attend.

Once the new building is up, boats and equipment will be transferred from the old building, which will be demolished. The car park and rigging area will be raised by 400mm to help future proof for climate change.

The club have received on-going support from the Marlborough District Council, who have arranged for the building’s insurance to be covered under the council's collective policy. 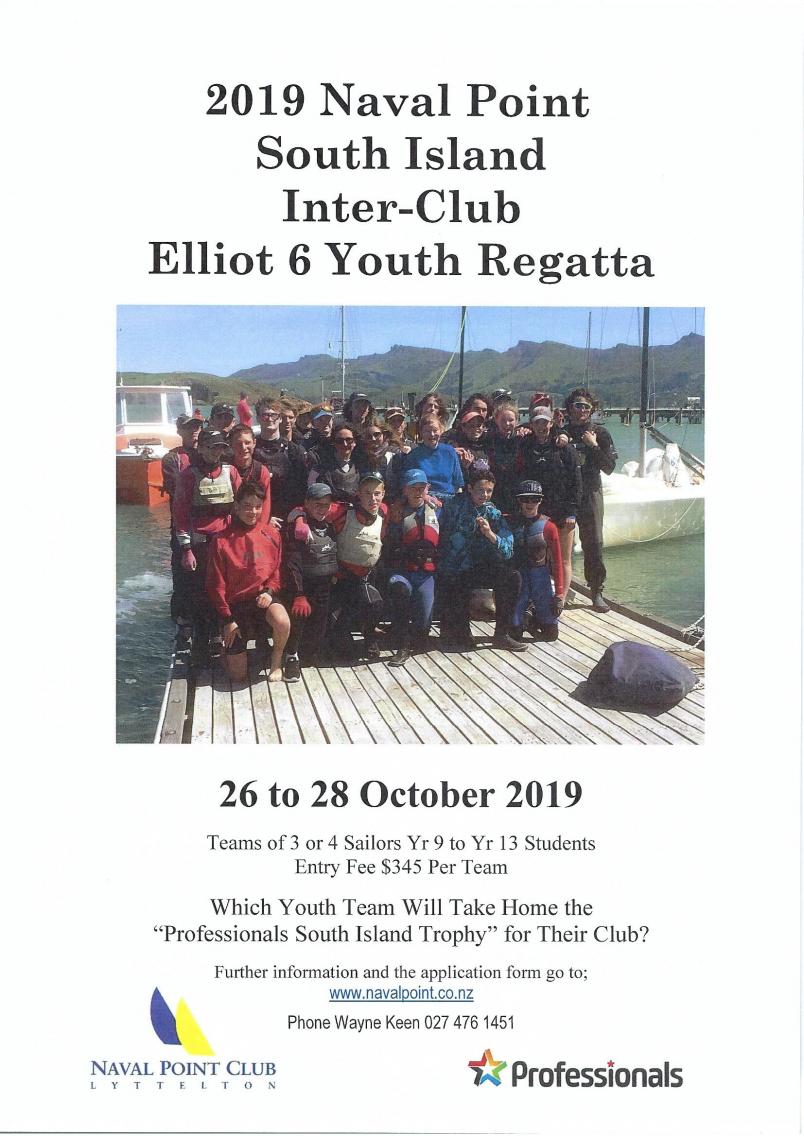 This year's event, from October 26-28, is inclusive for both female and male sailors attending a secondary school in the South Island.

This regatta has grown in popularity each year, and thanks to the Professionals for again supporting the event. For further information, phone 027 476 1451 or see here. 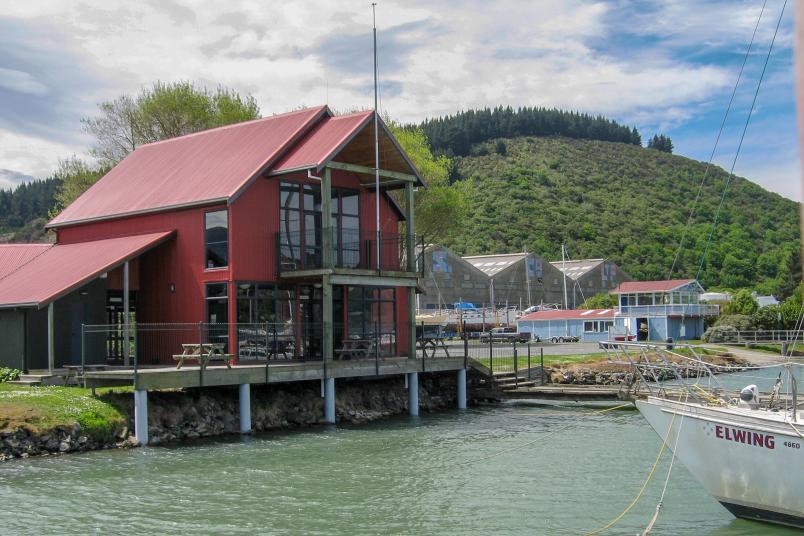 There were a number of key topics discussed, particularly the challenges facing clubs and the sport, which are also common to traditional sports and clubs in general, as well as financial sustainability, retaining existing members, attracting new members, converting learn to sail participants to club members and modernising clubs to meet the needs of our changing society.

A big part of the day was focused on sharing of ideas and concepts and updating programmes to what is happening nationally and internationally.

The upper South Island forum will be held at the Christchurch Yacht Club on June 15.