In our regular focus on the regions, the four regional development managers look at what has been happening in their areas and also provide some advice on succession planning at your club.

As many clubs approach their AGM this year we encourage committees to think about succession planning - who might be filling roles on the committee in the future or what skillsets might help make the committee stronger.

A common concern volunteers have around taking on positions in clubs is that they will become ‘trapped’ in that role due to a lack of other volunteers to take over. But if the club has a succession plan in place, they are better able to manage this situation.

Succession planning ensures that when someone leaves a position, the club is prepared and have the appropriate people and processes in place to ensure a smooth transition of people between roles.

Succession plans also help to improve the strength of your volunteers and creates a more appealing environment for them to operate in.

Here are some key things to remember with succession planning:

Aktive which is the wider Auckland Regional Sports Trust, have put together a great succession planning toolkit, which details everything you need to know about creating a successful succession plan for your club. 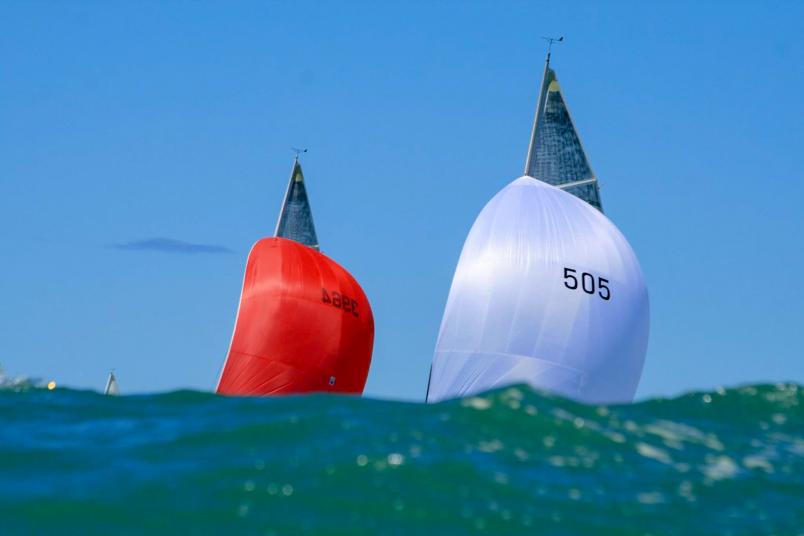 The Motueka Yacht and Cruising Club will in February hold their first national championships for close to 30 years when the Noelex 22 nationals will be held on the pristine waters of Tasman Bay.

The last major championships held at the club was the Paper Tiger national championships in the early 1990s so it's fair to say it's been a long time between regattas.

The club have members who are dinghy, trailer yacht and keelboat sailors, including commodore Neil Clifton who is a Noelex 22 sailor.

"Motueka is an ideal venue with the waters of Tasman Bay providing summer sea breezes, which are ideal for the Noelex 22 class," he said. "The club situated in the Motueka inlet so provides easy access to launching and parking."

The national championships will run over Waitangi weekend, from February 4-7, and it's hoped competitors will take the opportunity to spend a few days in the area around the time of the championship to enjoy the local sights and hospitability.

Motueka is a popular holiday destination with Kaiteriteri and Marahau close by and the Abel Tasman provide ideal cruising waters and a popular destination for boaties. 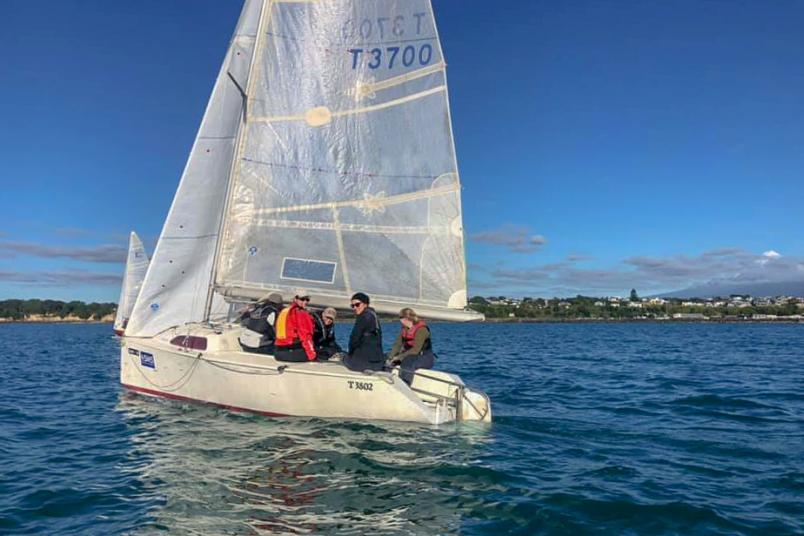 New Plymouth launched their new women’s sailing programme on a fantastic winter's day sailing off the Taranaki coast recently when a great group of 13 women came together to give sailing a crack.

A lot of fun was had in beautiful conditions and new connections were made, making it a great experience for all involved.

Further sailing is planned using the club's two Elliot 5.9s before a move into the club 420s when the weather warms up a bit. 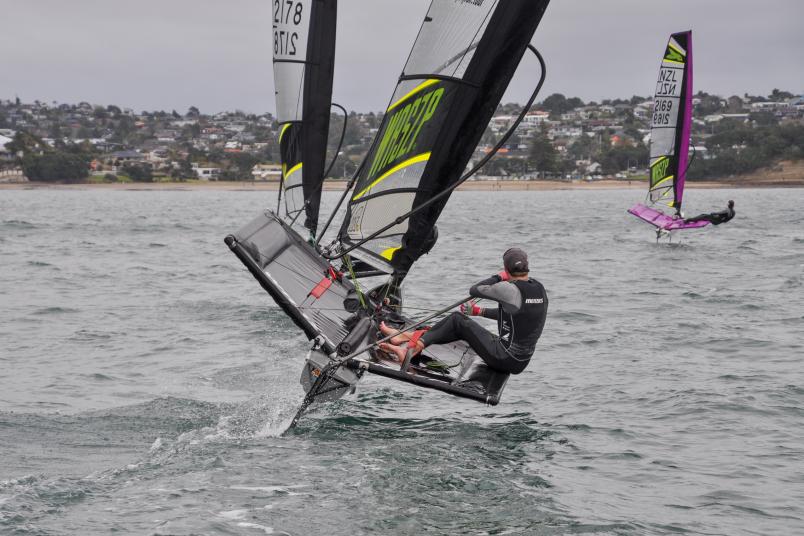 There was an international flavour to the recent Waszp Murrays Bay club champs when sailors representing French and Canadian clubs took part.

The event was open to all Waszp sailors but only the international contingent residing in this country joined the Murrays Bay sailors.

It was still a very strong fleet, with several sailors who have achieved national podium places over the last few years competing.

Alex Mitchell-Barker finished on top ahead of Sam Street and Lucas Day with Elise Beavis taking out the honours in the women's competition. 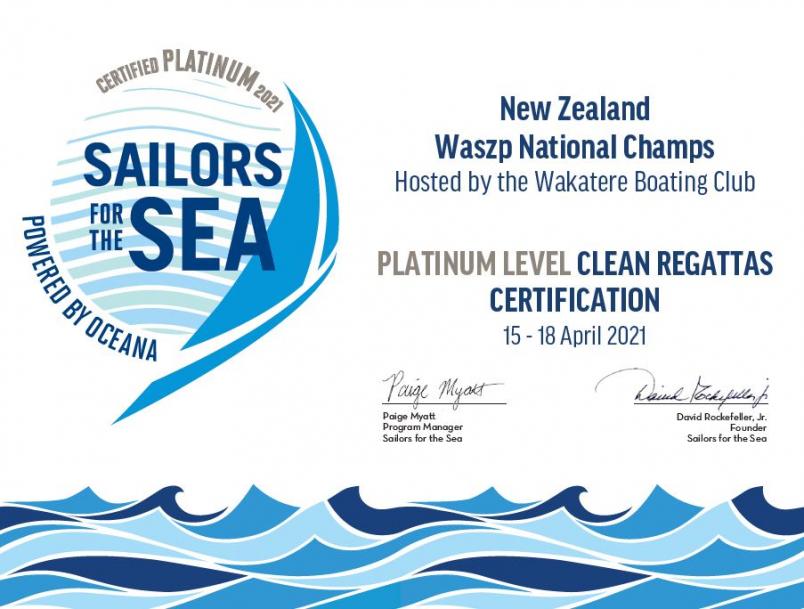 The Wakatere Boating Club have been leading the way with their environmental efforts and that was further highlighted when they received platinum certification for April's 2021 NZ Waszp national championships.

Platinum is the highest achievement under the Sailors for the Sea clean regatta programme, which you can find out more about here.

It's not as daunting as you might think and is well worth the effort because, as guardians of the seas, we should be leading the way in marine conservation.

Congratulations to sailors, race management, volunteers, fun committee and the Waka green team for their efforts over the Waszp nationals. 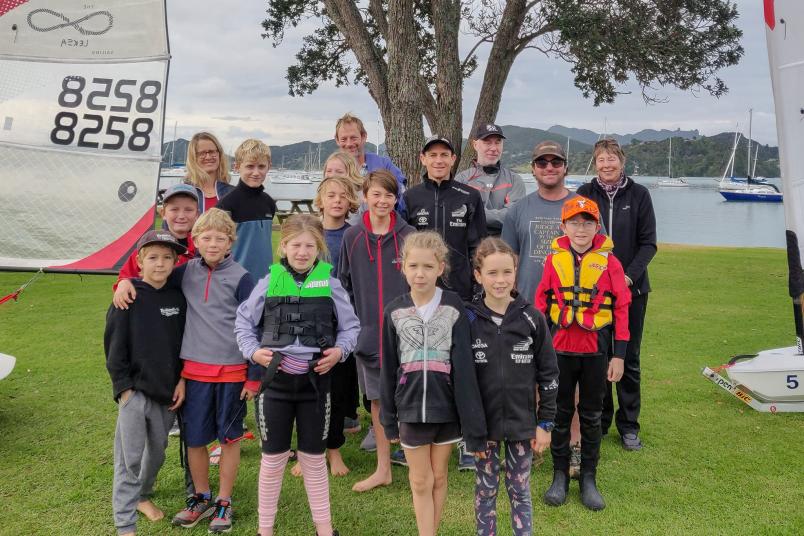 Momentum continues to gather for youth sailors in Tutukaka ahead of the new season, with the visit of a couple of sailing greats, continued collaboration with other clubs and growth of the fleet of boats at the club.

Olympic champions Peter Burling and Blair Tuke met up with a number of youngsters during one of their training stints at Tutukaka and this proved immensely popular.

It provided another shot of motivation for the youngsters and many continued sailing through the autumn for the first time ever. Tutukaka have continued to share coaching, boats and facilities with the Whangarei Cruising Club which has proved very successful.

A recent specialist O’pen Skiff clinic coached by Andy Child of the Bay of Islands and held at the Whangarei Cruising Club saw both clubs’ fleets well utilised, including the launching of Tutukaka’s four newly-funded O’pen Skiffs.

Murrays Bay were looking to find new homes for some of their older but entirely serviceable boats after upgrading their fleet.

The addition of these boats will allow the learn to sail programmes to both expand and operate effectively, especially given the growing membership.

Bring on next season! 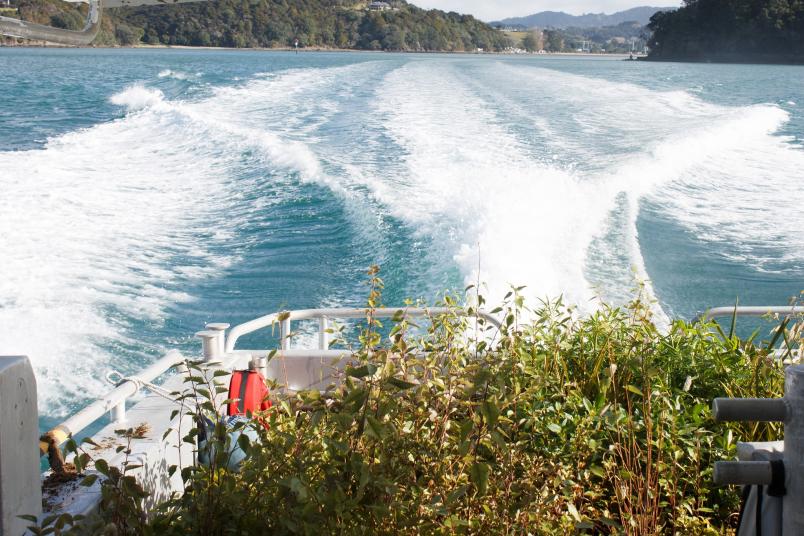 Last week, a team of RNZYS volunteers and staff transferred 4000 native treelings from the mainland to Kawau Island ready for planting in the cleared area as part of the RNZYS Kawau Legacy Project.

See here for more information on the project or ways to register your interest for any of the planting days and donate to the project. 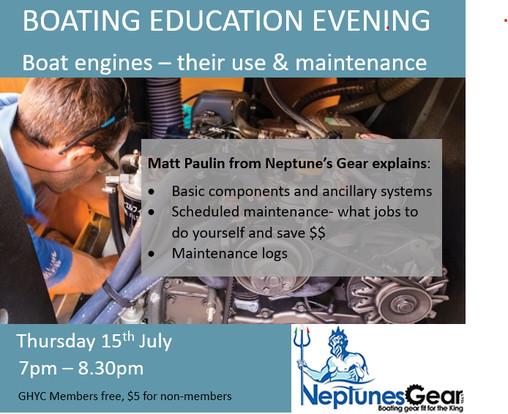 Back by popular demand, Matt Paulin from Neptune's Gear Ltd will talk about the fundamentals of engine maintenance at Gulf Harbour's third instalment of their boating education evening series on Thursday, July 15 (7pm).