The four Yachting New Zealand regional development managers take a look at what has been happening in their areas and also highlight the work Regional Sports Trusts can do to help your club.

Are you familiar with your regional sports trust?

There are 17 Regional Sports Trusts (RST) across New Zealand and their aim is to increase regional levels of physical activity and to strengthen regional sport and physical recreation infrastructures (which includes clubs).

RSTs often run training for club administrators, volunteers and coaches. They have access to funding sources and, in some cases, can provide direct funding for projects and programmes directly.

RSTs are a good link to schools as they work closely with schools in the region to promote opportunities to get involved with different sports. They can be a good way to promote what opportunities your club offers if your club is looking to grow young membership.

RSTs foster links with local business, which can help connect you to that group to build financial support or simply grow your membership in the community.

Get in contact with your local RST and ensure they know about what your club does, and how your club can benefit from the work they do. 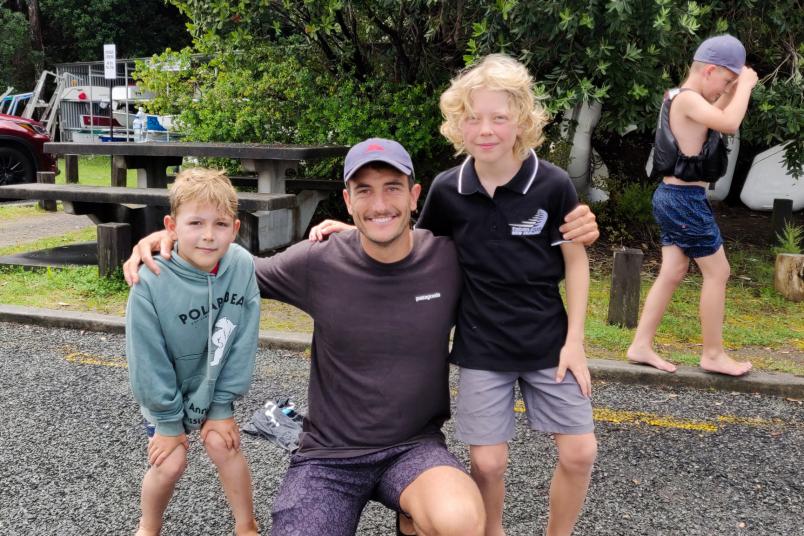 The six-time world champion, three-time Olympic medallist and two-time America's Cup winner dropped in on his local club during their two-day regatta.

The event had been postponed from mid-September in the hope Auckland sailors would be able to attend but the situation last weekend was even more restrictive with Auckland still locked down as well as half of Northland.

To make matters worse, the weather forecast wasn't that appealling but the rain held off on the Saturday and cleared on Sunday afternoon to allow for five races on day one and three on day two.

Race officer Ray Haslar moved the course further up the river to gain shelter from the winds on the first day and then held a rules briefing on the Sunday morning as they sat out the torrential rain.

A BBQ was also held on the clubhouse deck after racing on Saturday, which was a great chance for many to reconnect with old friends and a way to acknowledge the efforts of the 20 volunteers who gave up their time.

The race fleet was smaller than hoped, which prompted the club to hold an all-comers race fleet to accommodate sailors keen to race again. There were also prizes donated by Burnsco. 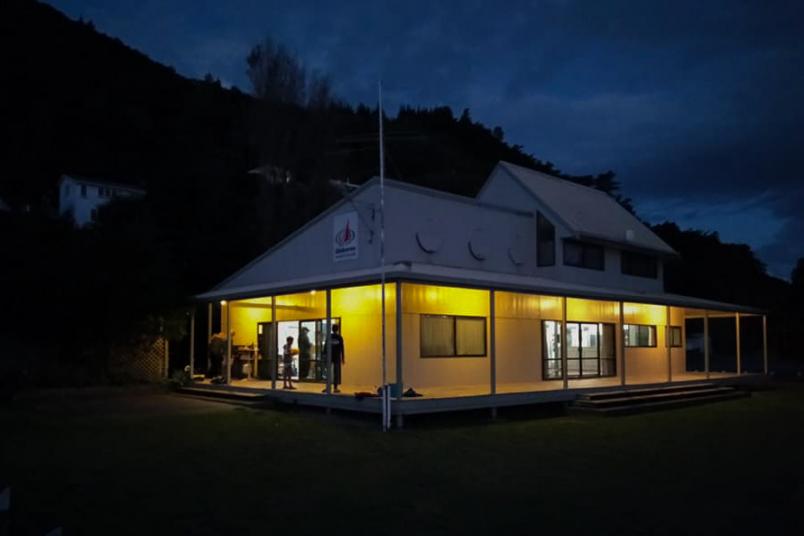 The Gisborne Yacht Club will celebrate their 75th anniversary over the weekend of March 25-26, 2022, so save the date in your calendar.

Festivities will include a get-together at the club on Friday, March 25 and a dinner the following evening and former and current members are welcome. 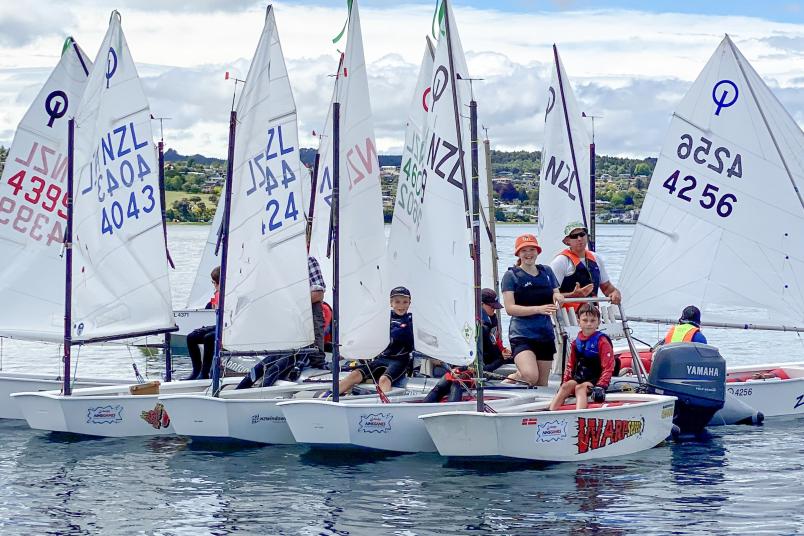 A total of 51 boats from Napier, Tauranga, New Plymouth, Wellington and Taupo took part in a sprint regatta at the Lake Taupo Yacht Club recently.

The club had been due to host the North Island Optimist Championships and Starling Traveller Series but the ongoing lockdown in the north half of the North Island meant these were cancelled and a change of plans.

It was a blow, because the regatta had previously been re-scheduled from last year when the club deferred the regatta so that the Worser Bay Boating Club could hold the Opti nationals that were cancelled during the first Covid-19 lockdown of April 2020.

It has now agreed with NZIODA that Lake Taupo will host the 2022 North Island Optimist Championships with a preliminary date of November 4-6 set and the club are also looking into incorporating the Starling Traveller Series.

Among the 51 who competed in the sprint series was a handful of green fleet sailors participating in their first regatta ever. Race management got through six races, with the last two in testing winds up 20 knots and a short chop.

There's been plenty of activity in and around the Lake Taupo Yacht Club, including renovated kitchen facilities, high demand for learn to sail courses prompting additional programmes to be run, significant growth in the green fleet and Laser fleet and a number of new boats, including a new Hartley 16, Noelex 22 and Thompson 650, in the trailer yacht fleet.

You can learn more about the Lake Taupo Yacht Club here 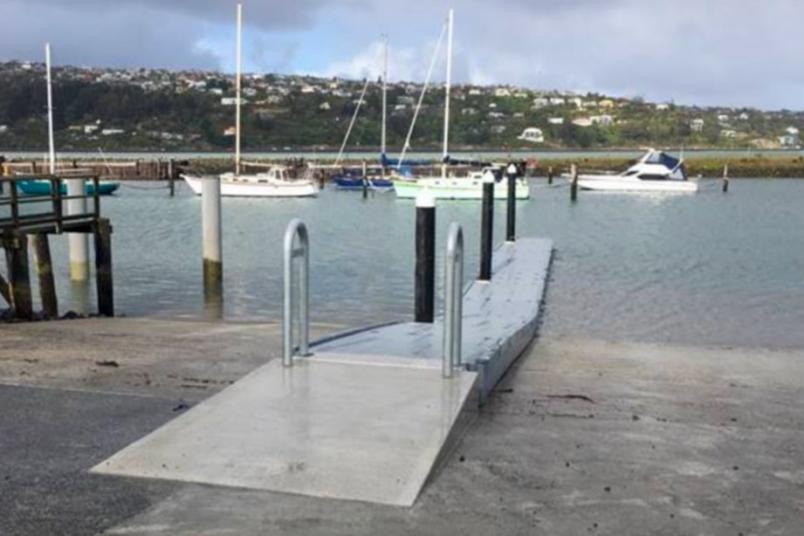 A new floating pontoon is being installed at the Vauxhall Yacht Club over the next few months at a cost of $170,000.

The northern concrete ramp at the club is in poor condition so will be replaced with the pontoon (similar to the one pictured) by the end of January 2022. The ramp closed yesterday and the area around it has been fenced off to allow construction work to begin.

Two alternative boats ramps close by can still be used for boat launching – the ramp closer to the yacht club and the ramp at the Andersons Bay Sea Scout boat shed. 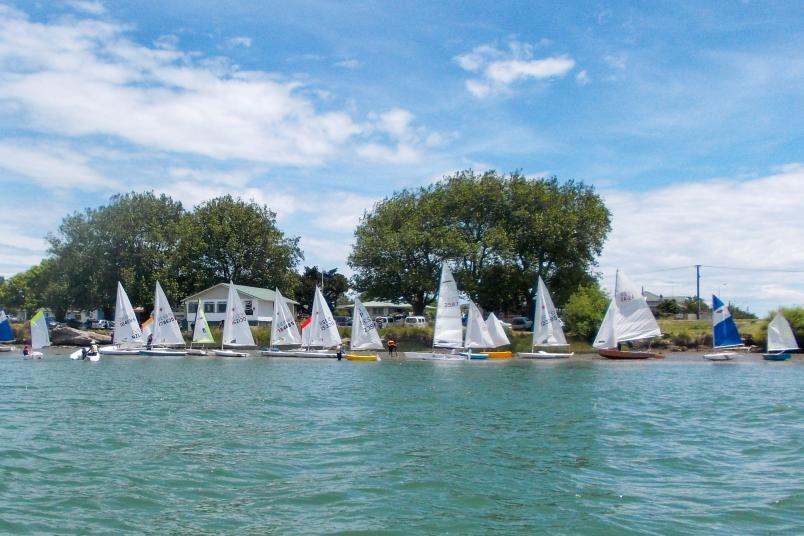 The Wairoa Yacht Club are still planning to go ahead with this weekend's River Regatta but will make a final call on Thursday night based on the Covid-19 situation and weather forecast.

The number of participants is expected to be small enough to comply with Covid restrictions and the club will follow Yachting New Zealand Alert Level 2 advice.

This is always a fun regatta with great racing just out in front of the club and camping available as well. 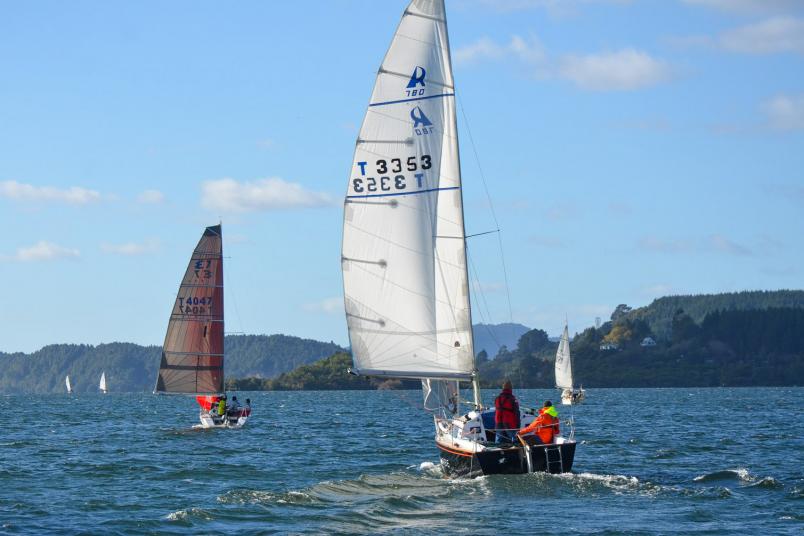 The Bay of Plenty Trailer Yacht Squadron are also pressing ahead with plans to hold Saturday's Allan Civil Rotoiti Classic, albeit on a smaller scale.

The event is open to five divisions (A division to E division) and features races from 17 miles (one lap of Lake Rotoiti) to 50 miles (three laps).

Organisers will still run a breakfast and BBQ on the Saturday and breakfast Sunday if required but will no longer he holding the Friday at the Clubhouse Pot Luck on November 19. 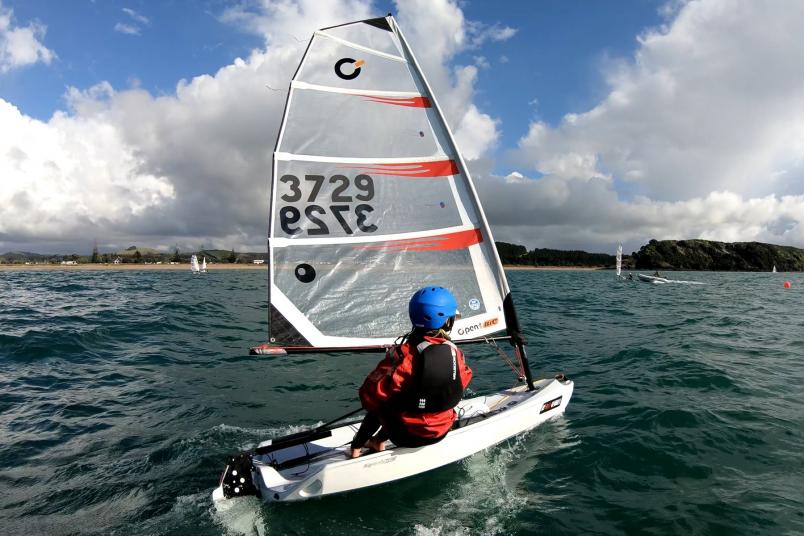 It's expected Doubtless Bay will be awash with colour this weekend for the Far North Championships being hosted by the Taipa Sailing Club.

The two-day event is open to all centreboard classes as well as windfoilers and Waszps. A minimum of four boats makes a fleet, otherwise entries will compete in the open division.

Registration opens at 9am on Saturday morning and camping is available at the club with the use of club facilities (kitchen, showers etc). A BBQ will also be held after racing on Saturday.

Please email taipasailingclub@gmail.com for any enquiries. 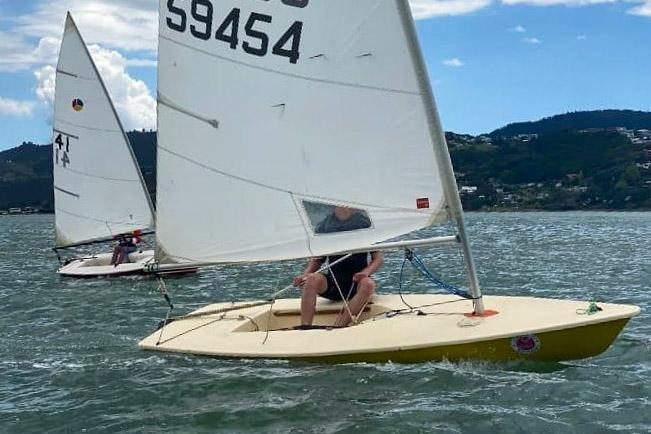 Teenaged sailors at the Mercury Bay Boating Club kicked off their 2021/22 season with a Sunday adventure sail on the coastal waters of Te Whitianga a Kupe.

The club's Fusions, Microns and Lasers were joined by family-owned Starlings and Spectra for a blast around Mercury Bay, from Taputapuatea Spit towards the wreck of the Buffalo, then out to Davis Point.

Many thanks to volunteers who skippered the three patrol boats on the water as well as to the parents who helped haul, launch, retrieve and eventually feed the hungry sailors.