The four Yachting New Zealand regional development managers take a look at what has been happening in their areas and also remind you of how important it is to recognise the work done by those behind the scenes.

Have you ever wondered why is it that some classes prosper at your club and some don’t?

Generally it's because of one person in the fleet who is the go-to person. They're friendly and extremely helpful, whether it's giving advice or helping with the purchase or sale of a boat.

Unfortunately, they are sometimes undervalued by clubs.

We see these people as we go around the clubs and they really do make a massive difference. It usually brings about increased numbers or development of sailors and clubs can only benefit from that.

Don't forget to say 'thanks' or recognise their efforts in some other way. 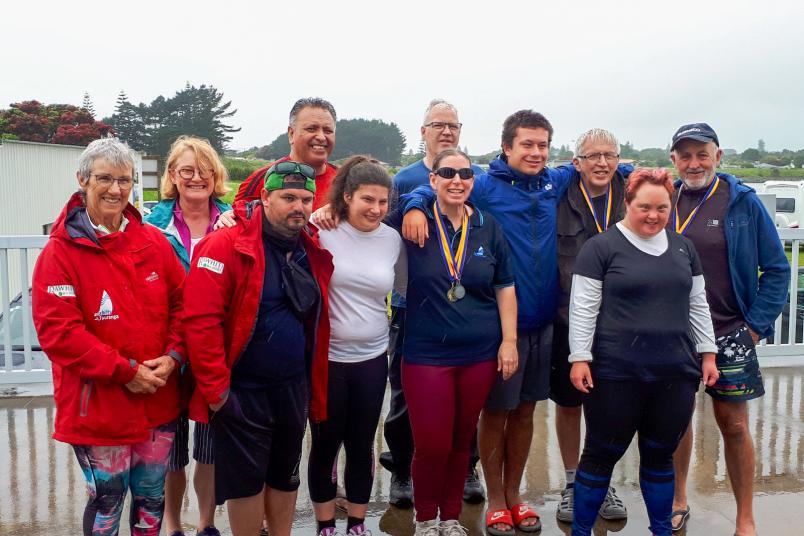 The Sailability community caught up at the Hansa 303 Class North Island Championships at the Waitara Boating Club last weekend.

While Saturday was a glamour day with a nice northerly breeze, Sunday was not so good with heavy rain and little wind causing the cancellation of racing.

There's already plenty of racing on the calendar for next year so contact your local Sailability class to find out how to become involved. 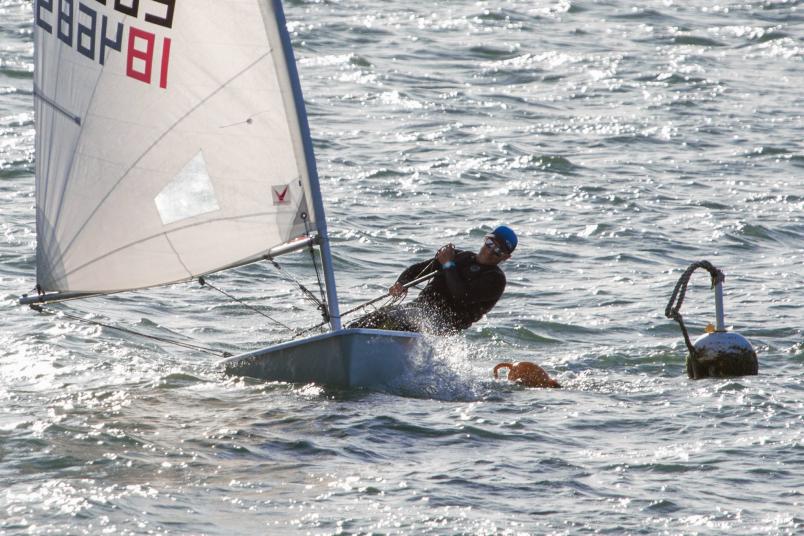 The Nelson Yacht Club are looking to build on the growing success of their annual Whakatu Regatta in mid-January by hosting various South Island championships at the same time.

So far the Europe, RS Feva and 29er 2022 South Island championships have been slated for this event on January 15-16, which is open to all centreboard sailors.

Other classes are encouraged to contact the club if they are also interested in hosting their events, including national championships, as part of the Whakatu Regatta.

Plenty of families traditionally visit Nelson in the middle of January and the region enjoys some fantastic sea breezes at that time of year in Tasman Bay.

The club plan to run casual short-course racing on the evening of January 14 in the leadup to the weekend's event.

You can find out more information about the Whakatu Regatta here and can contact the Nelson Yacht Club on manager@nelsonyachtclub.org.nz. 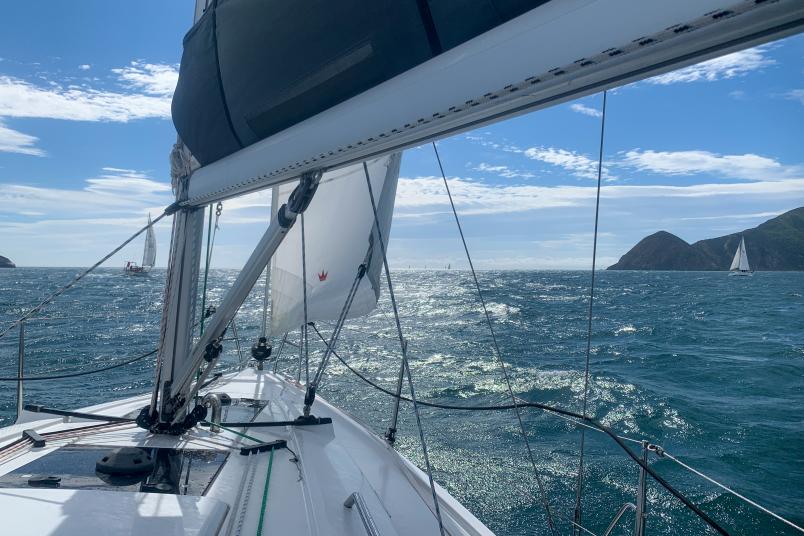 The Mana Island race record was smashed recently when Satellite Spy took advantage of near-perfect conditions to slash their previous record by more than 58 minutes.

The crew on Satellite Spy took 5 hours and 7 minutes to complete the course from Queen Charlotte Sound, around Mana Island and back to Tory Channel, breaking the record they set in 2015. The record on handicap, however, remained in tact, set by Spirit WInd in 2009.

Satellite Spy also took the honours on handicap, finishing ahead of Flying Fox and High Voltage, who had made the trip up from Christchurch to compete.

The next race in the Versatile Offshore Series is Sentinel Rock on January 22, which is considered by many to be the classic offshore race in the series. A significant prize purse will be on offer to reflect the significance of the race. 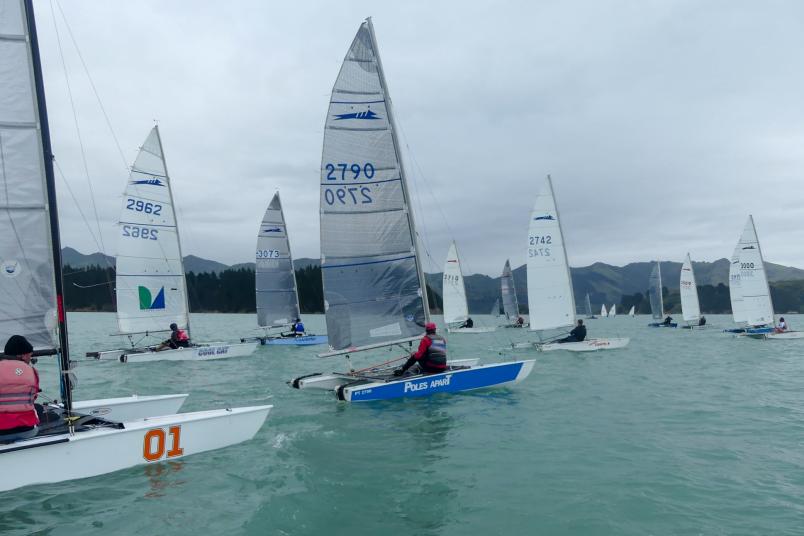 About 50 sailors in Optimists to Paper Tigers competed at the Luneys Development CBYC Championship Weekend at Charteris Bay recently.

While the weather was not the 'traditional' Canterbury summer conditions, with a predominant south-westerly, the Charteris Bay Yacht Club hospitality made up for the cool and grey conditions.

The Finn sailors, in particular, revelled in the conditions which produced some really tight racing.

A memorial was also held for former commodore and club patron Ken Nesbit who passed away. 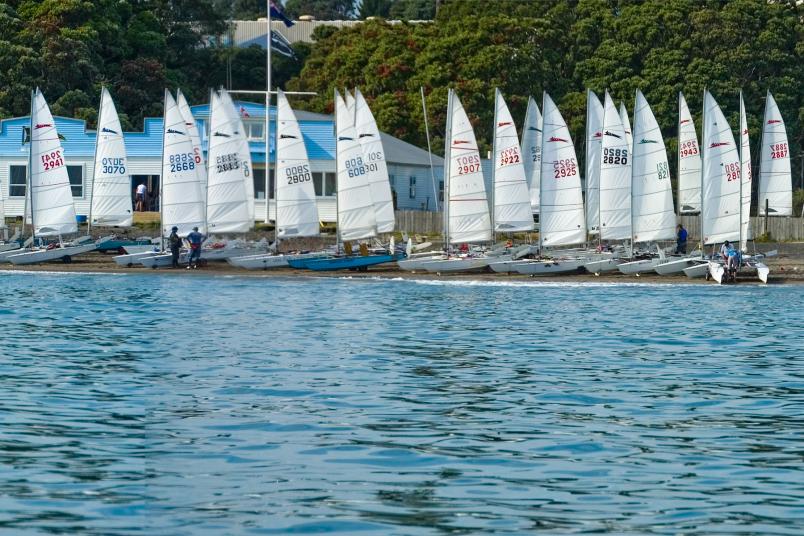 The 2022 Paper Tiger national championships will be held at the New Plymouth Yacht Club on January 3-7 and entries have already topped 50, setting the stage for an exciting regatta.

The fleet will be hoping for better weather in New Plymouth than the last one there a few years ago when the regatta was interrupted by a storm with huge tides and sea surges.

The local fleet has had great numbers turn out this season, with up to 16 boats in club racing. Local sailor Neil Hodges has also provided assistance to some of the bigger Starling sailors to try the Paper Tiger and his efforts are certainly paying off. 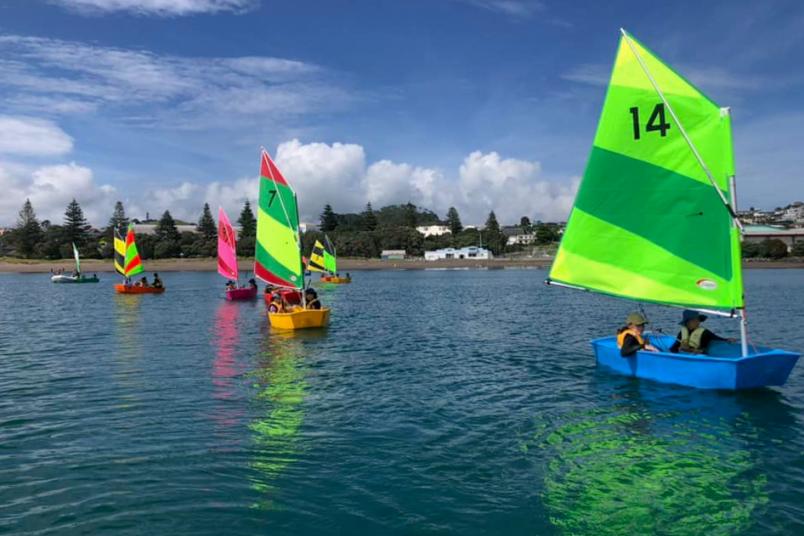 The Kōkōkaha schools programme is back in full swing and the St Joseph School had a great couple of days during their sailing experience at the New Plymouth Yacht Club recently.

Up to 20 new sailors enjoyed warm weather and a nice breeze on each of the two days, which was a great introduction to sailing for the school which is less than 500m from the yacht club.

A very curious seal added to the fun, following the kids, around some were convinced it was trying to board their boat.