The four Yachting New Zealand regional development managers take a look at what has been happening in their areas and also remind you about the Embark online learning programme.

A judging and an umpiring module should be available soon.

With Embark, you can learn at a time and place that suits you and at a pace that meets your increasingly busy life. Alternatively, use this as a social event for the club by running a module as a group session at the club.

Anyone can use Embark and most modules are free to club members. Follow the link here to register with Yachting New Zealand to receive a username and password to access Embark. 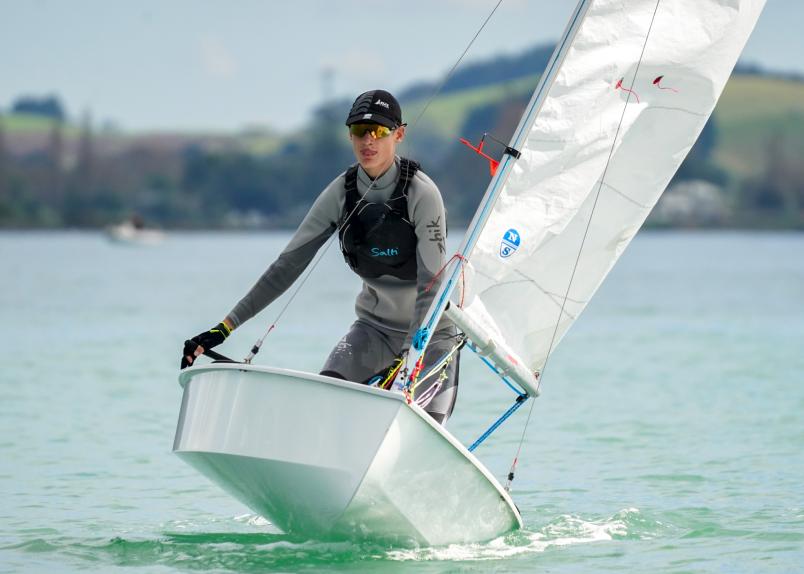 The homeschool contingent took out the annual Burnsco Interschool Regatta hosted by the Bay of Islands Yacht Club recently, meaning trophy will be travelling the width and breadth of Northland and Auckland as it takes turns on various sailors' mantle pieces.

The regatta, which is run with the added twist of sailors competing for points for their schools, has become a firm favourite at the club and is into its seventh year.

Club captain Chris Fewtrell says it's a key regatta on their calendar where, as well as the schools focus, there is an emphasis on scaffolding younger and less experienced sailors into the world of regattas.

"Our green fleet course and organisation is designed to foster a learning environment for sailors giving their first regatta a go," he said. "We have a coach supporting the green fleet who gives a really detailed briefing before the racing and multiple support boats with learn to sail coaches providing help and encouragement on the course as the sailors compete."

A variety of fleets competed out further in the Bay, from Splash and WASZP to O'Pen Skiff and Starling. This year's regatta had 60 competitors from mostly Northland and Auckland, with a few coming as far as the Waikato and Bay of Plenty.

The weekend turned on plenty of sunshine and a decent breeze on Saturday, with five races possible on both courses, but no racing was possible on the second day due to light winds. 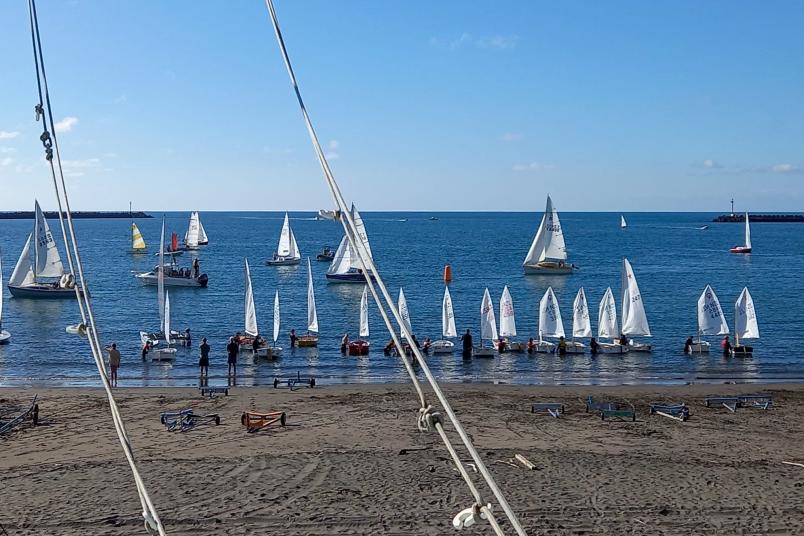 The New Plymouth Yacht Club had a very different closing day and prizegiving recently, combining the two with a club mass start, a beach start for the dinghies and a very close-to-the-beach start or the trailer yachts.

As many as 50 boats turned out in summery conditions for the 90-minute race, which took place all on the same short course. One rule change was that all Optimist sailors had right of way on the seniors at all marks, which worked well.

The prizegiving followed that evening with a great turnout of sailors, parents, supporters and sponsors.

Catch all the action in this video made by Bryan Vickery. 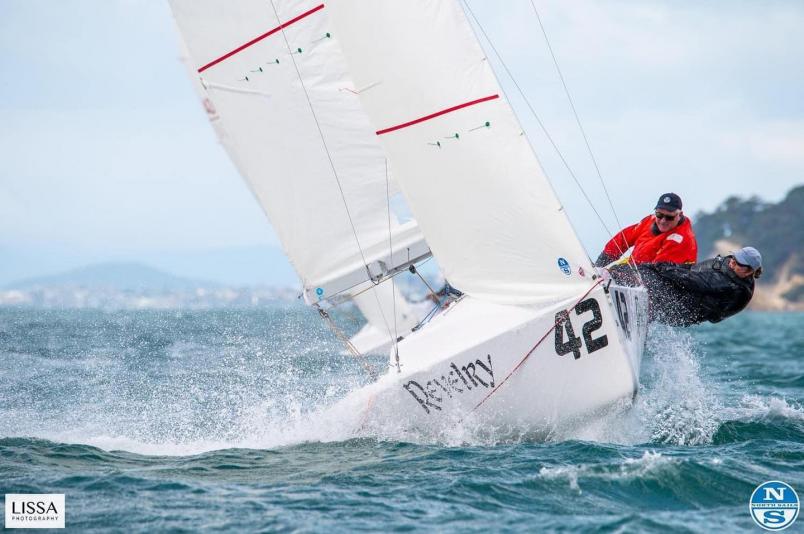 One of the largest Elliott 5.9 fleets in recent memory will assemble at the Russell Boating Club for this weekend's Elliott 5.9 national championships and it's expected it will result in some fierce competition.

The one-design Elliott 5.9 provides close, competitive racing and the ability to trailer the boats ensures the fleet is drawn from right across the country.

There are at least four past and repeat class champions in the fleet this weekend and a number of other boats have national championship pedigree on board from other classes. This was highlighted at the recent Rotoiti Traveller Series regatta, when a number of boats challenged at the front of the fleet.

There are also two crews returning to the fleet after a period of time away. Shapeshifter and Nevis are both making long-awaited returns and they will provide a somewhat unknown element to the competition within the fleet.

While the championship trophy is the ultimate goal, there will also be a number of other trophies including the ranking, 40 stone and women’s trophies to add to the other prizes up for grabs made possible by race days sponsors North Sails, Mount Gay Rum and Harken.

The class will be also be holding their AGM during the nationals and, with a proposed Southern Circuit likely to be confirmed and a national championships that is likely to see the coming together of the North and South Island fleets, new fleet records are expected to be set again. 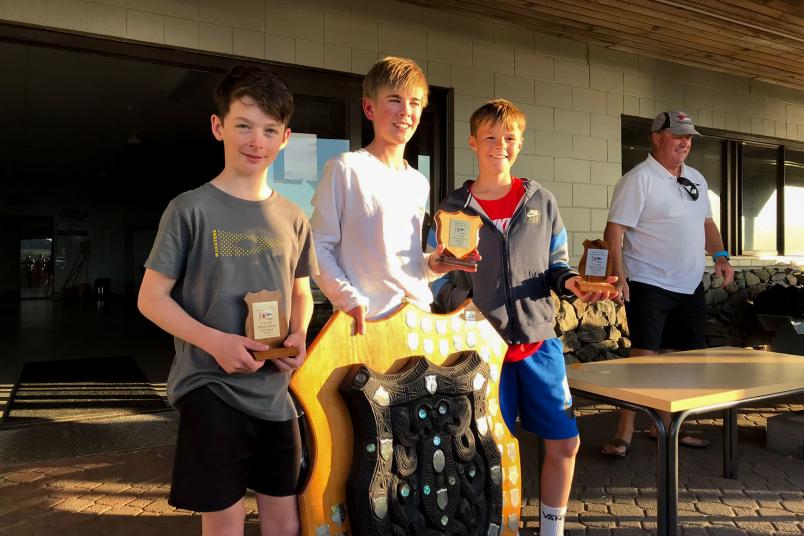 Kohimarama Yacht Club sailors got their hands on both the Wihau Shield and Secretaries Cup recently after a couple of stunning days at the Tauranga Yacht & Power Boat Club.

Oli Stone prevailed in the Wihau Shield, with Bella Jenkins finishing on top in the Secretaries Cup.

The P Class event has a strong history, with the shield first being presented in 1942 at the Rotorua Yacht Club. The format sees a ‘change boat’ series, with the five qualifiers in the Wihau Shield swapping boats over the five races so everyone uses a boat once.

This year, after a day of light-air racing on the Saturday, sailors gathered at the club for burgers and a chance to socialise with their fellow competitors. Sunday saw the sailors split into the Wihau and Secretaries fleets based on the results of the Saturday racing. 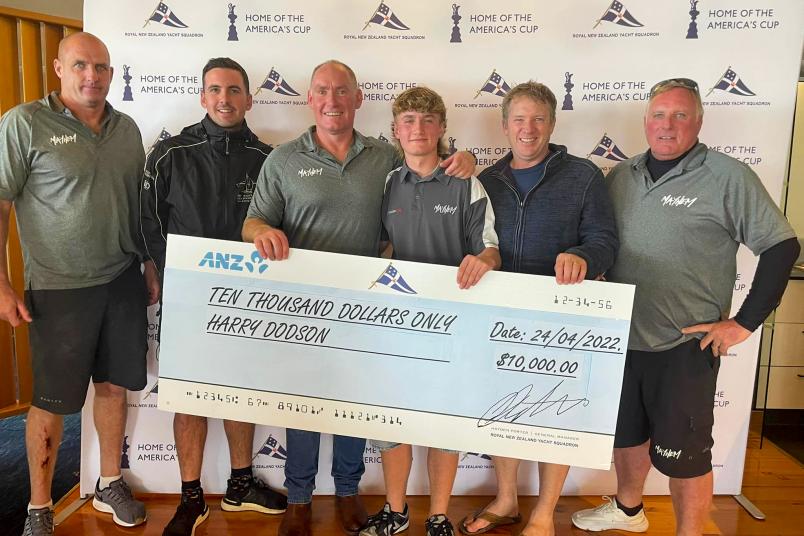 Harry Dodson and his team convincingly won the CBRE Club Championships and will represent the Royal New Zealand Yacht Squadron at the Seawanhaka Invitational Challenge Cup in the United States later this month.

The Seawanhaka Cup is considered to be the oldest yachting trophy that originated in the US and is still actively competed for. The first challenge was sailed in Oyster Bay, New York, in 1895.

This year's event will be held at the Long Beach Yacht Club and is a match racing event.

Dodson won four of the seven races to finish five points ahead of Guy Pilkington. 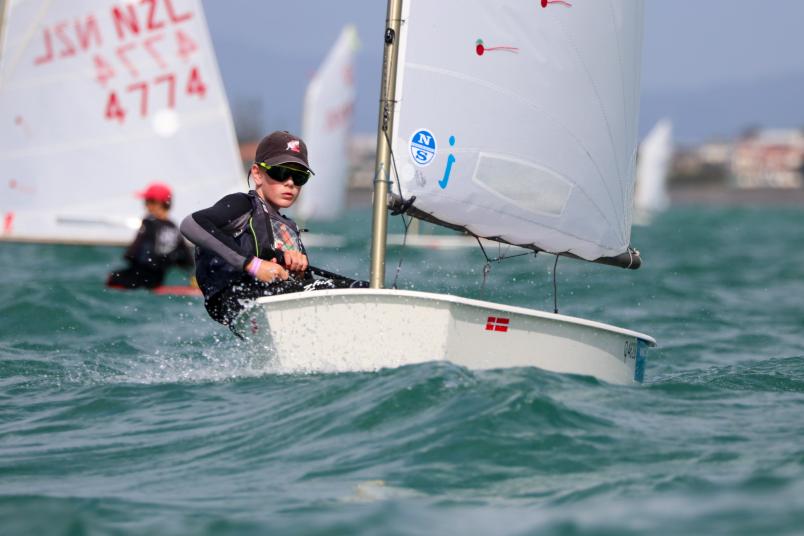 The Point Chevalier Sailing Club will host the first round in this year's Auckland Junior Winter Sprint Series next month.

The series is run over six events hosted by different Auckland sailing clubs over the winter months and is open to all Optimist, Starling, P Class, RS Feva and O'Pen Skiff sailors.

The last event in the series will be incorporated into the Murrays Bay Sailing Club's Icebreaker on September 17.

Find the notice of race here. 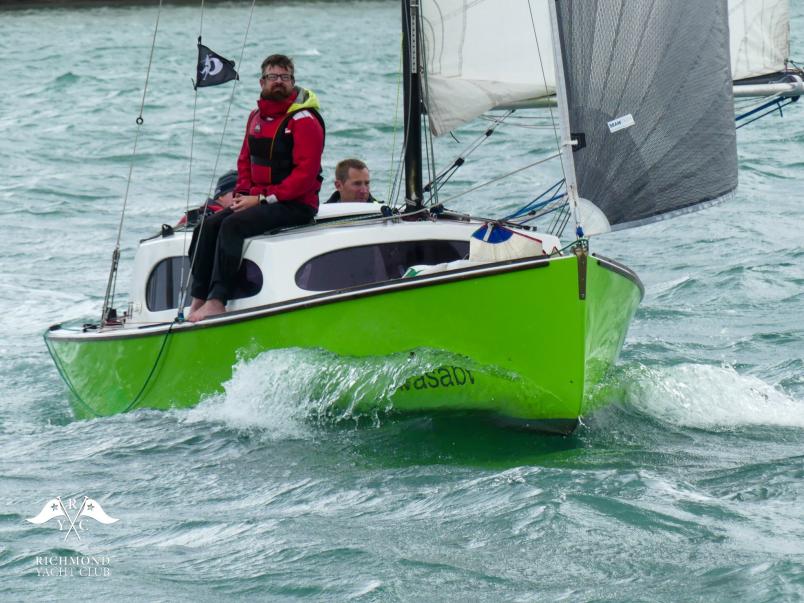 The Richmond Yacht Club’s Winter Series started this month, with an impressive 37 boats turning out for race two of the series last Sunday under grey skies and squally south-westerly wind.

The overall series consists of nine races over five divisions and sees more than $10,000 in prizes up for grabs, including the popular Dewalt prize pack.

The series is free for Sailpass holders, $110 for RYC members and $195 for non-members. The clubhouse is open after racing.

Click here to enter and here for pictures from the most recent racing. 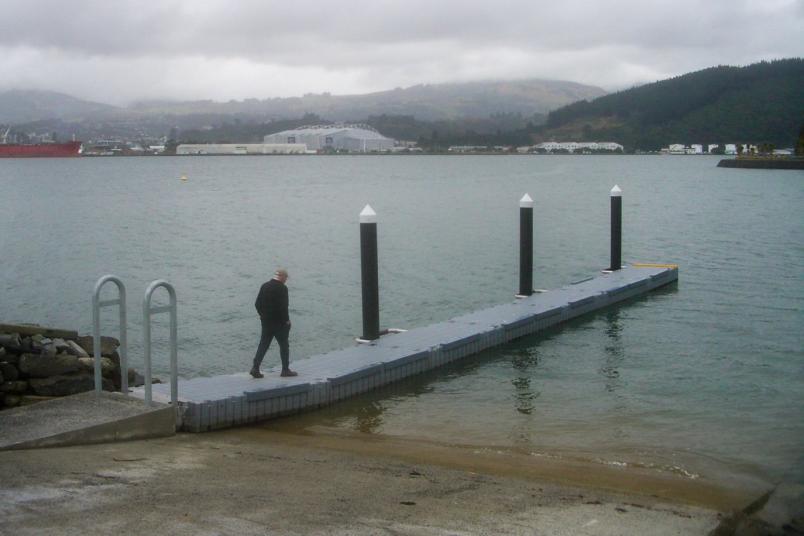 Many of the clubs in the South Island are going into hibernation mode with winter knocking on the door.

The Bluff Yacht Club will once again hold their eSailing series next month, which proved extremely popular with members last year and doesn't require any previous experience.

The long-awaited floating jetty pictured above has been installed at the Vauxhall Yacht Club, which will be a significant asset to the club ahead of their winter series.