The Yachting New Zealand regional development managers take a look at what has been happening in their areas and also encourage clubs to round up some younger sailors to complete their coaching qualifications.

Winter is a good time to get some of your club's younger sailors to complete a Yachting New Zealand learn to sail coach course.

These courses will be running in many main centres over the next few months, and include ones at Naval Point Club Lyttelton, Kohimarama Yacht Club, Evans Bay Yacht & Motor Boat Club, Tauranga Yacht & Power Boat Club and Murrays Bay Sailing Club. See here for a rundown on when courses are being held.

There is also an online course option for sailors in the regions where it would be difficult to drum up enough numbers to run a course. Please contact your regional development manager for more information about this option.

The online course is not normally available to people in places where a face-to-face course is being run.

Once the course is completed, it’s a great way to keep young sailors involved and is also a good way for them to earn a bit of extra cash.

If you have sailors who are heading off to university and who have completed the course, please let the regional development manager in that area know as we always have clubs looking for coaches. 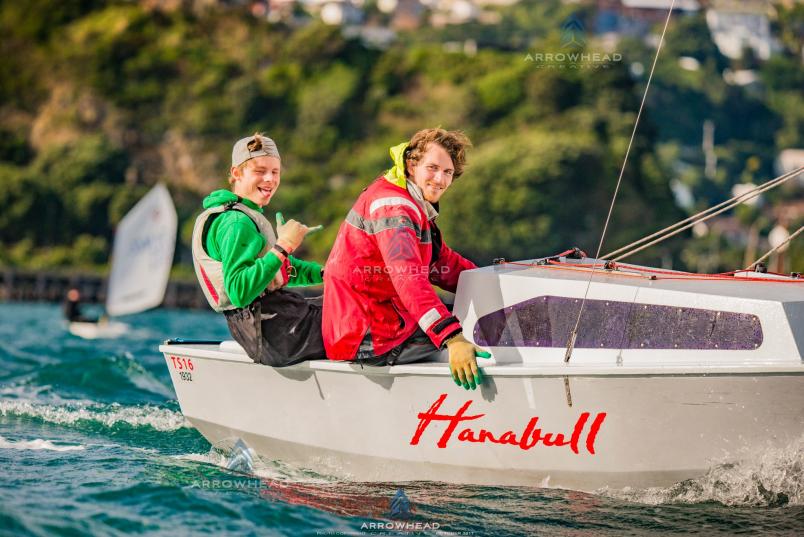 With the Hartley 16 Class building in Wellington, it made sense to utilise the inaugural Te Ākautangi Matariki Water Sports Festival being held at the Evans Bay Yacht & Motor Boat Club the first leg of the upcoming season's traveller series.

A good number of boats attended, even with a couple of late scratchings due to Covid.

It was a great regatta, with a huge wind range of 5-25 knots over the three-day event.

Well done to current national champions Jason Holdt and Todd Birrell for coming out on top and thanks to Fyfe Sails for putting up a jib as a spot prize for the regatta and Paul Davies for throwing in a number of spot prizes as well.

The class will now hibernate until the North Island champs at Lake Ngaroto in late October and will also have a first outing to Waiuku at the end of November.

This will be followed by the national championships in Napier in mid-February and then the last of the traveller series regattas in New Plymouth in early April. 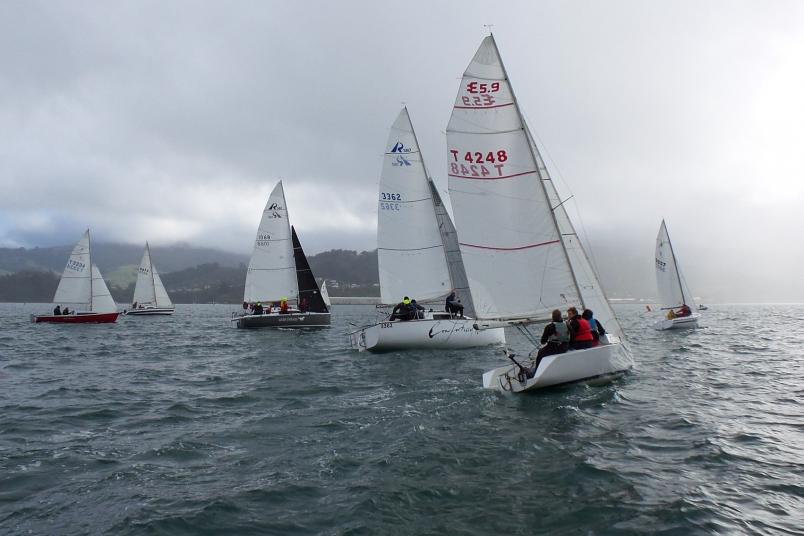 While it might be winter, and the weather cooler, there can be some great days sailing.

Some southern mist and cool winds do not stop sailors at Port Chalmers Yacht Club from enjoying racing every second Sunday in the Careys Bay Winter Series.

With fleets of Noelex 22s, Ross 780s and various other keelboats, as well as the odd dinghy, it makes for some enjoyable racing followed by a trip to the Careys Bay Historical Hotel for some hot tucker and a cold beer or two. 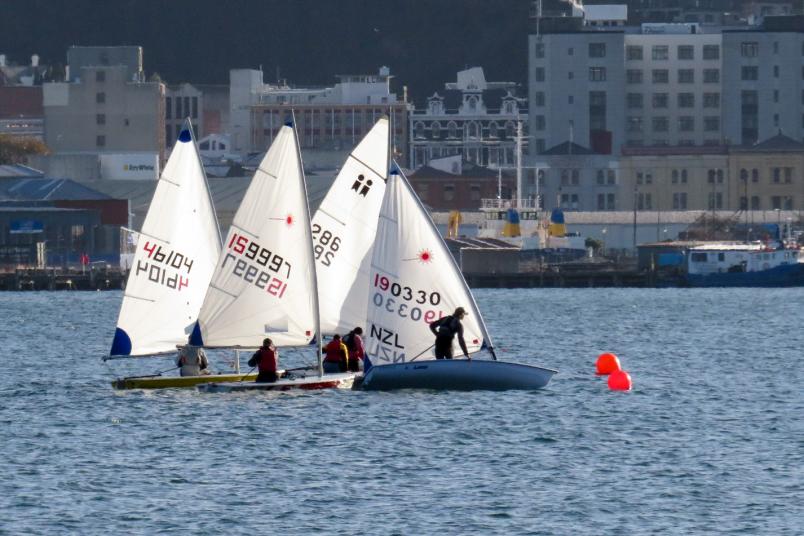 Further up Otago Harbour at the Vauxhall Yacht Club, hardy southerners compete in the Sub Zero Sailing when the weather is suitable.

The fleet is made up mostly of ILCA class sailors who compete in some short races off the club. 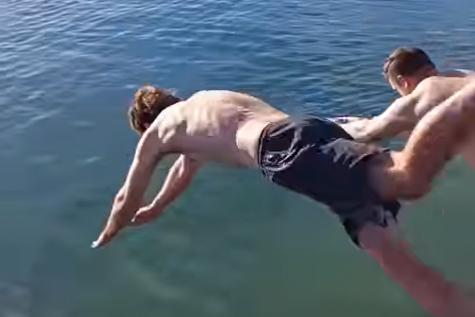 When the eSailing series starts at the Bluff Yacht Club, you know winter has arrived.

The first racing was held on June 15 and the club stage weekly events during the winter months, building on their popular series of 2021.

The pair took a dip in beautiful conditions - nine-degree air temperature and a tropical 12 degrees in the water. You can see a video of their dip here. 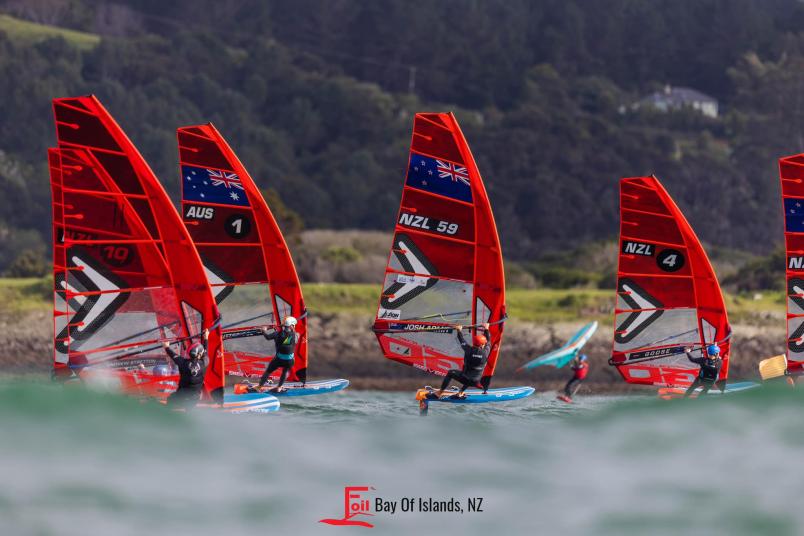 The lineup included multiple Olympic champions, current campaigners and world beaters of tomorrow but, for most, it was a chance to get some fun yet competitive racing.

The fourth annual Foil Bay of Islands attracted good fleets across the four classes, highlighted by 37 windfoilers. Among them were this country's top exponents, who are all campaigning for the 2024 Paris Olympics, as well as the likes of Nathan Outteridge and Ian Young, who played a leading hand in getting windfoiling off the ground in this country.

Josh Armit took out the gold fleet, finishing ahead of Patrick Haybittle and Thomas Crook, with Outteridge not far behind in fourth.

There were eight entries in the wingfoiling, which is growing in popularity both here and worldwide. Travis Gillbanks finished ahead of Shayne Bright, who formerly competed on the world windsurfing circuit, and three-time Olympic medallist Barbara Kendall picked up a race win.

Light winds meant only six races were possible when up to 15 had been scheduled across the three days. But, as foilers tend to do, they found other ways to amuse themselves. 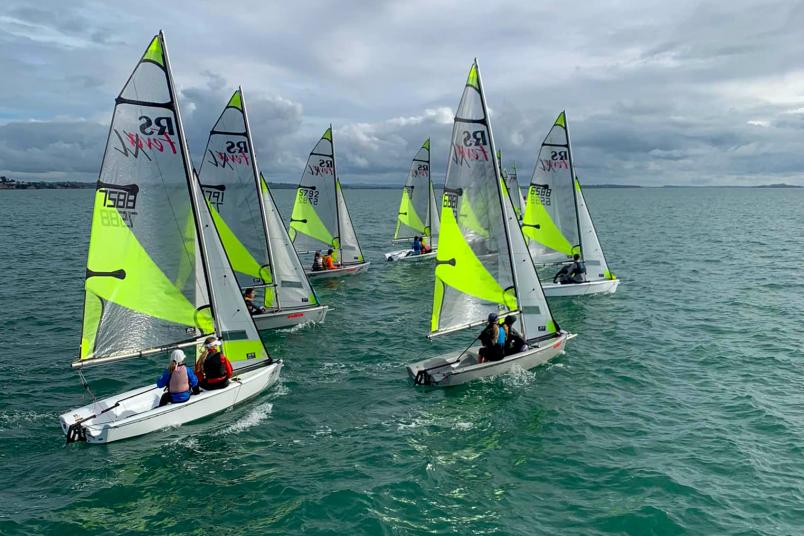 Locals Kate Rasmussen and Madi Russell took out the RS Feva class, which was a good reward for the time they've spent in the boat lately as they build up to the world championships in Weymouth in a few weeks.

The pair finished ahead of Wakatere's Tessa Clinton and Nicholas Wong, with Tim McCulloch and Lauchy Wills from Howick third.

The regatta was the first one to Include the RS Quest, which Northcote sailors Andrew Goldfinch and Merv Hunter won. They finished ahead of a local team made up of Carter Robson, Jono Lowe and Luke Ropers.

In the Aero class, Marco Canegallo proved his experience, finishing ahead of Yachting New Zealand regional development manager Hayden Whitburn and Dave West, who can often be found at regattas in a race officials capacity.

Commodore Geoff Rassmussen and his team did a fantastic job organising the event, which included sponsorship from Burnsco and NZ Sailcraft.

The conditions played ball, with eight races over two days in mainly light to moderate conditions, and it's expected fleet sizes will increase next year as word spreads. 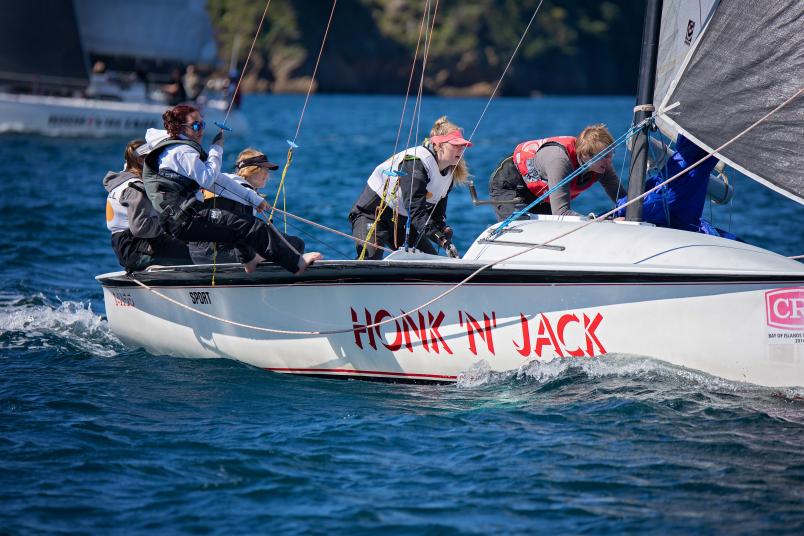 This year's Evolution Sails Women's Regatta is shaping up ­­­­­­­to be another fantastic event, with a good number of entries already received, and the Waikawa Boating Club are now looking for more boat owners willing to make their yachts available for the weekend.

To date, 52 crew and 17 yachts have indicated their intention to compete and the club are looking for members willing to make their yachts available to ensure the success of the event.

Skippers / owners can choose to be onboard during practicing and racing, which might be a requirement of your insurance.

Please contact Julia on events@waikawaboatingclub.co.nz if you're willing to help out or have any questions. 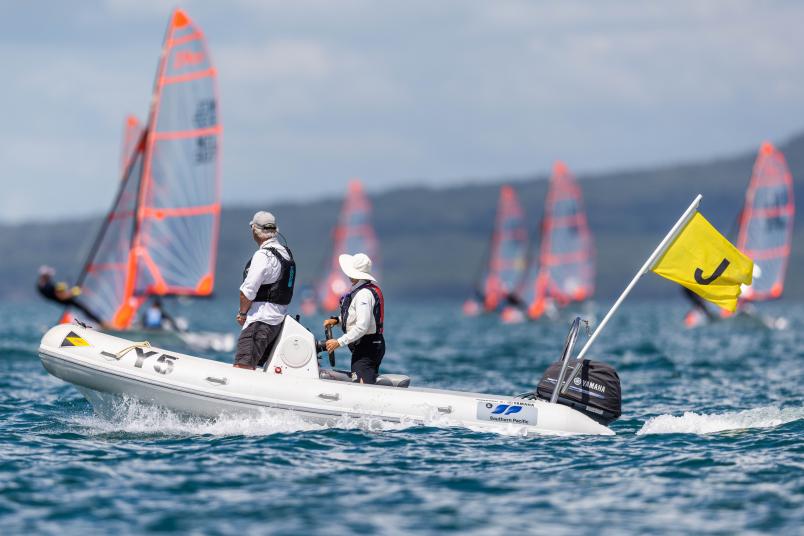 Understanding your rights on the race course is half the battle so members of all northern clubs are invited to a free rules session at the Kerikeri Cruising Club on July 1 (5.30pm).

Please indicate your intention to attend by emailing hayden@yachtingnz.org.nz 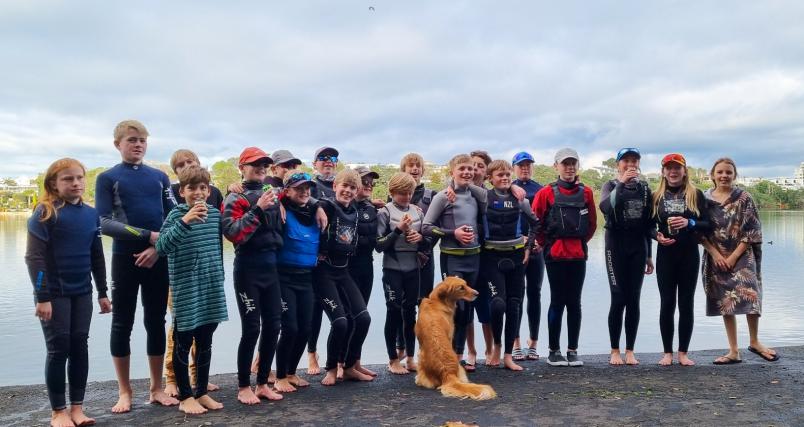 The resurgence of the P-Class is continuing, with as many as 26 boats lining up for the recent Freshwater Intergalactics at Lake Pupuke.

For some, it was their first time competing in a P-Class, and Lake Pupuke dished up some typically shifty conditions.

Thanks to the teams at Lake Pupuke Boating Club, Wakatere Boating club, and Kohimarama Yacht club for organising.