The four Yachting New Zealand regional development managers take a look at what has been happening in their areas and also highlight the value of clubs working together. 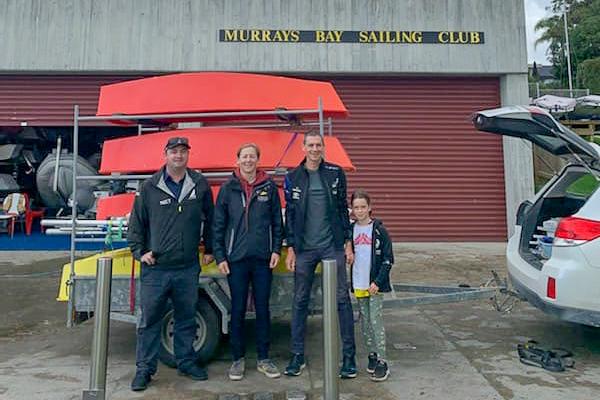 One of the best things about being a regional development manager is seeing yacht clubs working together, whether it's helping at regattas or donating equipment.

At the 2019 Hyundai 49er, 49erFX and Nacra 17 World Championships we saw over 10 clubs from around New Zealand stepping in to help with the event from the loaning of support boats to volunteers. The regatta was a huge success and that was in no small part to the widespread support from various clubs.

Last year the Ponsonby Cruising Club received a funding grant for a fleet of new Optimists so donated their old boats to clubs in Russell and Tutukaka. These clubs had been looking for boats for some time, so it was rewarding to deliver them to the clubs and see the smiles on the kids' faces.

This year the Murrays Bay Sailing Club, Bucklands Beach Yacht Club and Wakatere Boating Club have all donated Optimists to smaller clubs, along with lifejackets and other sailing equipment.

We encourage the recycling of boats, equipment and clothing as part of Yachting New Zealand's environmental sustainability strategy and clubs can utilise the Grassroots Sailing NZ Facebook page to help let other clubs know what is available. Alternatively, let your regional development manager know and we can help distribute any equipment on to a worthy club. 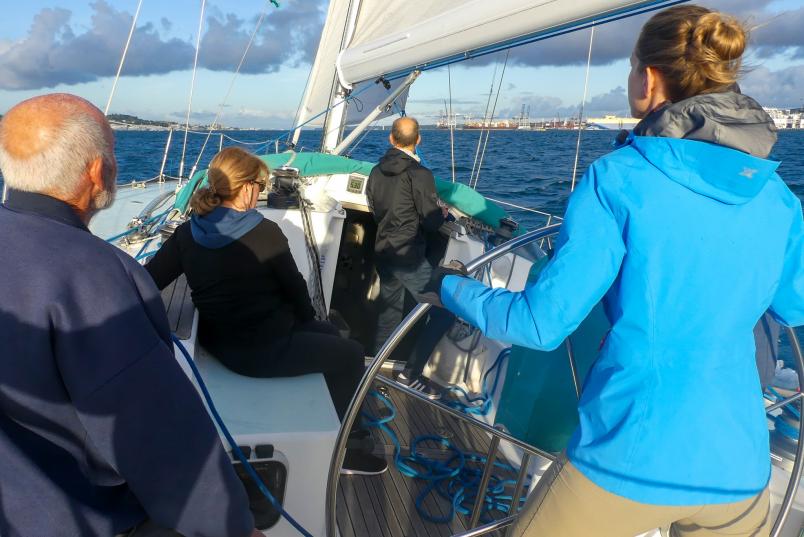 The Richmond Yacht Club are preparing for their 23rd season of their Friday Night Special series, which is a great chance for inexperienced adults to enjoy a series of eight social races on eight different yachts throughout the summer.

The Victoria Friday Night Special is a unique and popular series aimed at getting newcomers on boats and experiencing sailing in a sociable and relaxed environment.

The series includes an introduction session and eight fun Friday night races over the summer months that’ll give you time and training on the water.

You’ll learn by doing. Each race you’ll be allocated to crew on a different yacht ranging from 26-44 feet followed by a short skills seminar over a beer back at the clubhouse located at Westhaven Marina by the Auckland Harbour Bridge.

With its non-extras format, this is also a great opportunity for novice skippers to sail among other boats in a friendly competition. Please note, the clubhouse will not open until Auckland goes to Alert Level 1, so introductory sessions and prizegivings will be done online.

Full details can be found here and here is a link to a FAQ video the club produced last year. 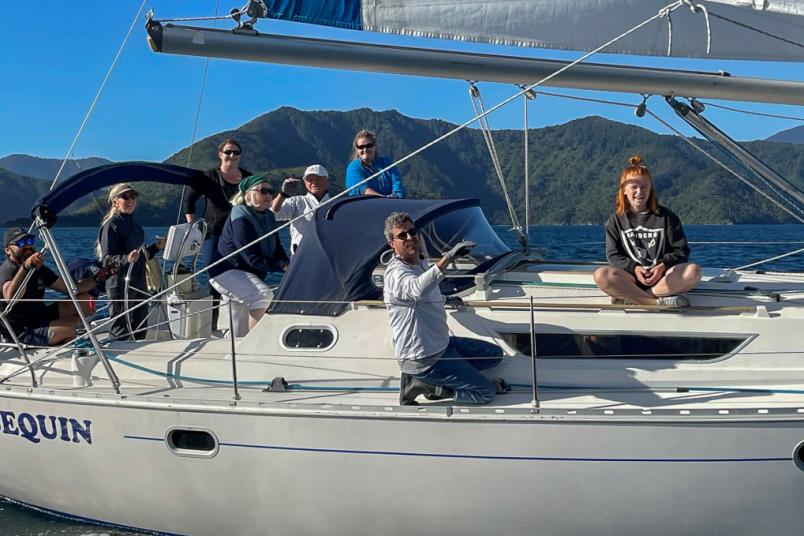 Interest in sailing has seen both an upsurge in learn to sail enquiries and record numbers for regattas at the Waikawa Boating Club.

Sailing on our TV screens, through the likes of the America's Cup, SailGP and Olympics, is part of the reason and the club are determined to make the most of this interest for the region, club and sport.

The club’s rear commodore of sailing, David Grigg, is quick to point out the learn to sail programme is there for all types of sailing.

“There are more types of sailing than just racing”, he said. “While we have a very strong racing club, many of the hundreds of yachts in Waikawa are just out there to enjoy the sounds. Some are day sailors, while others will go overnight or out for days at a time.”

The seven-week programme starts on February 3, 2022, and runs every Thursday until March 17. Participants get assigned to a boat with an experienced skipper and, over the weeks, they become familiar with many aspects of sailing from safety to sails and navigation to knots.

Anyone interested in learning to sail at the club can find more information here or by calling 03 573 6798.

Interest has also been high in racing and it saw record numbers for recent regattas.

This flowed on to the recent Versatile - The Brothers race and even saw one entrant come across from Wellington and the crew flown in the night before the race.

Unfortunately strong winds of up to 50 knots forced the Versatile - The Brothers to be abandoned but race management came up with Plan C, a fun race from Waikawa to Punga Cove via a lap of Pickersgill Island.

The next offshore race will be the Versatile - Mana on November 21, which takes the fleet from Queen Charlotte Sound across Cook Strait, around Mana Island and back.

Club racing started on October 5 with the Marlborough Marinas Spring Twilight Series. Anyone interested in racing or learning to sail can contact the Waikawa Boating Club. 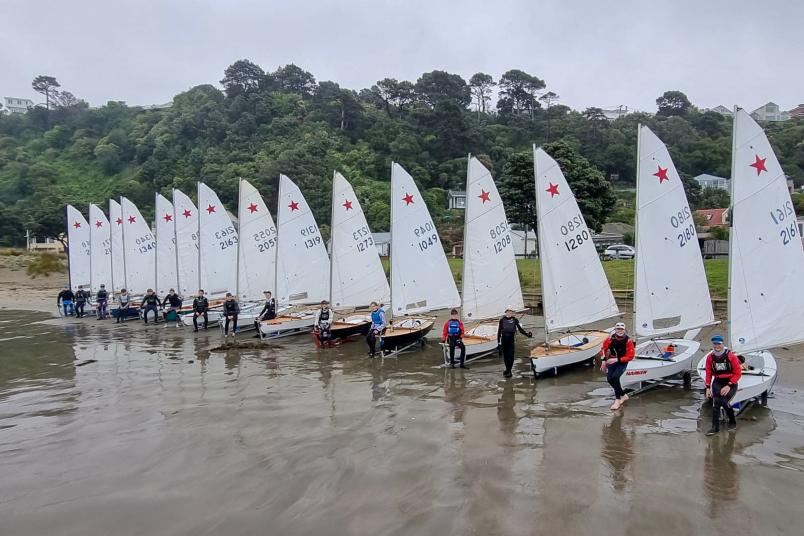 As many as 15 Starlings from Wellington have been attending this week a three-day coaching clinic at the Worser Bay Boating Club with coach Gareth Moore.

It’s great to see the Starling class numbers building in Wellington again with some keen sailors and parents. 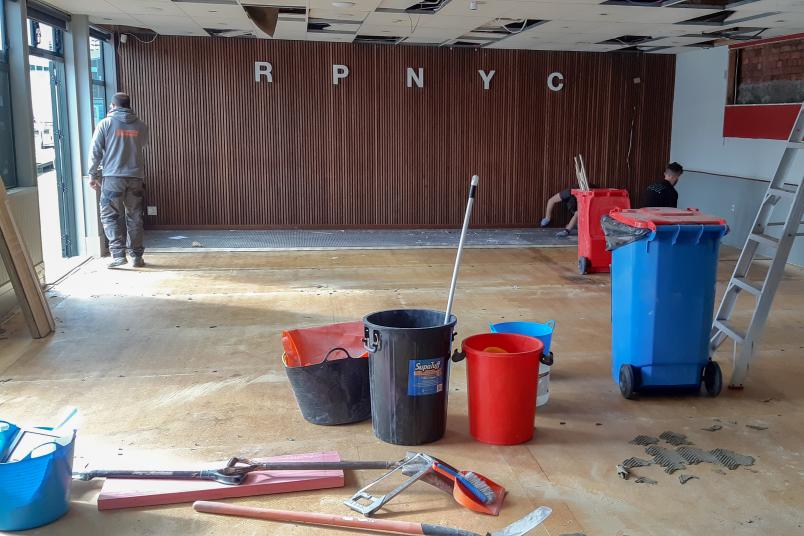 Carpet goes down in the wardroom.

The earthquake strengthening project at the Royal Port Nicholson Yacht Club is in its final few days, but it has not been without its challenges.

The project has been years in the pipeline to strengthen the building and refurbish the toilets and changing areas. It was twice postponed in the last two years and battled with myriad issues like Covid lockdowns, price increases, labour shortages and supply chain issues.

The scope of the project involved installing a large steel portal across the width of the wardroom and a connecting concrete ground beam through the floor.

Other walls in the building were stripped and ply was installed to increase the bracing and strengthen elements of the building. Along the way, the toilets and changing rooms have been fully renovated and upgraded as well as new lighting and carpet for the wardroom and a lick of paint.

The RPNYC building is now a safer place for everyone to be as well as continuing to be an intrinsic part of the Wellington and Clyde Quay landscape and heritage area.

Thanks to funding assistance from Four Winds Foundation, Lion Foundation and the Wellington City Council Built Heritage Incentive Fund and the team at Scotty’s Construction. The club will have the wardroom ready for opening day on October 9.

The club look forward to welcoming sailors and guests through the doors over the summer to check it out. 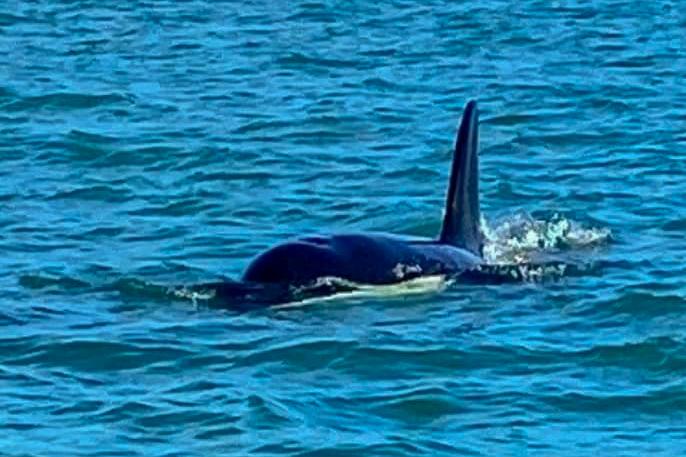 There is magic to be found on the waters of Mercury Bay, as coach Jonathan Kline and his daughter Annabelle experienced first-hand over the weekend.

As 10-year-old Annabelle explains: "When we launched our Hobie Cat, we were a little disappointed that we didn’t have more wind, then my dad saw it, the first fin. It was black and had a pointy tip. It was jagged on the back side of its fin. It was a large orca, a bull.

"There were babies and mothers together swimming back out to sea. Suddenly we looked behind us and there were three teenage orca looking as if they were going to bite our rudder. Dad wiggled and wiggled the rudder and they finally stopped trying to bite it and swam away. So that was our amazing Saturday. My dad always says you can find magic when you sail.” 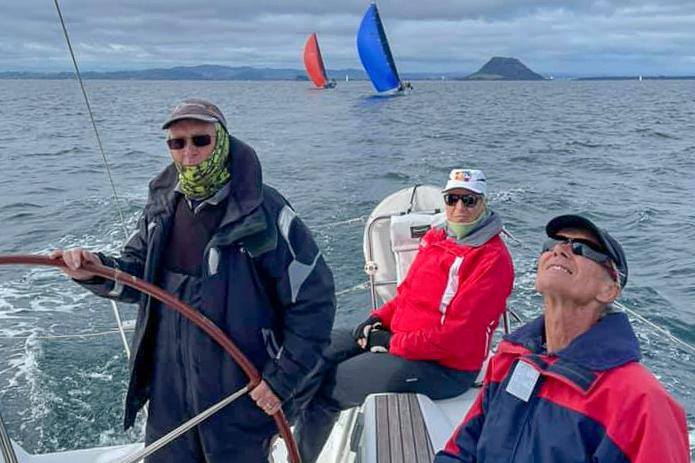 The Tauranga Yacht & Power Boat Club enjoyed a great start to their keelboat racing season last Wednesday with race one of the Burton Sails Summer Series.

Strong winds gusting up to 30 knots challenged the fleet and caused a few wipeouts, which added colour to proceedings at the club afterwards for prizegiving and a delicious curry.

Contrasting conditions then greeted a fleet of seven boats for the Mayor Island race on Saturday. A light breeze of 4-6 knots floated across the course for most of the 18 nautical mile race before 10-12 knots kicked in for the last mile to get the boats home. 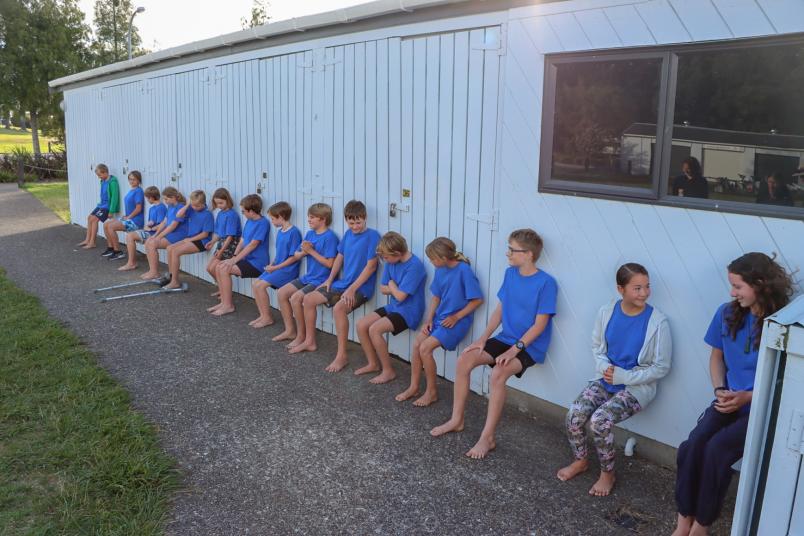 The Hamilton Yacht Club have been running their annual Opti sail camp for longer than most members can remember.

This year saw 14 keen sailors join the four-day, three-night camp at the club, when the clubrooms were turned into temporary sleeping quarters with blowup mattresses and stretchers.

Sailors were woken at 7am each morning for a run, followed by a swim at the local pool across the road from the club. An action-packed day followed with fun sailing, races, lessons and fitness tests.

But it wasn’t all about sailing, with kids participating in other fun activities such as paddleboard races, movies and quiz nights. 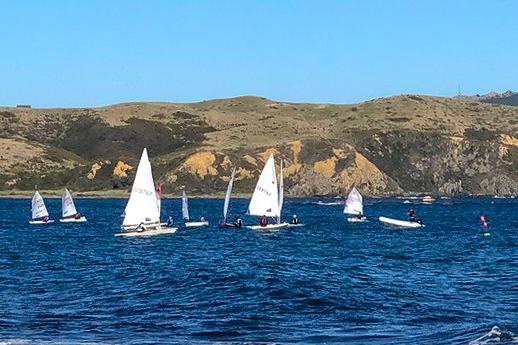 The Plimmerton Boating Club held their 96th opening day last weekend and are putting a significant focus on club activities this summer.

For once the breeze was gentle, and with sailors in boats ranging from Optimists to Noelex 22s taking to the waters of Karehana Bay. New vice commodore of sail, Warren Coffey, put together a great inshore course described by veteran Finn sailor Ray Hall as “shifty and challenging".

"Everybody enjoyed the chance to get out on the water, and brush off the winter rust. This season looks like it will be a good opportunity to grow our dinghy fleet and club racing due to travel restrictions and we have a real focus on club this year at Plimmerton.”

It has meant the club have added a new 4.7m RIB to their fleet, with the help of funding from NZCT.