The four Yachting New Zealand regional development managers take a look at what has been happening in their areas and also remind you of the importance of checking lifesaving equipment.

Have you checked your club’s AED lately?

Automated External Defibrillators (AEDs) are worthless if they are not checked and maintained regularly. Sadly, there have been instances where people have responded quickly to an emergency by accessing their AED, only to discover it's not working.

It's recommended that AEDs are inspected and tested every three months by checking the following:

AEDs are important pieces of lifesaving equipment and need to be properly stored to make sure they are accessible and ready to use should an emergency arise. Remember to ensure: 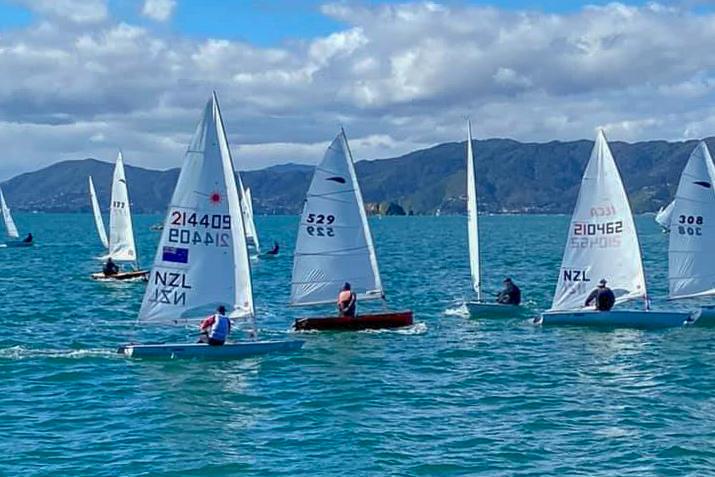 The Worser Bay Boating Club opened their 66th season in a perfect weather window, with a light dusting of snow on the ranges, a sweet little breeze, sun shining and well over 50 boats on the water.

It provided a great setting for the Mumford Trophy Opening day race, made all the more special for the fact Wellington had recently moved to Alert Level 2.

"I was a bit anxious that we were lacking in ceremony, yet we wanted the emphasis to be about getting people on the water and sailing," Worser Bay commodore Mel Parkin said. "Thanks to the team for the collective efforts to get us on the water and have the bar open, within our guidelines.

"We enjoyed the chance to just be - be on the water, be with our mates, be away from our pressures and other lives. From the feedback we have received, everyone was very grateful for getting on the water and having the focus on sailing rather than ceremony – it’s the Worser Bay way after all.

"We are looking forward to another season, and we expect operations to be different and often challenging. These are tough times for many people, organisations and especially volunteer-run sports clubs. The club’s focal point for the season is getting on the water, bringing back the fun and making your race count for something." 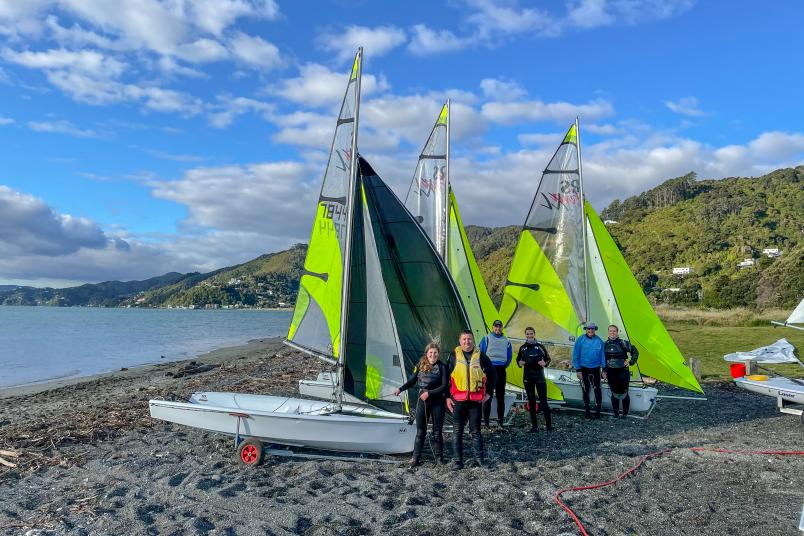 Across town, the Muritai Yacht Club also held their opening day last Saturday, the 84th for the clubs and the start of a new era with a brand new fleet of three RS Feva XLs.

The boats got their first outing as a trio for three sprint races, staged in sunshine and a steady 10-12 knot southerly breeze after a week of gales and showers.

New commodore James Sorensen was sharing the helming duties of one with Tesca Edwards and was excited about the prospect for the boats.

"The Fevas will enable us to supercharge our current junior programme by allowing our juniors to sail together which is a consistent message we've had from them for a few years now," he said. "They will also give us a great platform to support adult learn to sail which we haven't had previously.

"We're very hopeful they will serve us well in combating the financial and demographic challenges that sailing is facing as a sport outside of certain areas.

"We are very grateful to the charitable trusts, the One Foundation and TAB, plus the generosity of several of our members who have made this happen."

The club are looking forward to a busy sailing season with a newly-expanded championship series and plans for an enhanced social scene, Covid levels permitting. 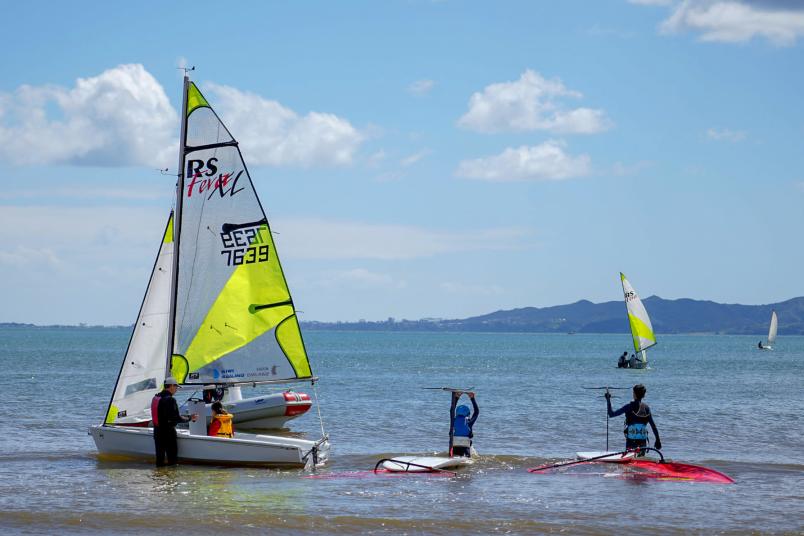 The Taipa Sailing Club also marked the club's return to operations with their Back to Water regatta last weekend.

As many as 43 sailors representing 12 classes from Rawene, Tutukaka, Marsden Point, Bay of Islands, Kerikeri and Taipa classes came together at Taipa Point. Included in that number were eight Laser sailors from Rawene in the Hokianga.

They were treated to a brilliant day of warm weather and 8-15 knot south-westerlies and five races were run by club patron Paddy Sims and his team with help from members from the Bay of Islands Yacht Club.

"For me as commodore of the club, it was a humbling experience and one of the best regattas I have been involved with over my 45 years in the sport," Taipa Sailing Club commodore Roger Hall said. "It was heartening to see the smiles on everyone's faces and the warm chatter over the BBQ afterwards.

"Taipa is a family club based on friendship and support and in these tough times our theme was to reach out to the wider sailing community in Northland and bring everyone possible together under one roof, for one day of superb sailing." 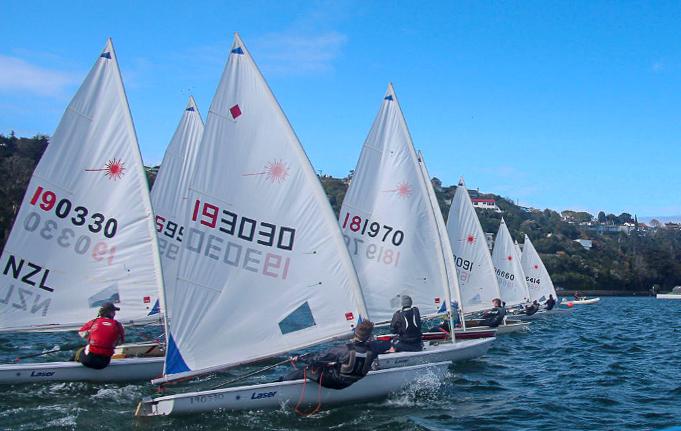 The Vauxhall Yacht Club marked the 50th anniversary of the Laser class with some good racing on the Otago Harbour followed by birthday cake.

The club were thrilled to see 18 boats on the water, especially given Covid restrictions and a mixed forecast, and they even attracted a few out of towners from Central Otago.

Five short races were held and the event captured the spirt of the Laser with all sail sizes present and a mixture of abilities and ages, from teenagers to grand masters. A mixture of wind strengths even caught some of the best sailors out.

The racing was followed by a short talk by former Olympic sailing coach Erik Stibbe and birthday cake. 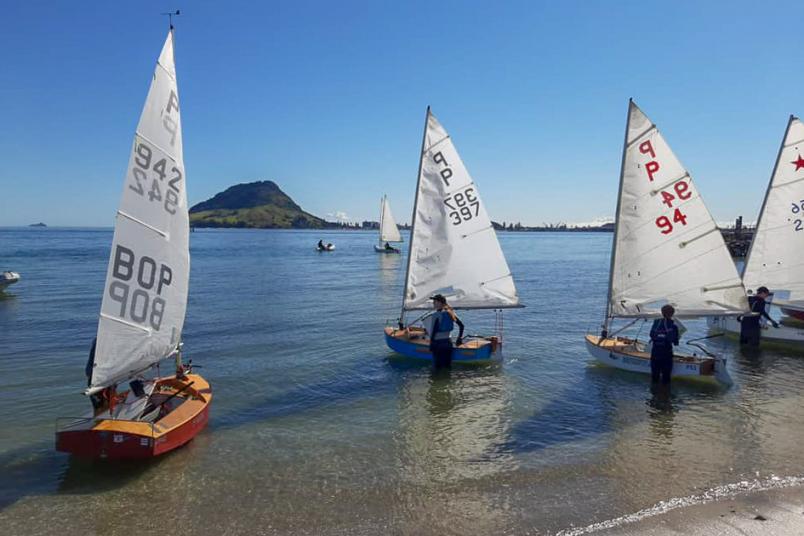 A group of keen P Class sailors hit the water in Tauranga for some coaching over the weekend as many in the region took the opportunity to be able to get back out on the water.

There wasn't a lot of wind but it was a gorgeous day nonetheless and the sailors were pretty happy to be able to go sailing again.