The four Yachting New Zealand regional development managers take a look at what has been happening in their areas and also provide some ideas on how to reinvigorate annual club regattas.

Annual club regattas have been more scarce over the past couple of years due to the disruptions caused by Covid but are a great way to regenerate activity and should be on the agenda for the next season.

There are many ways to ensure a successful return to club activity, including the following: 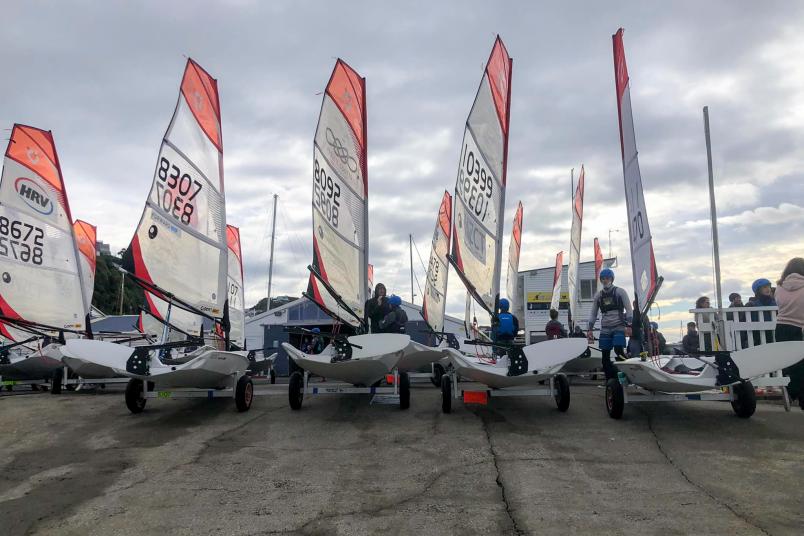 As many as 26 boats from across the lower North Island took part in the Wellington O'pen Cup hosted by the Evans Bay Yacht & Motor Boat Club recently.

The 10-race series saw a mixture of courses used, with the fleets doing windward-leewards as well as some blast reaching before finishing adjacent to the club wharf within touching distance of spectators.

The fleet comprised a great group of sailors and parents, with old friendships rekindling and new ones being made.  The whole event had a fantastic feel to it with sailors, parents, and volunteers leaving with huge smiles on their faces.

Congratulations to the prize winners and, more importantly, all the sailors who took on windy Wellington's conditions on the Sunday - there were some awesome capsizes.

Full results can be found here. 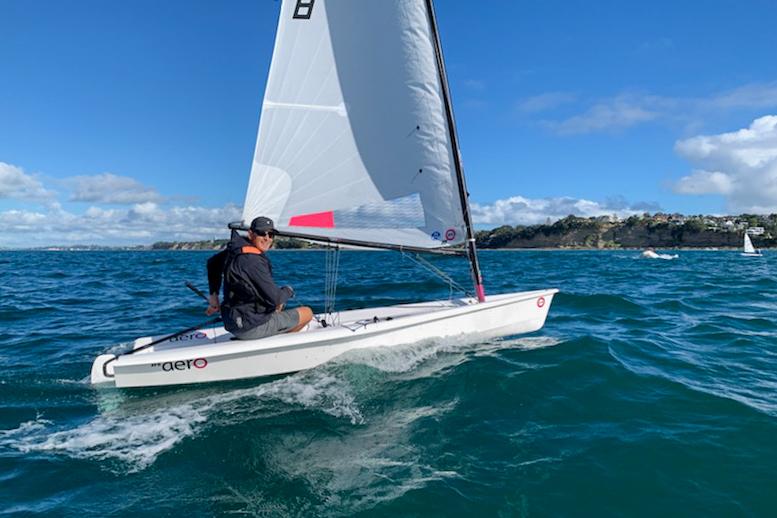 If you walked around Murrays Bay on the weekend, you might be gobsmacked at who you might bump into.

America's Cup sailors Dean Barker, Jim Turner, Stu Bettany and Stu Clarke were all on hand helping run the club champs and other club volunteers over the weekend. And Barker even jumped in an Aero (pictured above) for the final race.

It’s safe to say the courses were bang on, according to regional development manager Hayden Whitburn who even managed to get out for a sail himself.

Six races were completed over two afternoons last weekend in ideal moderate onshore conditions, which was the perfect way to cap off a big season for the club, and it was great to see sailors of all levels battling it out.

Congratulation’s to all the sailors taking awards at the club champs. 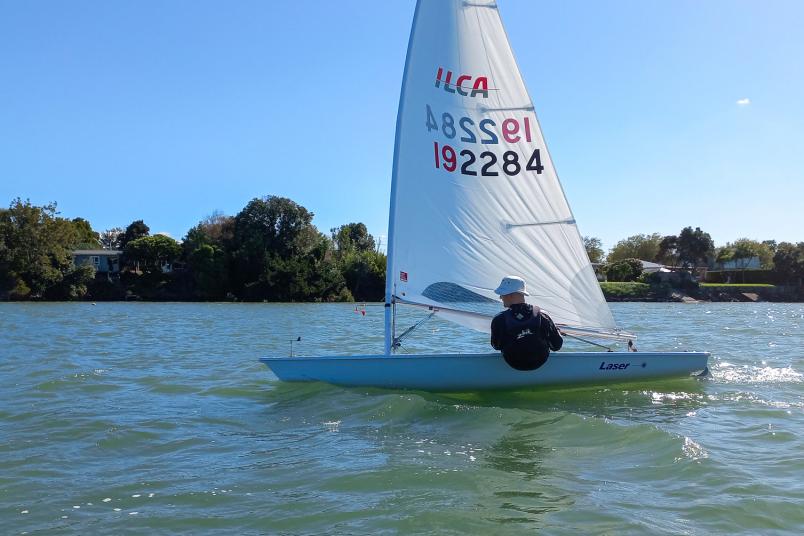 ANZAC weekend was a busy one for the Panmure Lagoon Sailing Club, who hosted two big events back to back - the King & Queen of the River race on Saturday and the RSA Regatta on Sunday.

The King & Queen of the River race starts between the Panmure and Pakuranga bridges and races up the Tamaki River past Highbrook to the Southern Motorway and back. The race committee plan the race around high tide to ensure sailors run with the tide both ways and is 6.5 nautical miles.

This year a gentle 8-10 knot breeze helped the seven entrants. Mark MacIntosh from Port Ohope Yacht Club makes an annual trek to Panmure for the race and took out the win for the third consecutive year.

Five windward leeward races were completed in the Panmure Basin the following day and Roger Winton (Pupuke Boating Club) made it a clean sweep by winning all five races in the ILCA 6 (Laser Radial) division.

It was great to see a couple of Buckland Beach Yacht Club juniors (Ben McKeen and Tim McCulloch) give the masters a bit of competition to finish an impressive second and third respectively.

Cris Brodie (Tamaki Yacht Club) won four of the five races in the ILCA 7 (Laser) division to win by four points over Nick Page in second and MacIntosh third.

The RSA Regatta has been running for nearly 50 years and, being ANZAC weekend, a donation tin was passed to raise funds for the RSA. 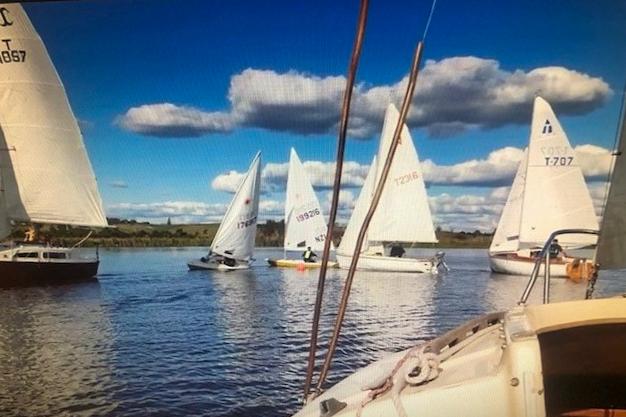 The six-hour race proved to be a fantastic way to close the season for the Ngaroto Sailing Club recently, especially with beautiful weather and a really good turnout of ILCAs and trailer yachts.

Well done to all the juniors who sailed the full six hours - great effort - and congratulations to the winners Arthur G and Mike Allison.

The club are looking forward to next season, hopefully without the disruptions of Covid and the lake closure. 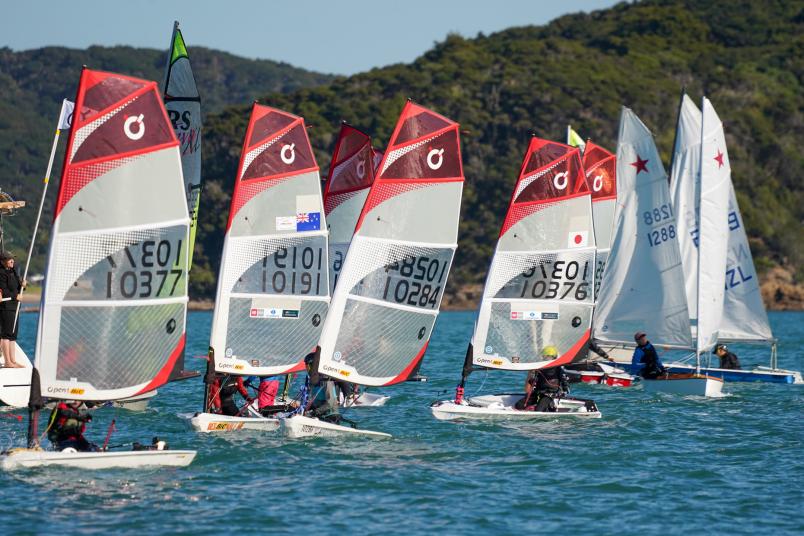 Entries are still open for this weekend's Burnsco Interschools Regatta hosted by the Bay of Islands Yacht Club.

The event is open to all ages (you don't have to represent a school) and for sailors in the Optimist, O'pen Skiff, Starling, ILCA, RS Feva, 29er and Open Foiling fleets.

Up to eight races are scheduled across the two days and entries are open until May 5, after which time a late entry could apply. Find the notice of race and entry form here.