Paul Snow-Hansen and Dan Willcox know that, no matter what happens over the next couple of weeks at these Olympic Games, this will probably be their last 470 regatta together.

The pair, who have been sailing together for nine years, will savour the experience in what will be the final Olympics before the 470 becomes a mixed class for the next Games in Paris.

They will go in with high expectations, especially after winning their last regatta, the 470 European Championships in Portugal.

It was a result partly borne out of isolation. While some were frustrated by the 12-month postponement to the Tokyo Olympics brought about by Covid-19, the delay allowed Snow-Hansen and Willcox to spend considerable time improving their speed in certain conditions.

They had always had the ability to do well, illustrated by their second at the 2016 world championships and World Cup win in Genoa in 2019, but knew they weren't the complete package.

"We were a little bit lucky to have this successful 2019 European season and then go to Japan [for the Olympic test event, world championships and World Cup] and get a bit beaten up," Snow-Hansen said. "It meant we came away from that with this list of things we needed to work on to put us in a position where we could actually get close to a medal."

They couldn't do it on their own, however, and spent a few months patiently working with former 470 world champion Simon Cooke and a couple of promising crew in Andre Van Dam and Sam Street to turn them into training partners. They also went in search of the conditions they wanted, often heading to Tutukaka in Northland for training blocks.

"We had to think creatively," Willcox added. "In terms of gear development, we could put our training partners in our package from 2019 which was our base and we knew where that was at compared to the fleet. That gave us a chance to play around with the other boat.

"Not having a training partner in New Zealand previously never gave us an opportunity to do stuff like that. It gave us a chance to get experts around and play around with things like sails and hulls. We wouldn’t have had a chance to do that without a full year so the delay definitely worked in our favour." 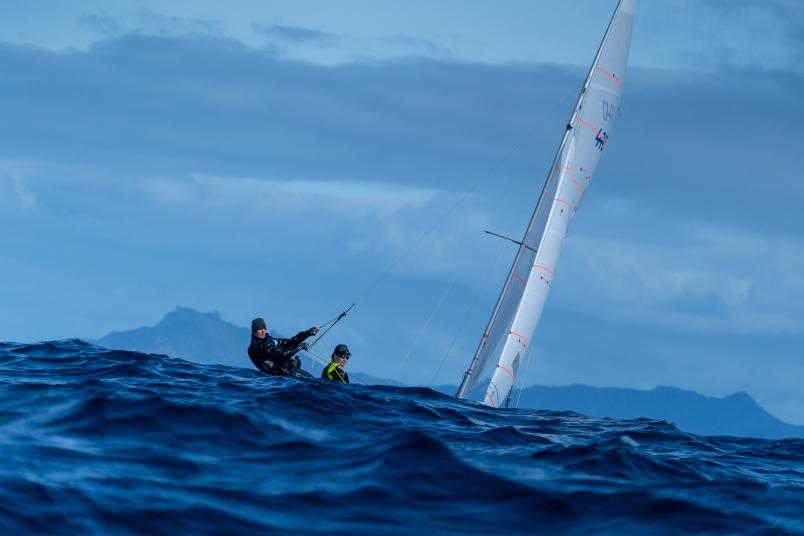 It all came together at the European Championships in Portugal in May. That was the last time the entire Olympic fleet came together, so Snow-Hansen and Willcox are looking forward to checking back in with the fleet over the next three days for practice racing before the real thing starts for them on July 28.

Fleets at the Olympics tend to be much smaller, and 19 crews will line up in the men's 470, but it is stacked with high-class sailors. Multiple world champions Mat Belcher and Will Ryan from Australia are perennial contenders but the likes of Sweden, Spain, France, Great Britain, Greece, Portugal and, of course, New Zealand could be in the mix.

Snow-Hansen and Willcox know they didn't sail to their potential at the 2016 Rio Olympics, when they finished 10th, but feel a lot more settled this time around. Willcox is a new dad, and they've had consistent guidance from coach Geoff Woolley.

"We’ve probably never had such a good feeling with a team around us," Snow-Hansen said. "Since Rio we have built our tighter team and it’s felt really rewarding."

What would round it off would obviously be success in Enoshima.

"We will always look back on these nine years with fondness, regardless of how we go here," Willcox said. "It almost takes the pressure off a little bit. But it's also strange that it's the last time the men's 470 will be at the Olympics, especially as the fleet is really strong right now. It’s probably the best racing we’re ever going to do, and that’s exciting."