It's a sign of Veerle ten Have's achievements over the past couple of months that she walks away from the iQFoil European Championships at Lake Garda disappointed with a 12th-placed finish.

The 21-year-old missed out by a solitary point on competing in a dramatic top-10 medal race series this morning, when four competitors were black flagged from the first round. France's Helene Noesmoen then went on to claim the title ahead of Great Britain's Emma Wilson, who had topped the standings going into the medal races.

Ten Have at times showed the sort of the form that saw her finish seventh and fifth at her first two international regattas of the year in Palma and Hyeres, banking 10 top-10 results in the 20-race series, but was left frustrated by a collection of bigger scores and disqualifications that hurt her scorecard.

"I know to many it may seem like a great result, however, I can't help but feel dissatisfied with it," ten Have said. "My racing was inconsistent and I was unable to perform to the standard I know I'm capable of. I'm not sure why, but that's something to reflect on.

"The girls have definitely got a lot better since we arrived in Europe [two months ago] – I have got better as well – but I just couldn’t get into the same mindset for this regatta as I did for the other ones. Some days were really good when I would get into a nice zone and other days I didn’t feel right and was really struggling to settle into the day and what was happening."

It will be a valuable learning experience for Ten Have, who is getting used to racing in big fleets again after two years in the international wilderness. The main objective of the two-month block in Europe for the young New Zealand squad was to check in with the international fleet and see what areas needed to be worked on. 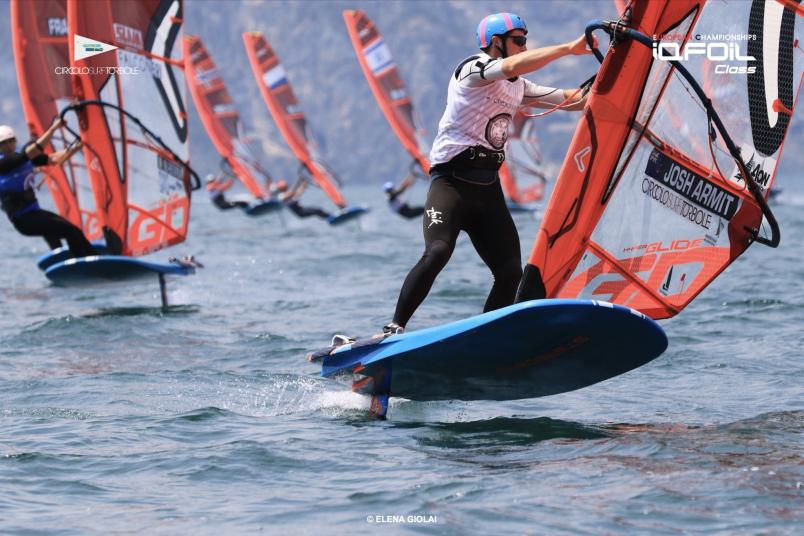 Josh Armit, who was eighth at the French Olympic Week regatta in Hyeres, started the Europeans strongly, banking five top-10 results including a win in a slalom race, before eventually finishing 42nd.

"It's been an impressive trip considering it was the first time for all the sailors to line up against international competition," Yachting New Zealand high performance manager Ian Stewart said. "It speaks volumes to the training, effort and coaching that’s been put in by the squad and JP Tobin here in New Zealand over the last two years.

"It will have been hugely motivating for them to see what a world standard looks like and know that it’s within their reach."

The squad will soon return to New Zealand to prepare for October's world championships in Brest, France, and ten Have says she's feeling more motivated than ever despite the prospect of training at home over winter.

"It’s important now for me to reset," she said. I'm pretty fatigued physically and mentally so I'm going to go home, rest and then put in all the hours in preparation for the worlds in Brest so I’m ready to go.

"I’m really happy to sit consistently near the top. I just want to be better all the time."