This annual week-long regatta is regarded as the pinnacle event of the global youth sailing calendar, and is a significant step for many into the Olympic class pathways.

The NZL Yachting Trust Youth Team who will represent NZ include: 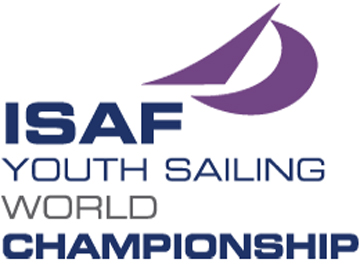 These nine young athletes have a strong support team with them for this event, Ian Neely, Jim Maloney, Scott Kennedy and Karin Adelinger-Smith.

Laser Radial sailor Andrew McKenzie was nominated by the team to be the NZ flag bearer and team leader for the Opening Ceremonies which took place yesterday.

Less than two weeks ago Andrew earned himself a silver medal at the World Laser Radial Youth Championships only to missing out on the gold medal based on a count back system of breaking the tie for overall points.

New Zealand has a proud history of success at the ISAF Youth Worlds which dates back to 1971. Over the history of the event kiwis have returned home with a total of 42 medals including 15 Gold, 15 Silver and 12 Bronze, and this year’s team will be looking to increase that tally.

Past notable winners include Americas Cup skippers, Olympic Medallists and Volvo Ocean Race sailors such as, Russell Coutts, Dean Barker, Stuart Bannatyne. Approximately half of the current NZ Olympic Sailing Team have medalled at this event.

The first races will take place tomorrow, and racing will continue until July 21st.