Owha is a female leopard seal who has called the Waitemata Harbour in Auckland home for the past four years. She sleeps in marinas and on pontoons and swims around the Waitemata from Orakei to Riverhead.

University of Otago student Giverny Forbes, as part of her masters degree, is calling on anyone who has had an encounter with a leopard seal in an urban area. Participation will involve a semi-structured interview over the phone with the main questions approved by the University of Otago human ethics committee.

Forbes has been working alongside LeopardSeals.org since 2016 and helped to monitor Owha since her arrival to Auckland and Northland.

Owha has been residing in New Zealand waters since at least 2012, when she was photographed off the coast of Dunedin.

For more information, contact Giverny Forbes on forgi603@student.otago.ac.nz. Links to the research questionnaires can be found below. 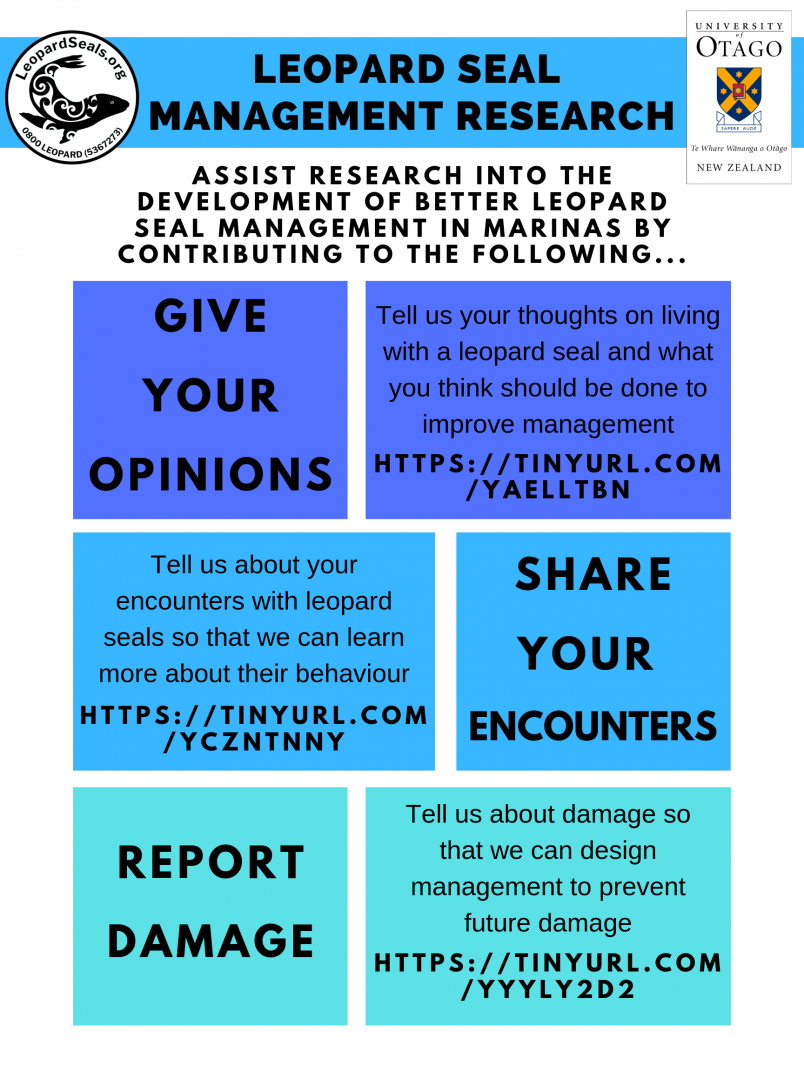