Father and daughter have the Wright stuff

It was a family affair at the Zephyr national championships at the Queen Charlotte Yacht Club this week, with Greg Wright claiming his second title and daughter Polly picking up the women's trophy.

Greg Wright started the final day in third behind Kelcey Gager and five-time winner Tim Snedden but won two out of three races to edge in front and repeat the success he had in 2018. The Worser Bay Boating Club member sailed consistently throughout, winning five of the nine races and only once finishing outside the top 10 in the fleet on 52.

Snedden was runner-up and Gager had to settle for third.

Polly Wright, was first female and third junior (under 40) overall. She enjoyed one top-10 result during the four-day regatta, a ninth in the final race.

A host of age-group titles were also handed out, as well as ones to Richard Inneson (handicap winner) and Hansie Eichholz (most improved trophy). 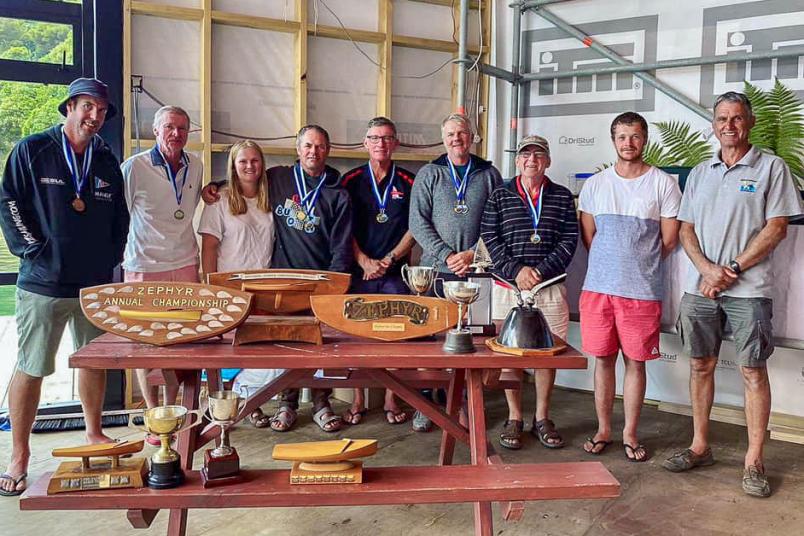 Conditions on the first day challenged many of the sailors, with 17-20 knot winds and sizable chop, and there were a few capsizes and gear breakages.

The third day was cancelled as a storm passed through the country and several competitors took the opportunity to explore Marlborough on a wine tour before a meal at the not-quite-finished clubrooms at the Queen Charlotte Yacht Club.

The weather cleared sufficiently for three races on the final day in a dying breeze.

The Zephyr continues to be a popular class in this country and the regatta ran smoothly thanks to the number of volunteers who helped out.

Results and standings from the Zephyr national championships at the Queen Charlotte Yacht Club: