A plethora of events will be held throughout 2021 to mark the Royal New Zealand Yacht Squadron’s 150 years, which also coincides with Auckland hosting the 36th America’s Cup.

The club have been at the forefront of international and domestic yachting throughout their 150-year history, being the only club to win, lose and then win back the world’s oldest sporting trophy – the America’s Cup - and they have also played a leading hand in numerous sailors going on to win world championships.

New Zealand's largest sporting club also runs a variety of volunteer programmes that will be essential to the delivery of what will be a bumper 2021.

Visitors and locals alike can be assured of an exciting and diverse calendar, including J Class racing, superyacht regattas as well as offshore and New Zealand-based races.

Vice commodore Aaron Young is thrilled with the events secured in the calendar so far, and said others are close to being added for the 150th-year celebrations.

“We have already added some really great events, and pencilled in some others, throughout the America’s Cup period and for the duration of the year that we believe our membership base and the entire country can really get behind,” he said.

Kicking off the sesquicentenary celebrations is a race to Kawau Island on New Year’s Eve 2020 which will be followed by the Kawau New Year’s Day Regatta and then by a Kawau to Great Barrier Cruise from January 3-6.

It's hoped a number of J Class yachts will come to New Zealand to sail in events in the Bay of Islands in February and then in Auckland from March 1-6. There is strong interest from the class already with entries now open.

The J Class yachts will be a spectacular sight and will add a great deal of excitement for the general public and especially for avid sailing fans during the America’s Cup period. These yachts are 40m-45m long and have a crew of 30-plus professional sailors on board. They were used in the America’s Cup during the 1930s. 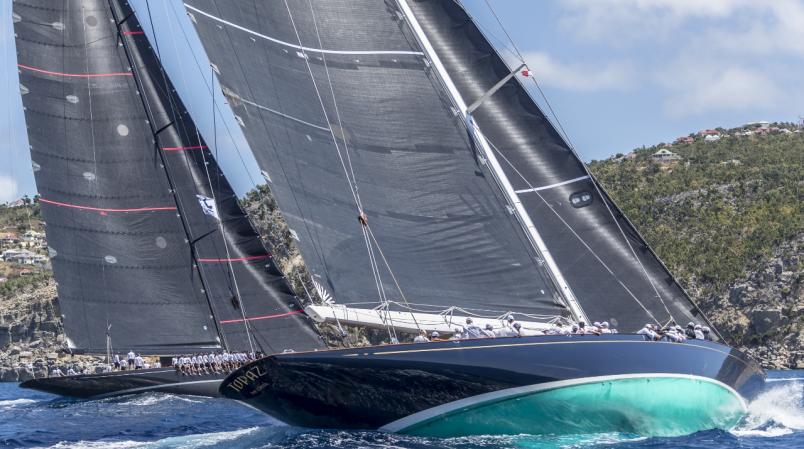 The J Class will add a lot of colour and interest to the Royal New Zealand yacht Squadron's 150th celebrations. Photo: Carlo Borlenghi.

There will be an abundance of superyachts joining in the celebrations, with a superyacht regatta organised by the Squadron locked in for February 25-27 in Auckland. This is likely to be the biggest that has ever been seen on New Zealand waters.

These visitors are expected to inject millions into the local economy, creating jobs along the way, and the Royal New Zealand Yacht Squadron also offer full logistical support to ensure their time in New Zealand is as stress-free as possible. Contact superyachtsupport@rnzys.org.nz for more information.

Dates are still to be confirmed for the America’s Cup Christmas Regatta, but it is expected to take place some time in December 2020/January 2021. The Prada Cup Challenger Selection Series will be in January/February 2021.

The biggest event of the year is the 36th America’s Cup match, with the opening weekend in Auckland on March 6 and 7.

says 2021 is going to be an unprecedented year for the region.

“Auckland is gearing up to host a mega year of events starting with the 36th America’s Cup, the Royal New Zealand Yacht Squadrons 150th and finishing with APEC Leaders’ Week," said Steve Armitage, Auckland Tourism, Events and Economic Development (ATEED) general manager, destination. "There will also be a diverse array of international sporting events such as the women’s rugby and cricket world cups, World Softball Championships, the national kapa haka festival, Te Matatini, along with the exciting annual events calendar.

Young said there were also two more globally recognised in the pipeline.

Writer and sailing historian Ivor Wilkins is currently putting together a beautiful coffee table-style book that will chronicle the entire 150-year history of the Squadron, as well as the 150th year celebrations, which will be released on October 2, 2021. The Squadron are also working on producing a special commemorative coin and other precious memorabilia.

“The team at the RNZYS are very busy working behind the scenes to get all of the planned events fixed in the calendar," Young said. "Entries are now open for the major events, so stay tuned for more dates and details to be announced in the coming weeks.”