It might have been her second world title but Elise Beavis feels legitimately like a world champion this time around after finishing on top at the recent International WASZP Games in Italy.

Beavis claimed the title at the 2019 International WASZP Games in Perth but acknowledged she was one of only two female sailors competing and the other, a Norwegian, was sailing on a cut-down rig.

"It was a hollow victory then," she said of her win in 2019. "But to beat everyone over there was pretty cool and feels well earned."

It certainly was. Beavis finished on top in a fleet of 28 female sailors, illustrating the growing size and depth of WASZP sailing internationally, and completed an impressive double by New Zealand sailors.

Sam Street won the men's title, finishing four points clear against a quality international fleet, but had little time to celebrate before he joined his team for the Youth Match Racing World Championship in France and then Governor's Cup starting in the US tomorrow morning (NZ time).

“It was an awesome week of very tight racing,” Street said. “The starts were insane, having 70 boats on the line for gold fleet, so there were plenty of crashes and finding a lane out of the carnage was critical.”

Both Street and Beavis did that by using their superior boat speed and clean manoeuvres. 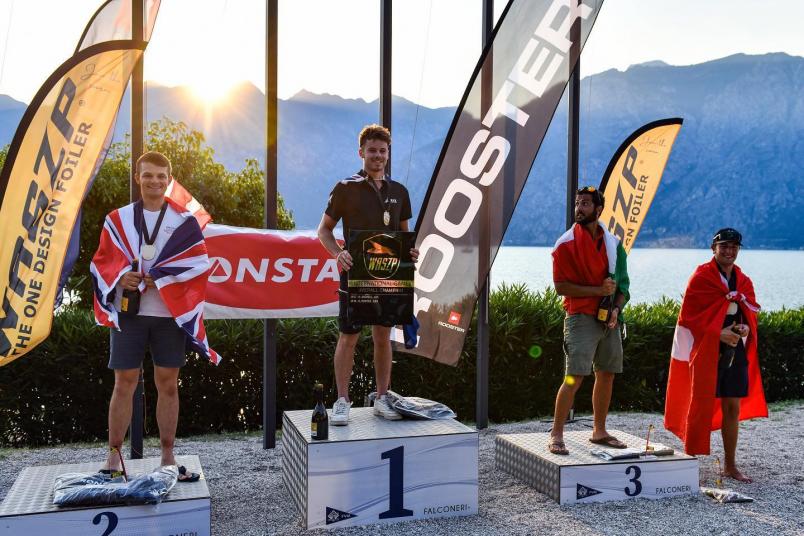 Neither had much idea how they would fare after more than two years in the international wilderness but Beavis felt more at ease after the first beat of her first of two lead-up events before the world championships.

Beavis eventually finished second female at Foiling Week, which set her up nicely for the world championships.

Both Beavis and Street excelled on the penultimate day and first day of gold fleet racing, winning three of the four races, but had some nervous moments on the final day.

"I had had the leaders bib every day so I felt like I had a target on my back the whole time," Beavis said. "On that last day, we needed to get four races in to have a second drop and that first race was a shocker - it was quite light and a bit patchy - and it ate up half the gap between us.

"The same thing happened the day before. I just had to forget about it and move on. Fortunately the wind built a bit and I had a bit of an advantage in that after all the sailing in the East Coast Bays where you learn to sail in waves, which isn’t particularly easy but good preparation.

"In the last race it was quite windy and I rounded the last mark and found only a couple of boats ahead of me so realised then that was going to be enough. I felt justified in going over there [to Europe to race], but it was definitely a relief that I managed to stay ahead."

The environment has changed a little in the last week, with Beavis returning to a New Zealand winter and work, where she is a designer with Emirates Team New Zealand. She will try to fit in next year's European championships in France and world championships in Melbourne but knows work is her priority right now as the America's Cup starts to ramp up.

Beavis will also look to develop interest in the single-handed foiling class here in New Zealand, especially as she's the class president, and is working on a plan for next year's national championships to be contested in Christchurch in March to coincide with the New Zealand round of SailGP.

The WASZP is used by SailGP for their Inspire programme, which combines racing with an insight into professional sailing. New Zealand's Sean Herbert won the Inspire WASZP Grand Final earlier this year in San Francisco.

"There's some seriously high quality fleet racing internationally in the WASZP and it's really valuable to be a part of," Beavis said. "Hopefully the five of us who went over to Europe can generate some more momentum here because it's such a fun boat to sail."

Results and standings from the 2022 International WASZP Games at Lake Garda recently: