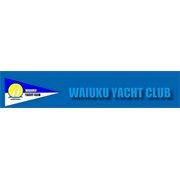 The Waiuku Yacht club was formed 12th November 1953. It was called the Franklin Yacht Club to distinguish it from the existing Franklin Boating Club which catered mainly for motorboats.

At the first meeting, held in Jamesfield's rooms, 25 young men of the district decided to encourage new members to obtain an 11' 8" yacht which was being promoted by the RNZF Hobsonville Club. This yacht could compete with Zeddies and Idle Alongs and could be put in the water for about 20 pounds ($40.00)

The club's intention was to hold fortnightly races and on the first race day, 28th November 1953, about 9 boats of all classes ranging from 7' 6" to 18' took part. The following year the name of the club was changed to the present. The first clubhouse was built entirely by voluntary labour, supervised by R Collie, during September and October 1955.  The 18' x 12' clubhouse was used for storing gear and sails and as a base for supplying crews with hot cups of teas. Power was beyond the club's finances in those early days and water was boiled on a kerosene stove.