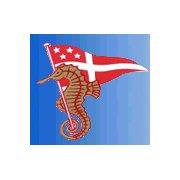 The Devonport Yacht Club was officially founded in 1905, but traces its roots back to the late nineteenth century, when yacht racing was first organised on the North Shore, under the auspices of the North Shore Sailing Club.

Following a name change, this became the North Shore Yacht Club. In 1909 the Club, in company with the other three major yacht clubs in Auckland, formed the Auckland Provincial Yachting Association, forerunner of the present Auckland Yachting and Boating Association.