In a few years from now, people will scan the results from the 2020 PIC's Peanut Butter Starling national championships at the Nelson Yacht Club and not appreciate the full story - because there was quite the back story.

A four-month postponement, concerns about competitors from one part of the country, forecasts for "the most significant weather event of the year" and snow almost down to sea level, it was a reflection of the efforts of everyone involved that the schedule eight races were completed.

Nathan Vince claimed the title in the end, the first time the event had had a new winner in a handful of years after Sean Herbert had won three-straight, as he coped with the full range of conditions. The Kohimarama Yacht Club sailors finished on and impressive score of 13 points, nine points ahead of Naomi Ferrissey (Murrays Bay Sailing Club) with George Pilkington (Wakatere Boating Club) another 18 points behind in third. Ben Mangin in 24th was the top local sailor. 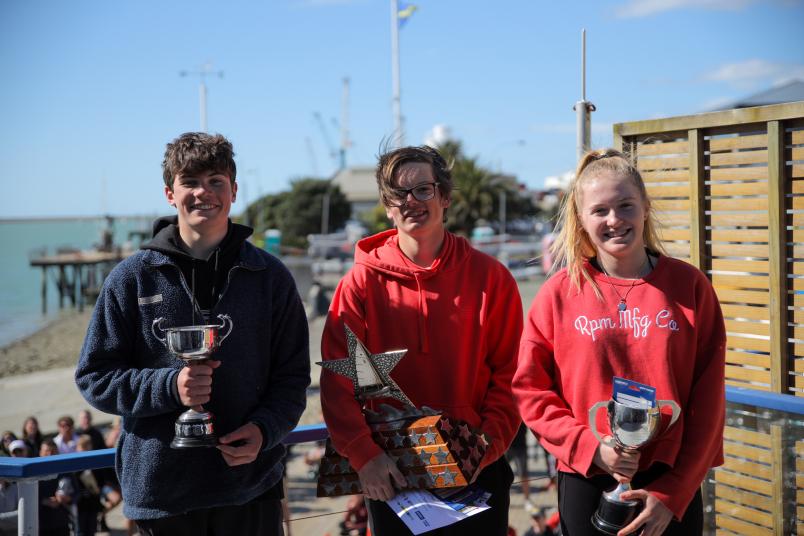 The regatta had more than its fair share of challenges. Rescheduled from April due to Covid-19, the event was on the line right up to the last minute with the latest Auckland cluster, however, it was a much more traditional yachting nemesis that gave organisers sleepless nights in the last few days.

As the club prepared, the news was all about “the most significant weather event of the year”, with gale force winds, heavy rain and snow to low levels. As competitors arrived at registeration, they were told to keep masts down and tie down their boats. A vicious northerly front blew through overnight with gusts of 50 knots.

Day one dawned with a 25-30 knot northerly and a sea state in the Cut that meant the race committee elected to set a course and race inside the harbour. This was challenging for the competitors and the race committee and not what you’d normally expect for a national championship regatta, but it made for grandstand viewing for parents and spectators from the shore. When the south-westerly change blasted through everyone was glad the sailors weren't out in the bay.

Day two saw the sea state flatten off and the sailors get out into the bay for two races, the first of which was in such light conditions you’d be forgiven for questioning the news reports of gales all over the country. Local Noah Malpot achieved the top race result for a Nelson sailor with a sixth in conditions that suited his light weight. At the midway point, Ferrissey was leading the fleet.

Day three will be one that few who were on the water will forget. With locals saying they’d never seen snow so low, and apparently people making snowmen in Tapawera, it was bitterly cold. With the sailors halfway through the first race, the south-westerly kicked in causing capsize carnage and some busy times for the safety boat team.

The race committee shortened the course and sent the sailors home. It was an exhilarating blast back to the club and, despite the cold, there were some big grins as an awesome team helped get the sailors and their boats ashore in the blustery conditions.

In the end, with three races in fantastic fresh conditions on the last day, the race committee completed the eight races scheduled.

“With the conditions experienced by the rest of the country, I’m not sure there are many other venues where we’d have got a regatta completed, let alone a full schedule," a spokesperson said. "We are really fortunate in Nelson to have the shelter of the boulder bank. The development fleet enjoyed some great conditions in the harbour throughout the contest.”

The variety of conditions across the four days truly tested the competitors and every one of them should be congratulated on their resilience and their commitment.

The event was only possible thanks to the 71 volunteers involved over the course of the regatta, and a collection of fantastic sponsors who were so supportive through the rescheduling/delay: